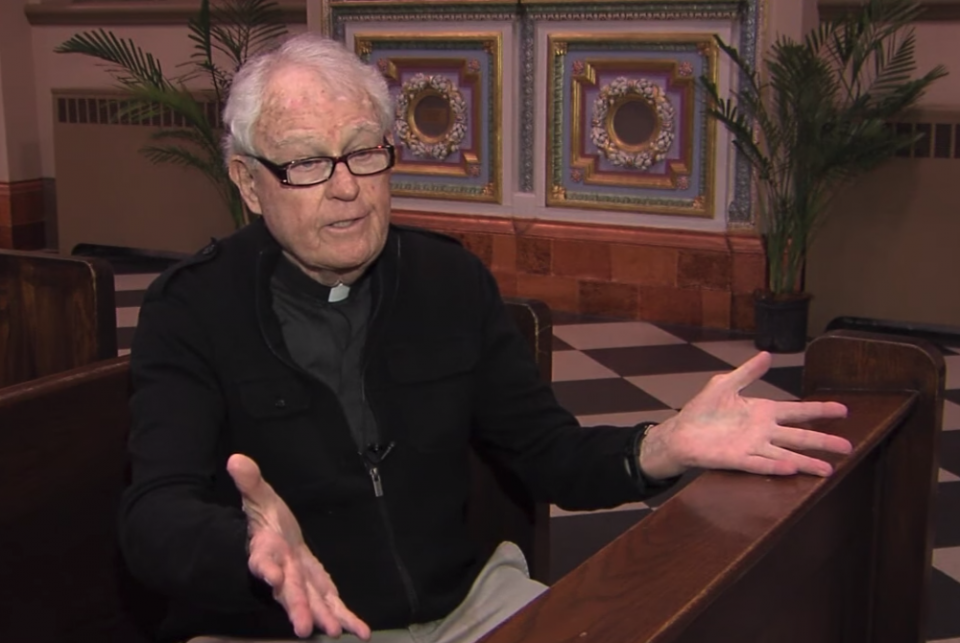 Msgr. Neil Connolly is pictured in a screenshot from a 2014 video (NCR screenshot/YouTube/RENEW International)

The first time Neil Connolly offered confession it was not in a dark wooden confessional behind heavy velvet curtains or screens, it was in the back of a colmado: a Puerto Rican convenience store. It didn't smell like incense or burning candles, but like bacalao, salted codfish, a Puerto Rican staple. He sat on a wooden wine barrel in the back of the store while a line of people waited to sit beside him on a crate to confess their sins and get absolution. He did his best to respond in Spanish. Connolly celebrated his first Mass in a small hilltop chapel. The sugarcane workers who came to Mass removed their muddy shoes, walking barefoot into the chapel, and Connolly did the same. He delivered his first sermon with bare feet in the countryside.

In his formative experiences in Puerto Rico, Connolly fulfilled his priestly duties without the rich materiality of Catholicism. Without a building or confessional, he wondered: Did the sacraments work without all the stuff? These were lessons he took with him when he was assigned to be a priest in the South Bronx at St. Athanasius and when he became the vicar of the South Bronx. Angel Garcia's book The Kingdom Began in Puerto Rico: Neil Connolly's Priesthood in the South Bronx explores Connolly's priesthood and the many ways he learned to be a priest of the people from the 1960s to the 1980s. He met them where they were, whether in the muddy hills, the grocery store or the streets. This book is about how Connolly struggled with what it meant to be a priest in a Vatican II Church, and a priest of the South Bronx. 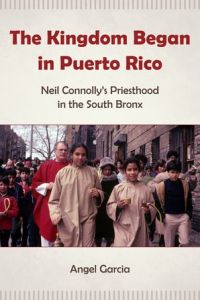 In one sense, this book is a biography of a priest trying to make sense of his own authority and mission. In another sense, this book offers a social and religious history of the South Bronx during a time when residents struggled with poverty, deteriorating infrastructure and a lack of services. Throughout the book, which was based on dozens of interviews with Connolly (named a monsignor in 1995), who died in 2017, as well as historical research, we see a priest frustrated with the hierarchy, with New York's archdiocese, and those at the top who seldom took the time to visit the Bronx, even as the people there faced an "unholy trinity" of epidemics: poverty, heroin and crime. Connolly often felt like parishioners were invisible to those at headquarters — he was frustrated with symbolic shows of power and diocesan inaction.

By 1960 there were 612,000 Puerto Ricans in New York City, most populous in the Bronx. By then many Puerto Ricans in New York City had experienced multiple migrations, first from the island, then from neighborhoods like East Harlem and the Lower East Side when urban renewal policies like housing clearance forced them out of their neighborhoods. In the Hunts Point-Longwood section of the Bronx, the largely Puerto Rican residents lived in overcrowded apartments, many "living on annual incomes under $3000." From the 1950s to the 1960s New York had lost over 170,000 industrial jobs, those very same factory jobs many Puerto Ricans relied on to make a living.

The Kingdom Began in Puerto Rico offers readers insight into how parishes and communities worked together to form bonds of mutual care during these difficult times. Because the church could not afford a cook, Connolly hustled to different apartments for dinner every night, probably eating pasteles, arroz y gandules and tostones. As he sat in the apartments of parishioners he thought about his relationship with the people, knowing he could turn to them and say, "I am trusting that you will care for me when I am in need, as I care for you when you are in need. The 'Church in the world' was not something just theoretical, out there … it was right in this apartment" and in the neighborhood more broadly.

Together Puerto Rican Catholics and clergy created chapels, drug treatment centers and hosted youth and senior services. They formed small communities of Bible study and reflection in apartments. Clergy members partnered with residents to demand streetlights, heating and livable conditions. This was a Catholicism of street Masses and marches. To define the church, Connolly looked not to the chancery, but to the community. Sometimes this meant he was in defiance of the bishop, as he rejected pastorships at churches outside the Bronx.

He saw the Bronx not as it existed in the broader American imagination as a place of urban decay and ruin, but as a place to cultivate the kingdom of God. In the Bronx, among community organizers and laypeople, he saw a "sneak peek" of the kingdom and he thought "it was good to know that they speak Spanish in the Kingdom."

The Kingdom Began in Puerto Rico is a story of how a priest struggled to live the call of the Second Vatican Council, and how he worked alongside laypeople for social justice in the Bronx. It joins books like The Virgin of El Barrio and Guadalupe in New York in bringing readers into a world of grassroots Catholic activism and a church that lives in protest and community organization.

It is also a story of an intransigent institutional church caught between rigid ideas of authority and a spirit of reform. What emerges from the book is a view of Connolly's ministry and the South Bronx's parishes and organizations as a model and microcosm for a post-Vatican II Catholicism: what its leadership might look like, how it understands power, how it lives out the church as the people of God.

A version of this story appeared in the Feb 5-18, 2021 print issue under the headline: Priest worked for justice in South Bronx . 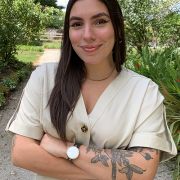 Alyssa Maldonado-Estrada is an assistant professor in the department of religion at Kalamazoo College and is the author of Lifeblood of the Parish: Men and Catholic Devotion in Williamsburg, Brooklyn.

Why are we silencing women (and lay) preachers?