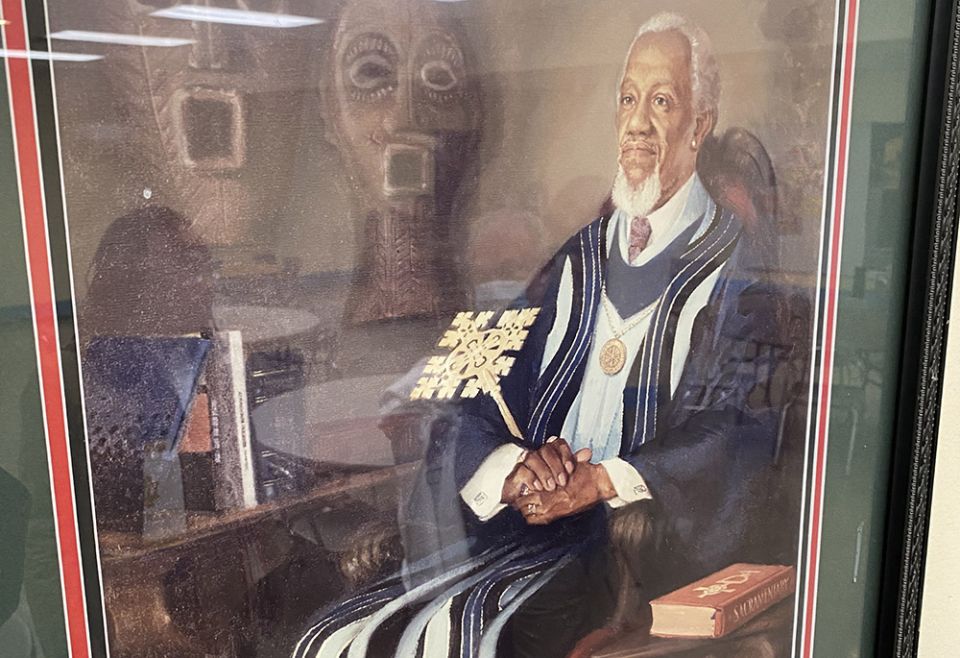 A painting of Fr. Clarence Joseph Rivers is pictured at St. Joseph Catholic Church in Cincinnati, where he served as associate pastor and where he began composing music. (Courtesy of Emily Strand)

Rivers was the pioneer Black Catholic composer who set the American church ablaze with his 1963 album, "An American Mass Program," a solemn, soulful blend of Roman chant with Black sacred song, and the beginning of his long career in liturgical inculturation.

Born in 1931 in Selma, Alabama, Rivers was a Black Catholic priest in Cincinnati, Ohio, who broke barriers of race, culture, worship and art. He was the first African American priest to be ordained for the Archdiocese of Cincinnati in 1956. He worked as an associate pastor in Cincinnati's West End, at St. Joseph Catholic Church, and it was in this space where he began composing.

During the civil rights movement, Rivers began composing, and his music combined spirituals and Gregorian chant. After having been encouraged to "do something" by Msgr. Clement Busemeyer, pastor of St. Joseph's, about the apparent disconnection between the people in the pews and their experience of worship, Rivers began drawing influence from the previous work of Sr. Mary Elaine Gentemann and especially the widely successful "Missa Luba," a traditional, Congolese Latin Mass setting. At the National Liturgical Conference in 1964, Fr. Rivers performed his hymn "God is Love" at the first English high Mass in the U.S.

His music was better than most, not only because it was profoundly singable; it was biblical, with a more developed theology than much of the repertoire of many other early composers of Catholic service music in English. He was an engine of insight who invented new standards of Catholic worship, composing new songs when old ones no longer served — all during a period of rapid and revolutionary change in the Catholic Church.

In American Catholic history and theology more broadly, Fr. Rivers stands as an icon of what could be a truly integrated church. His work, including books like The Spirit in Worship and Soulfull Worship, demonstrates a person who was deeply informed and immersed in the Catholic tradition, who understood it, had grown up in it and in Black American culture. He brought those aspects of his identity with him. And at some point, Rivers discovered that these elements of who he was could live not only in the same person, but in the same ritual experience.

When we look back at his work, we can see that he sacrificed a great deal: From ministering to composing, he was a unique human being who brought so much to the table. Yet much of his legacy and music and scholarship is unknown, even to academics. His work is still largely unavailable, which makes it very difficult to keep him present to all of us. He was an eccentric person, someone who had a sense of flair that revealed a strong sensibility about human dignity. He was committed to excellence when so many others settled for mediocrity.

When Rivers referred to every fellow Christian as "his or her Grace," he was affirming their identity as "heirs to the throne of God, co-heirs with the Christ" (Romans 8:17). It had a powerful impact on everyone who met him. He had no illusions about members of the hierarchy being just as human as all of us. And he had no problem with pointing that out to them.

Rivers, who died in November 2004 on the feast of Christ the King, was an extraordinarily talented, erudite and interesting person. Through his work, he welcomed everyone and encouraged them to deepen their relationship with God. He shared his Black, Catholic identity and used it to uplift the African American Catholic experience. He believed it was a gifted theological approach, one rooted in the performing arts and capable of pushing the universal church to be better.

Fr. Clarence Joseph Rivers' work and legacy continue to challenge American Catholicism, especially at our current moment as a church and a nation. 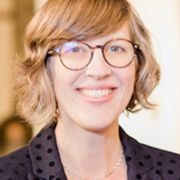 Emily Strand is author of Mass 101: Liturgy and Life and the blog LiturgyAndLife.com. She teaches religion and cultural competency at Mt. Carmel College in Ohio and serves on the National Association of Pastoral Musicians as Chair of the Forum on Communication. She co-hosts the podcasts "Potterversity" and "Meet Father Rivers." 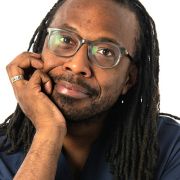 Eric T. Styles is rector of Carroll Hall, an undergraduate residential community at the University of Notre Dame. He writes on theology, liturgy, culture and the performing arts. Since 2013 he has also been a collaborator with Afro House, a music-driven performance art ensemble based in Baltimore. He is the co-host of the podcast "Meet Father Rivers."