Is OCIA the only template that one can use to join the Catholic Church? 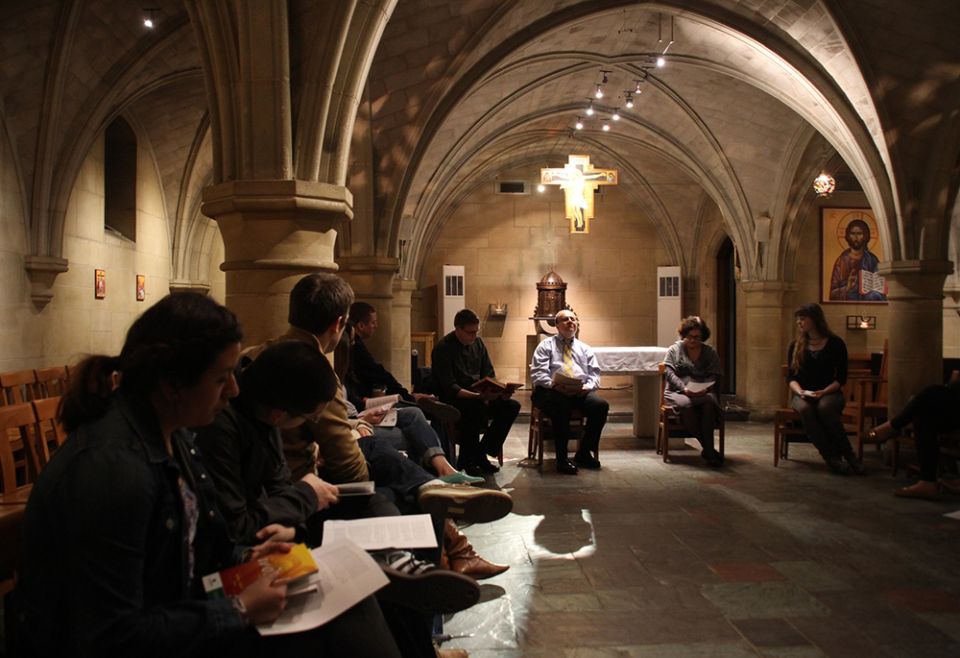 A group of catechumens gathers in Copley Crypt Chapel of the North American Martyrs at Georgetown University in Washington, in a 2014 file photo. The Order of Christian Initiation of Adults, formerly known as Rite of Christian Initiation of Adults, is the process by which people receive instruction in the Catholic faith and are received into the church. (CNS/Ashleigh Buyers)

As Lent begins, we approach the conclusion of the season of conversions in the U.S. Catholic Church.

Yet is this the only template that one can use to join the Roman Catholic Church?

Since the publication of the RCIA manual in 1974, its methodology and use has shifted in practice from a book of guidelines open to "adaptations by the minister of baptism" to an almost mandated manual. This evolution has limited alternate approaches and became a single authorized pathway for all parish conversions.

Almost 50 years since the RCIA's first publication, and with the significant decline in church membership, it is important to consider some alternate ways that can lead to conversion in our fast-changing world.

The Rite of Christian Initiation of Adults manual and program is seven to eight months long with weekly meetings. It entails four periods, three steps, three public events called "Scrutiny Sundays," an exorcism, an enrollment document, public dismissal from the congregation prior to the sacrifice of the Mass, final acceptance and sacraments on Holy Saturday and the fourth period called Mystagogy. Today the manual does not appear to some as "noble simplicity" and it is lengthy.

For the liturgist this is a masterpiece of detail and direction. For some catechists, it is a maze of pages difficult to follow and challenging to present. For many of the aspirants, it is a contest of endurance and public appearances that deter many before they even start.

Contrast this with an early event in church history. Deacon Philip was led by the Spirit to trek from Samaria to Gaza. There he met the Ethiopian eunuch, the treasurer to the queen of Ethiopia. This officer of the court was in his chariot returning home from a pilgrimage to Jerusalem. He was reading Isaiah. The Ethiopian asked Philip to join him and to explain the passage.

Moved by Philip's presentation, he believed. They came to water. The court officer asked: "Is there anything to stop me from being baptized?" Philip agreed and baptized him in the water. They never saw each other again (Acts of the Apostles 8:26-40). 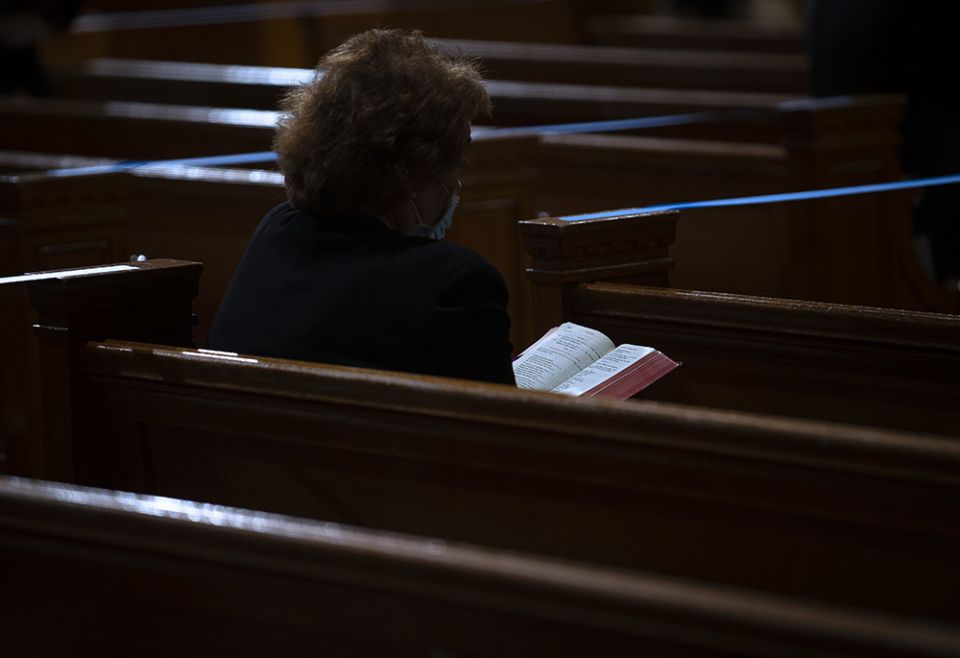 A woman reads the Bible before Mass at the Basilica of the National Shrine of the Immaculate Conception March 11, 2021, in Washington. (CNS/Tyler Orsburn)

The people who come to inquire about the Catholic Church are led by the same Holy Spirit. The diversity of these persons is great. Some are elderly, some are young. They come from different ethnicities and varied backgrounds. Some are professional men and women such as doctors, nurses, or corporate leaders whose time is limited. Many are day laborers coming home to wives and children.

No one pattern or framework will fit them all equally well. While the RCIA may be good for some, the program is impossible for others. In my experience, we lose persons because the RCIA appears rigid; it does not fit a person's time commitments and the agenda is confusing.

What is used today is two generations old. So much has happened since 1974. Pope Francis reminds us that "we are not living in an epoch of change, but in a change of epochs." There is the ascendancy of internet, online learning, satellite images at all hours of the day or night, social media, global climate deterioration, distant conflict using drones, massive migrations of people and a worldwide epidemic, to mention but a few.

Recently, I administered a parish for nine years and tried an experiment. My background is a Ph.D. in science; experimentation is my nature and upbringing. I tried a directed reading course for those who wanted to explore the Catholic Church. Our text was Our Catholic Faith by Michael Pennock. Twice a year the parish presented this three-month directed course and generally received eight to ten persons each time. We met four times with three-week intervals for a total of three months.

The parish was medium size, approximately 600 families with a parochial grade school. I called the program "Immigration Toward the Catholic Faith." Eight or ten would join the church each course and thank me because they better understood their children or their spouse. The attendance in the parish church increased and the parochial school grew.

Those years that I was the administrator, the school grew from 104 to 223 students. Meanwhile, 13 other grade schools in the diocese closed in that same period. The converts were tracked by their participation in weekly Mass. The parish numbers at weekend Masses grew. This conversion strategy had unanticipated results.

Our parish had found an improved tool and the outcomes were two to three times better than in previous years. Our focus was on results. However, the Youngstown Diocese was concerned because we were not following the RCIA manual and guidelines. Each bishop sets the agenda for his diocese. Some bishops place their priority on rule; others focus on results. Some have a theme of unity while others measure growth. We had adapted the statement in the final two paragraphs of the General Introduction to the RCIA manual (RCIA Manual No. 35 ).

As a scientist, my measurement standards are found in the results. The depth of understanding of a candidate is not judged by the length of study, but by the action of the Holy Spirit which is manifested in discernment. If the Holy Spirit guides the faithful into the Catholic Church as the Spirit guided the Ethiopian eunuch, who am I to oppose the Spirit?

Pope Francis emphasizes results and its accompanying joy. I do not fault the bishops who place priority on rule or unity first because I do not know the shoes in which they have traveled or where they want their diocese to go. However, it is clear to me that Christ placed his priority on results, mercy and patience. Pope Francis does as well.

Several priests have told me it is time to bring the RCIA back to the people and develop "noble simplicity." It does not have to be so long, so exacting, so forbidding. My experiment worked well and the converts were pleased. I do not propose this as the only alternate way to RCIA. Rather, I say on the contrary! If the RCIA is working for the skilled catechists, keep it.

I doubt, however, that a single template fits "smoothly" the great diversity of people. I propose that bishops, priests and others be encouraged to explore evangelization beyond the boundaries of the current RCIA book. Take a risk; the Spirit will guide people of goodwill. Do not guard the sacraments but promote them guided by the Spirit. Improve the current program and also explore other routes. 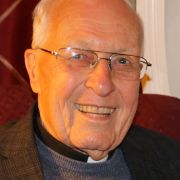 Jesuit Fr. Thomas S. Acker, Ph.D., is president emeritus of Wheeling Jesuit University. He received his doctorate in biology from Stanford University, taught environmental biology and microbiology, was a Fulbright professor in Nepal revising the biology curriculum for the country, worked in economic development in West Virginia, and was the administrator of two parishes. He currently lives in the Cleveland Diocese at Walsh Jesuit High School, Cuyahoga Falls, Ohio.

Perspective | Is OCIA the only template that one can use to join the Catholic Church?

Lent is a time to grow in the faith