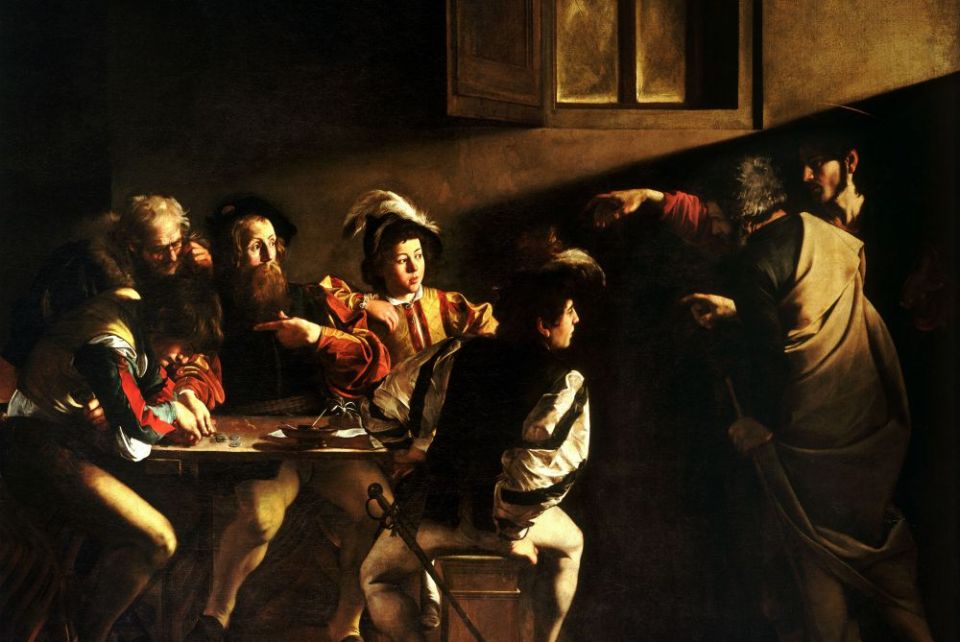 Editor's note: Sept. 21 is the feast of St. Matthew, apostle and evangelist.

Criticisms of Pope Francis often focus on how he is "confusing" believers by not being strict enough in enforcing church teaching. New York Times columnist Ross Douthat is an example of those who critique Francis for "shifts on sexual morality above all, plus a general liberalization in the hierarchy and the church."

These critiques seem to ignore the fact that Jesus himself was criticized for exactly the same thing, and while Jesus challenged his followers to go beyond the law ("You have heard that it was said …"), at the same time, the ministry of Jesus and his earliest followers focused on conveying love and mercy, rather than on clarification of rules.

There were many rules in the Judaism of Jesus' time, and many teachers who focused on explaining them. Though Jesus said, "Do not think that I have come to abolish the law or the prophets; I have not come to abolish them but to fulfill them" (Matthew 5:17), Jesus was often criticized, as Francis is, for not being strict or rigid enough in the way he dealt with sinners or applied the law to them.

The Gospels offer many such examples. Does encouraging a response of mercy toward those considered outside the law mean a renunciation of the law? Is such a response actually confusing, or is it simply challenging to existing assumptions? A biblical encounter and its artistic depiction lend insight to these questions.

The incident in question, the calling of Matthew, also known as Levi, connects meaningfully with Francis' account of his calling to be a priest at the age of 17 on the feast of St. Matthew. In several articles on Francis, most notably Jesuit Fr. Antonio Spadaro's early account of several interviews with Francis published in September 2013 (in America magazine in the United States), the pope is quoted as linking his experience with that of Matthew, the tax collector, and its depiction by Caravaggio. The 1599-1600 Caravaggio painting can be seen in the church of San Luigi dei Francesi in Rome, which Francis said he would visit and pray in when he had to travel to Rome as the archbishop of Buenos Aries, Argentina.

Francis, in fact, references Jesus' encounter with Matthew in the words he took for his personal motto, as he told Spadaro: "I am one who is looked upon by the Lord. I always felt my motto, Miserando atque Eligendo ['by having mercy and by choosing him'], was very true for me." The Latin phrase is from the Venerable Bede's sermon on the feast of St. Matthew.

Just as Matthew was undeservedly and unexpectedly called by Jesus, so, Francis is saying, was he when the young Jorge Bergoglio was called to the priesthood.

Caravaggio's painting powerfully depicts the momentous encounter between the young and charismatic rabbi and the jaded tax collector. Matthew points to himself questioningly, as if he cannot quite believe he is being singled out by Jesus, and he is not sure he even wants to respond if he is.

Caravaggio portrays Matthew and his companions in what was then contemporary dress. In doing this, the artist shows that this is a timeless moment, not something in a distant past, but applicable to us all. Matthew, like a dubiously honest businessperson of Caravaggio's (or our) time, is being looked upon with mercy and called by Christ.

His companions, all dressed in finery and probably also tax collectors, look up at Jesus with surprise. The apostle Peter stands with Jesus, both of them dressed in biblical style clothing — the present and past linked artistically in a kairos moment — with Peter's hand gesture imitating that of Jesus.

However, what is perhaps even more interesting about the pope's connection with Matthew and Francis' current critics is seen in the events that happen after the encounter between Jesus and the tax collector. Once called, Matthew holds a feast for Jesus in his home, among his friends ("tax collectors and sinners"), and the religious leaders are shocked. "Why does he eat with such people?" they ask (Matthew 9:9-13).

Like Francis' critics today, the leaders find Jesus' apparent leniency disturbing and perhaps confusing, given his other statements about how he has not come to negate the Law of Moses. How can Jesus both seem to support the law and subvert it by his lavishly offered mercy and communion with known sinners?

While this may seem like a cliché, it is crucial in understanding the Gospel story and the ministry of Francis. In a world of sinful people, with complex lives (no less so 2,000 years ago than today), the gaze of mercy referred to by Francis in his discussion of Jesus' call to Matthew is central to the message of Jesus.

Jesus says, in response to his critics over his visit to Matthew's home, "I have not come to call the righteous but sinners" (Matthew 9:13). Love and mercy extended toward perceived sinners — not changes in the law but in the approach to those outside it and judged by those inside it, and compassion conveyed to those marginalized by a cruel and materialistic world (again, no less so now than 2,000 years ago) — these are the things that interest Francis most, as they did Jesus in his ministry on earth.

Going through the Gospels and underlining each criticism leveled at Jesus will powerfully convey to any unbiased reader that his enemies were rarely, if ever, upset with him for laying down the law to sinners, making the "rules" clear for them. On the contrary, in almost every case in which the criticism involves Jesus' interaction with ordinary people, it involves a critique of his being too merciful, too accepting, too ready to "eat and drink with sinners."

Francis is most typically criticized along the same lines.

Is Pope Francis perfect? He would be the first to answer no. However, his resemblance to Jesus in conveying the gaze of mercy to millions in great need of it is compelling, and powerfully moving to the many who flock to him all over the world. Douthat, in the same Times column quoted earlier, suggests Francis treads a dangerous line between hero and heretic.

To the critics of his day, so did Jesus.

Though Francis' critics are often the most vocal, I hope he knows that millions of Catholics, as well as countless people of other faiths and those of no faith, value him for his close following of the one who called him so many years ago.

[Nancy Enright teaches in the English and Catholic studies departments of Seton Hall University, where she directs the university's core curriculum program.]

A version of this essay appeared in the Sept 21–Oct 4, 2018 print issue under the headline: The gaze of mercy

Commentary | Pope Francis and Caravaggio's 'The Calling of St. Matthew' share a gaze of mercy