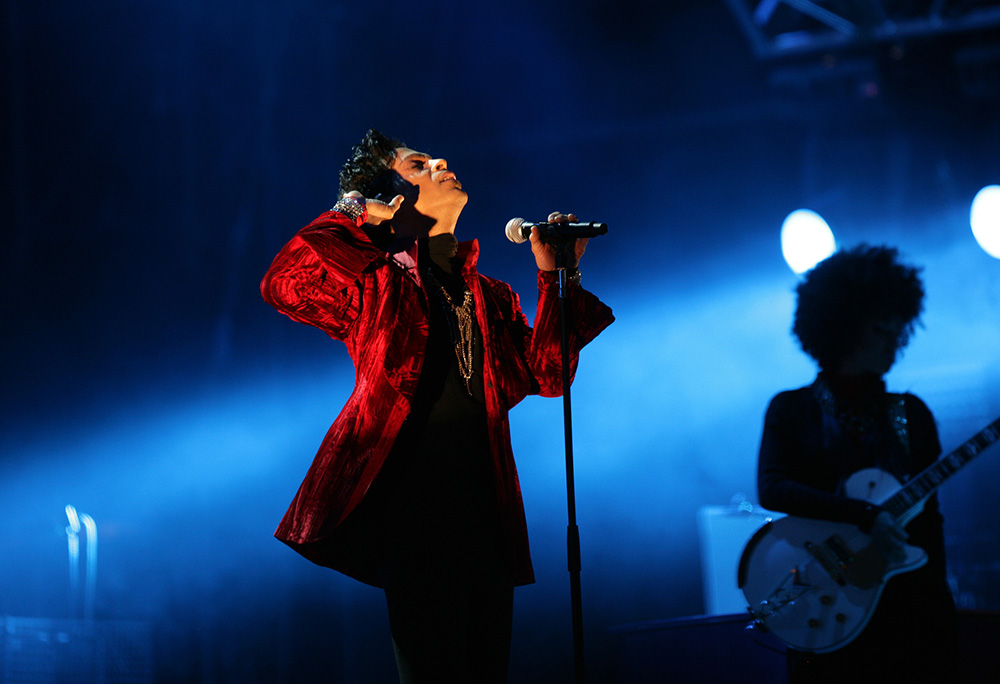 A little over five years ago, the funk-rock icon Prince died, at the age of 57, from an accidental overdose of fentanyl. Much of the music he had been putting out was uneventful, though tickets to his concerts were prized (especially after an unforgettable 2007 Super Bowl halftime show, where he serendipitously performed "Purple Rain" amid a relentless downpour). His studio albums had been uneven for quite some time — which makes the latest posthumous release from Prince's estate all the more stunning.

"Welcome 2 America," released on July 30, is the first posthumous album by Prince made up entirely of unreleased material. The 12-song set was retrieved from the singer's prodigious (and literal) vault of never-released music. 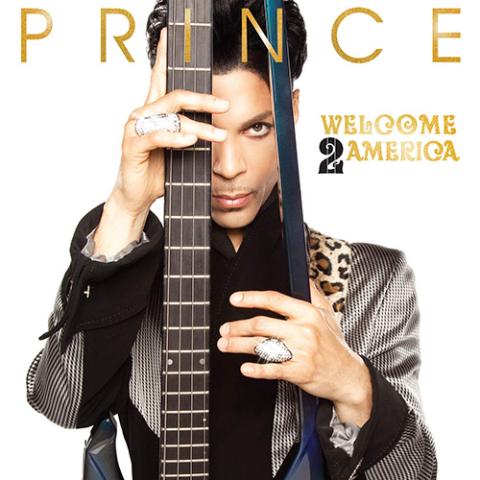 Recorded in 2010, the album delivers some of Prince's catchiest music in decades, while exploring big questions. It is an invigorating fusion of multiple genres, but also of two realms that Prince was not particularly known for mixing — faith and politics.

This decade-old music is also right on time. Arguably, it would have seemed off-message early in the Obama era, which fostered illusions of a post-racial America. The album speaks clearly, though, to this moment of reckoning. On nearly every track, Prince laments, lampoons and otherwise riffs on racism, greed, inequality and misinformation. At the same time, he lets his mind play over the possibilities of political and spiritual renewal.

Undoubtedly, Prince's music is best known for its sensuality, which is palpable. The religious sensibility has always been there too, even in some of his most sexually out-and-out songs. Take "Darling Nikki," from the classic 1984 "Purple Rain" album; the lyrics were so explicit as to trigger parental warning labels instituted by the recording industry. Less noticed was a messianic message (played in reverse): "Hello, how are you? I'm fine 'cause I know the Lord is coming soon." Prince was a Seventh-day Adventist turned Jehovah's Witness.

In the Prince catalog, social criticism has been less pronounced, though present. Now, on "Welcome 2 America," Prince goes all in with current affairs and lashes the commentary to a rich and worldly spirituality that isn't just about the end times.

Helping to leaven the message is the funk-rock-soul-pop mix — often breezy and danceable even as Prince zeroes in on social sins.

The album begins with a slinking bass line and softly hissing cymbals. Prince narrates matter-of-factly, "Welcome to America / Where you can fail at your job / Get fired, rehired / And get a seven-hundred billion dollar tip." In a further jab at executive excess, backup singers add, "Come on in, sit right down, and fill up your pockets, yeah."

On another topic, we hear "truth is a new minority" and talk of misinformation, as if Prince was anticipating post-truth politics.

There's much more on that title track. Prince reveals his attachment to America, "the only place I know," but reaches for something greater, letting the backup vocals announce that the Pledge of Allegiance will now be to "the Earth of the United States of the Universe."

And he floats a question: "Transformation happens deep within / Yes or no?" Instinctively in the yes column, Prince also knows the personal is anemic without the political.

"1000 Light Years From Here," a bouncy track reminiscent of 1970s pop-soul, adopts the voice of the excluded. "We can live underwater / It ain't hard / When you never been part of the country on dry land." Prince tells us, while clinging to a patriotic ideal: "And now we got to show 'em / What it means to be American."

He seesaws between vision and sober reality, foreseeing a "spiritual resolution," albeit, "one thousand light years from here." He also picks an argument with the Almighty, asking why God would "make heaven" — and the resolution — "so far away."

On a few tracks, including the funk-soul creation "Same Page, Different Book," Prince confronts organized religion. The mid-tempo song appeals for a more catholic, as in universal, sense of faith, because "there's so much more in common if you'd take a look." Prince explains, "There's only one God, whatever name he took / Only matters when it comes to war," and then slows down the funk to ask — "What are we ... fighting for?"

With its crunchy guitar chords, "Hot Summer" evokes (to my receptive ear) the feel-good sound of early-'80s new wave, before easing into a more soulful variety of pop. "These are the days where people told me to fear," Prince says presciently. "But as long as I got your ear / I think it's gonna be ..." He cuts to an unresolved chorus: "Hot summer / Just wait and see."

Power chords return with the similarly upbeat "Yes," which exudes wary optimism about a changed America. "If you're ready, people turn the page / As long as they ain't moving us to a bigger cage." Hope mingles with faith, because if we're truly ready, "thy will be done."

After recording these and other splendid tracks, Prince chose to shelve "Welcome 2 America," stashing the album in the storied basement vault of his suburban Minnesota compound. Why he did so is a mystery, as with all things Prince. Maybe he didn't want this album to get lost in the pile of uncelebrated music he was releasing?

We do know that the state and soul of the nation stayed on Prince's mind.

In 2015, he staged a free "Rally 4 Peace" concert in Baltimore following protests triggered by Freddie Gray's death while in police custody. The writer Dan Piepenbring, who co-authored Prince's posthumous, unfinished and faithfully pieced together memoir, The Beautiful Ones, writes in the introduction that their conversations invariably returned to "God, love, race in America."

In "Welcome 2 America," Prince has given us a faith-and-justice concept album in the key of funk. He proposes a spiritual resolution that includes both personal transformation and structural change. He looks to help nourish a spirituality for the long haul ("Remember you're blessed," he sings halfway through the album, to those who are oppressed, depressed or just "a mess.")

It's a pity that we don't have more albums to show for this evolving journey, although Prince made a habit of secreting music into his vault throughout his career. Hopefully, there are many more eye-opening tracks where these came from.

A version of this story appeared in the Oct 1-14, 2021 print issue under the headline: 'Welcome 2 America'.