Raise a toast to the 'institutional church' 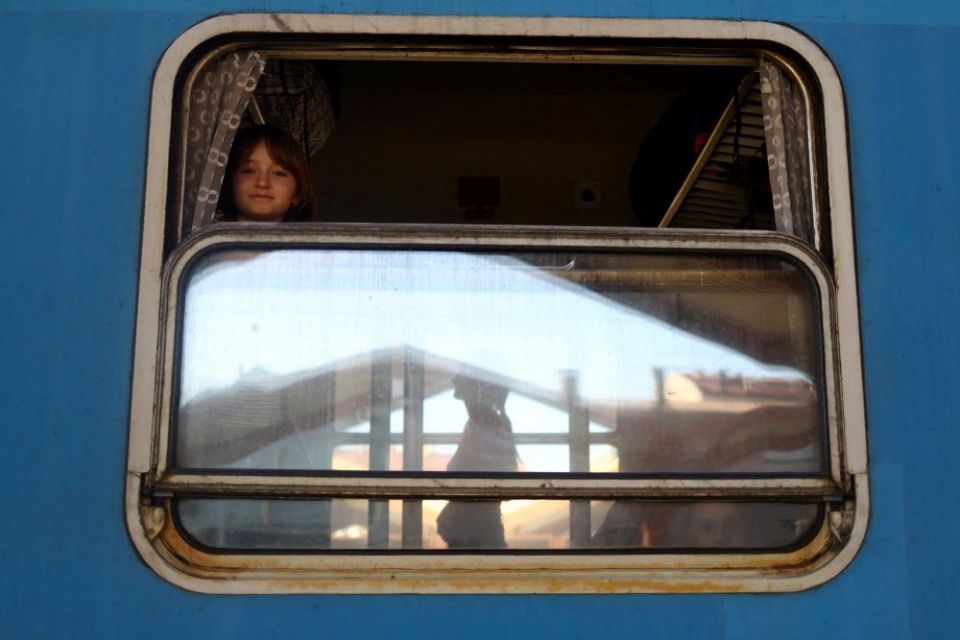 Today, however, it is time to raise a toast to the institutional church. The outpouring of support for the Ukrainian refugees fleeing the war has been remarkable in every way, but none more so than in the absence of refugee camps. The TV images do not show the rows of tents we have come to expect near war zones. As Cardinal Sean O'Malley of Boston said in his weekly blog, "The beautiful thing is that, unlike some other situations where refugees end up in camps, the Polish people are taking Ukrainian refugees into their homes. That's an extraordinary thing to see."

Some of this is spontaneous, or is being organized by companies that span the usually peaceful border between the two countries, as Politico detailed recently.

Much of the mobilization to aid the refugees is being organized through the very institutional Catholic Church of Poland. As of March 15, according to the Polish Conference of Major Superiors of Women, 18,000 refugees are receiving aid at 924 convents across the country. Some of their ministries are helping children with special needs.

Chris Herlinger, my colleague at NCR's Global Sisters Report, went to Poland and wrote about some ways the institutions of the church are helping the Ukrainian refugees. One of the people he interviewed was Jesuit Fr. Wojciech Mikulski, the director at the European Centre for Communications & Culture, or ECCC, in the Falenica neighborhood of Warsaw. The center usually hosts conferences and retreats but is now engaged in helping refugees. They recently hosted 40 deaf students fleeing the violence. The ECCC has a webpage where you can learn about their work helping refugees, see some pictures of them in the public rooms of the center and make a donation to help.

I met Mikulski some years ago because I help organize a seminar on Catholic social doctrine each September at the ECCC, although the last two years it was suspended due to the pandemic. I sent Herlinger's article to the theologians who have participated in the seminars, one of whom contacted Mikulski later that day to let him know that her community in Britain was prepared to receive some refugees and help coordinate their transportation. In the vast sea of human suffering, such efforts might seem small, but they don't seem small to the people who are being helped and sheltered.

There are a dozen ways my British theologian friend might have met a Polish Jesuit priest, but the way she did meet him was at a seminar funded by the U.S. Conference of Catholic Bishops' Committee on Aid to the Church in Central and Eastern Europe. Few journalists have been more critical of the bishops' conference at times than myself, but I have been involved with the work of this particular committee and they do wonderful work helping the churches in this part of the world get back on their feet after years of Soviet oppression and ongoing poverty. The fact that these networks were in place has allowed the universal church to come to the aid of the refugees quickly and effectively.

There is a deeper level at which the phrase "institutional church" does not really work. The church is institutional because humans create institutions. What is more, the church is the body of Christ and, just so, if our great, distinctive belief in the Incarnation of God in Jesus Christ is to continue in human history, we must necessarily incarnate our faith. In this life, Christ needs our hands to be his hands when he seeks to heal.

Today, in a remarkable way, those hands are Polish, Slovakian, Hungarian, Romanian and Moldovan hands. For many who are offering succor, the inspiration comes from a faith that has taught them the parable of the good Samaritan. For many, the means of expressing and incarnating solidarity are the structures and institutions of their Catholic, Jewish, Protestant and Orthodox faiths.

Related: Behind the frontlines of the Vatican's Ukraine-Russia strategy

The wounds of humankind, too, are Jesus' wounds, and this is not a metaphor. As my great hero Msgr. Lorenzo Albacete said, if the wounds of suffering humanity are not truly the wounds of Christ, then there has been a disincarnation.

Will I and others criticize the "institutional church" in the future? Of course. As Purcell told me, "I have come to understand there are not four marks that characterize the church but rather eight: one and divided, holy and sinful, catholic and exclusionary, apostolic and unfaithful (to the apostolic tradition)."

That is another way of saying the church is human as well as divine. God never brings division, sinfulness, exclusion or infidelity. Only we do that.

We Catholics can, when needed, distinguish the "institutional church" from the church of our hopes and dreams. Will not the latter church, the one to which we aspire, also be an institutional church? When the eschaton comes, and sacraments shall cease, then and only then will our church be purified of its human sinfulness. There is a reason we start Mass with the Confiteor.

In the meantime, and it is a very mean time in Ukraine right now, let's toast the institutional church and the heroic work it is doing to aid refugees.

Opinion | Raise a toast to the 'institutional church'

Don't shove away those in need