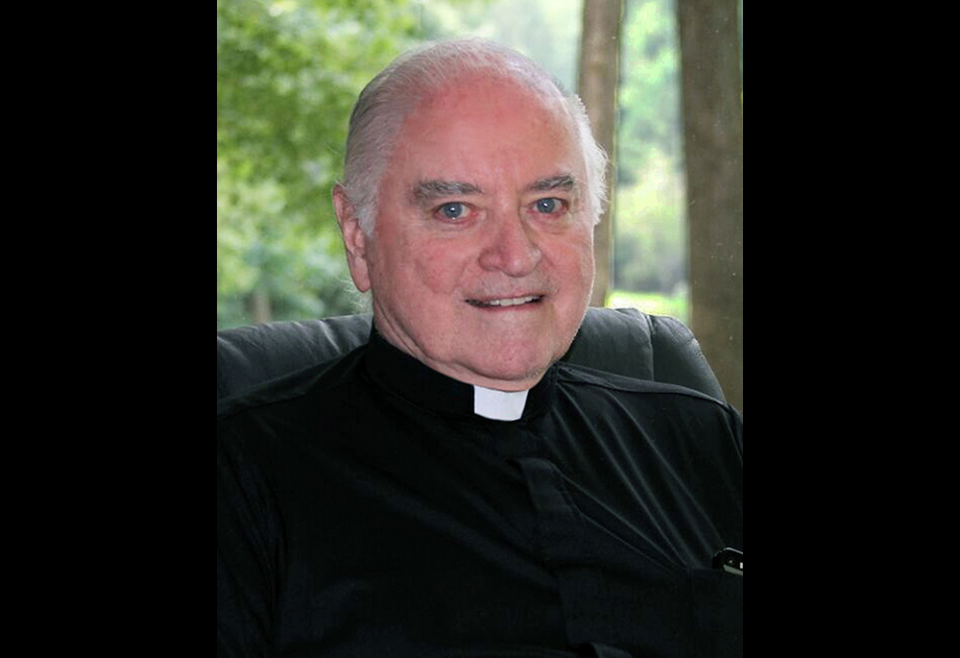 Fr. John Catoir, president and founder of St. Jude Media Ministry, is pictured in an undated photo. He died April 7, at age 90. He also was a nationally syndicated columnist and a former director of The Christophers. (CNS/Courtesy of Patricia Martin)

Fr. John Catoir died April 7 at the age of 90. His heart gave up. Father John was a compassionate priest, the founder of St. Jude Media Ministry, a former director of The Christophers, a writer, a speaker, a man of great faith, and a family friend who bought for me my first car: a $400, ten-year-old 1963, laurel green Chevrolet Bisque.

Father John was more than a family friend: he was family, while not by birth but for sure by love.

A priest makes enormous sacrifices to live a celibate life, to live in a community where he is always expected to be the brave one at a funeral, the elated one at a wedding ceremony, the wise one at the baptismal font. But what about the man who returns to his room at night and sheds his collar and yearns for love and tenderness, who will never know the voice of a son or daughter? What about the man who does the crossword puzzle alone at night before he reads from the breviary, that book of psalms, readings, hymns? I always like that the breviary is also called the liturgy of the hours.

A priest is an ambassador of Christ. "You also, like living stones, are being built into a spiritual house to be a holy priesthood, offering sacrifices acceptable to God through Jesus Christ." (1 Peter 2:5). 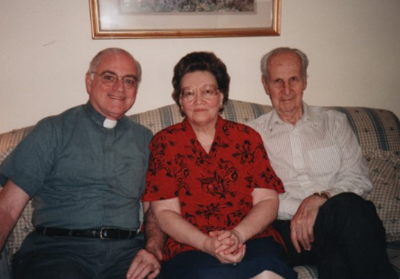 Father John was not a man of stone, but his faith in God and his messages of joy were made of granite.

When he met my mother (the poet Catherine de Vinck) and my father (Jose de Vinck, a theologian and writer) John was a man adrift, immersed in his spiritual life and also struggling with his loneliness as a community priest. His loving parents had died. His loving sister and brother-in-law and nephews and nieces lived in the Bahamas. A priest needs more in his life than just a breviary and a crossword puzzle at the end of the day.

My family adopted Father John, or he adopted us. Love works both ways. As I was growing up, Father John joined our family each week, celebrated Mass on the dining room table, joined us on our vacations to Canada, traveled to Israel and Belgium with my parents, and celebrated each holiday with us.

I clearly see in my mind's eyes Fr. John sitting on the couch with my parents as they battled the crossword puzzle of the day, laughing, arguing over a definition, being ordinary and happy on a late Sunday afternoon.

Father John co-authored a book on marriage with my father: The Challenge of Love. He officiated at my wedding, baptized our children and most of my nieces and nephews. He said the funeral Mass for my father and for my brother Oliver: blind, disabled Oliver.

In one of Father John's columns he wrote, "St. Catherine of Siena said, All the way to heaven is heaven. Decide to bring your joy to the world." 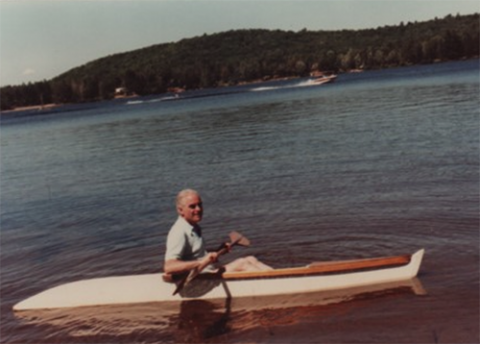 Fr. John Catoir during a vacation in Canada with the de Vinck family (Courtesy of Christopher de Vinck)

When I think of Father John the priest I see him in his vestments preaching a sermon on joy. When I think of the man, I see him sitting between my mother and father laughing with a pencil in his hand as the three holiest Catholics I knew wrestled with mysterious clues.

In Fr. John's farewell column he wrote, "I will leave you with another favorite quote of mine, this one from the mystic Julian of Norwich: This place is a prison; this life a penance. Yet it is a remedy he wants us to enjoy. For the remedy is that our Lord is with us, keeping and leading us into the fullness of joy."

I believe Julian was wrong in parts. This place is not a prison if we find love and a family. This life is not a penance. Yes, much of life is difficult, and death the final arbitrator, but Julian and John were both right, I believe. The remedy for our struggles is found in the words of a compassionate Christ. Those words are not scrambled in mysterious word puzzles. 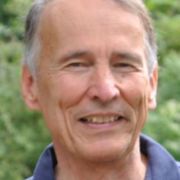 Christopher de Vinck is an author. His next book, Things that Matter Most, will be published by Paraclete Press this year.

Does love have its limits?