When it is dark, praying communities give us eyes to see the sacred at work 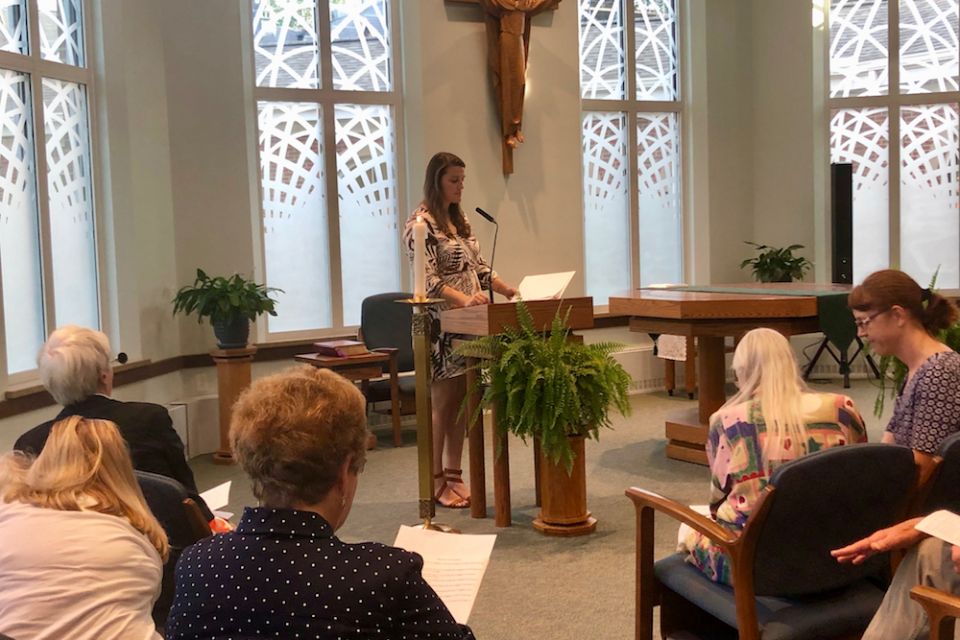 I recently experienced two prayer events that helped me realize again how much I need community to survive these troubling times.

On July 30, I attended FutureChurch's "Voices that Challenge" Mary of Magdala celebration in the intimate space of Cleveland's new Congregation of Saint Joseph Center chapel. In the midst of so many current assaults on Christian values, the reflective yet passionate prayer brought both solace and challenge.

" 'And who are we?' " read a campus minister from a local Catholic high school quoting González. " 'We are the people who died in the freshman building on Valentine's Day at Douglas High, and the people who died in every mass shooting in U.S. history. … We are speaking up for those who will never speak again.' "

Duane, who has worked for over 20 years with people who live on the streets and people of color who are in poverty read an excerpt by Williams: "Our faith is based on the belief in the death and resurrection of a brown social revolutionary who was put to death by the state for declaring with his words and actions that the lives of the poor, marginalized, and dispossessed matter. … the U.S. church … must finally become like Jesus." 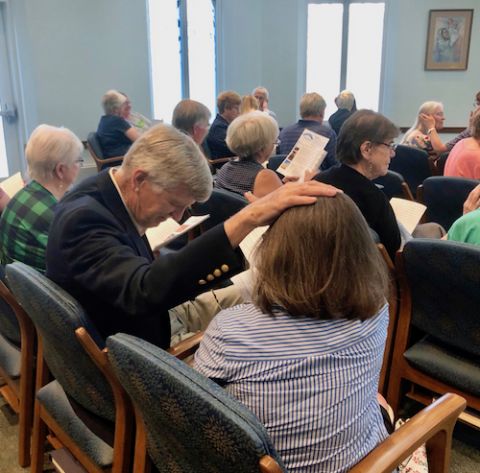 Bob, a married priest and pastor of Cleveland's Community of St. Peter relayed this story from Pimentel, who is director of Catholic Charities of the Rio Grande Valley: "What I know of the people who come from Central America is they are families and children who are desperate to find relief and protection. … Our policies are causing pain. The administration is enforcing policies that are not humane for the families."

Longtime pastoral minister (and longtime friend), Lisa, proclaimed a word from Devers whose daughter recently came out as transgender: "I've heard warnings about falling into the sin of trying to replace the creator. Are we guilty of that sin when we look at a transgender person and have the hubris to deny who God has made?"

My erudite activist friend, Fran, who writes regularly to Ohio's death row inmates and even accompanied one during his execution, read a reflection from Prejean: "On death row I grasped with such solidity and fire the grace of God in all human beings, the dignity in all human beings. Patrick Sonnier did the most terrible crime of all. He killed. But he was a human being, and he had a transcendence, a dignity. He — like each of us — was more than the worst thing he had done in his life."

Sitting in this sacred space with these hymns and sacred words soaking into my marrow, I became intensely grateful for the women and men seated around me with whom I have journeyed for decades. We do not need to convince one another of the rightness of the issues upon which we were so painfully reflecting.

Wordlessly, we understand that our commitment to Jesus — the "brown social revolutionary" who had loved each of us into a mature discipleship — leads us to grieve, to act and to support one another in catalyzing change on behalf of God's values.

My community of justice seekers agonizes when the vision of Jesus is dimmed or defiled by blindness in our church and civil politics. I am not alone. My sisters and brothers walk alongside me and bear me up when I am discouraged.

This is what it must have been like for the nascent community of believers, I thought — Mary of Magdala, Peter, Paul, Junia, Prisca and so many others — as they worked and suffered to transform an alien and ailing society. A society unaware of its own wounds, and unaware that healing is not only possible but near at hand.

A week later, I attended another communal prayer in this same sacred space. I gathered Aug. 6 with my St. Joseph sisters and associates on the feast of the Transfiguration to give thanks for our "transfigured" community. Twelve years ago, we reconfigured from seven separate centers. It went amazingly well, and we now live as one "Congregation of the Great Love of God."

This quiet — even contemplative — time of prayer had a different tenor. Perhaps it was because we were struggling with too-fresh images of the carnage in El Paso, Texas, and Dayton, Ohio.

We engaged in the uniquely St. Joseph practice of "sharing the state of our hearts" and reflected on living our generous promises and sacred work as identified and refined at previous chapter gatherings. These focus on systemic change, shared leadership, integral ecology and other burning issues so that "all may be one" — our founding vision since 1650.

Most sisters at this afternoon service were in their "golden years" and had recently moved from a century-old building to a new, safer facility. Many are challenged with health issues. One sister's "state of my heart" reflection was especially meaningful. "Even though clouds are present," she said, "the sun, the moon and the stars are always there although we cannot see them." 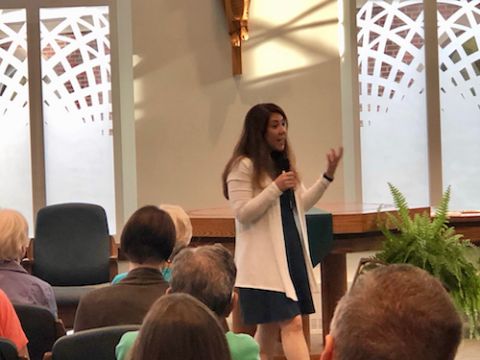 A 90-years young sister — who had lived in one room with a shared bathroom her whole life — rejoiced that the new facility ("it's a palace") has an outdoor porch. For the past 50 years, she prayed each day on our old Motherhouse's rustic third floor porch overlooking the verdant urban valley that is the Cleveland Metroparks. She worried she would not find a similarly conducive spot when she moved and gave heartfelt thanks to St. Joseph that she had.

Obviously, this prayer experience was quite different — and perhaps a bit more mundane — than the first. But in the end, they were equally profound, reflecting as they did both the active and contemplative dimensions of life. Of my life.

As I age, I find praying has become somewhat like oxygen or food for me — and not only a comfort or a challenge. It strengthens me to face the reality of our world's terrible suffering. It turns my gaze from being perpetually discouraged by the clouds to remembering that the sun and moon and stars are still there despite the darkness.

I owe these learnings to the women and men with whom I have walked and am walking. Their solidarity helps me to first accept and then join together to alleviate the wounds of our world.

I owe them to my communities of sisters, both past and present, who have accompanied me in finding that deepening space wherein I am given eyes to see the sacred at work in the ordinary.

The sacred that will, in the end, heal us all.

Column | When it is dark, praying communities give us eyes to see the sacred at work

Don't be afraid to ask for things from God in prayer, pope says