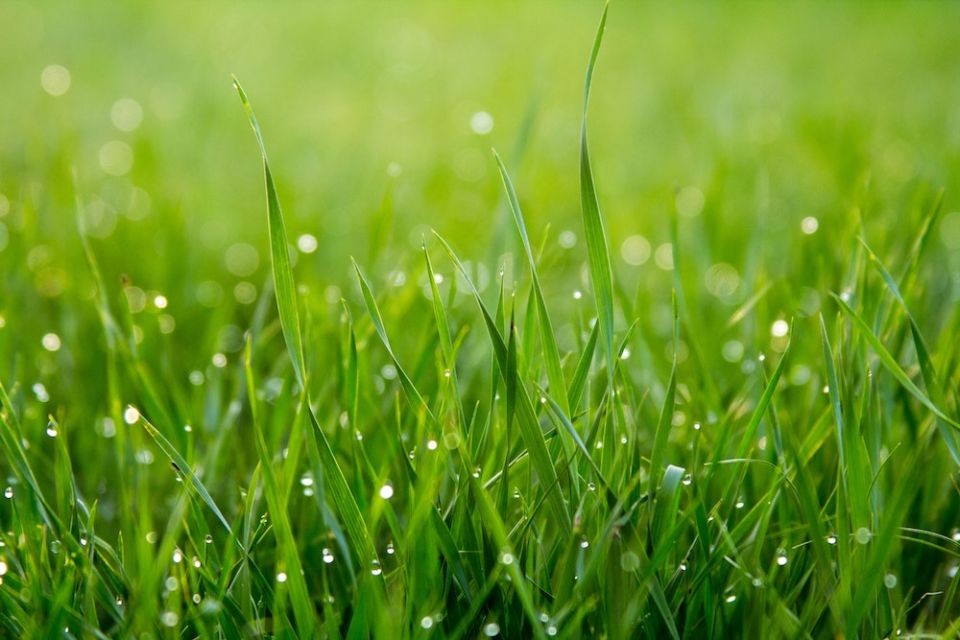 I've been writing to a person on Texas death row since 2004. Some months ago, he wrote that a blade of grass wafted through the concrete walls, over the barbed wire and into the cage where he spends his one hour a day not in solitary confinement. It was the first piece of earth that he had seen or touched in 18 years. He put the blade of grass into a letter and mailed it to me. That the single blade surmounted all those barriers was almost impossible, he said. It was a miracle.

Two weeks later, I held the dried piece of earth in my hand and marveled at how far it had traveled, at the weight it invisibly carried. The weight of the world which imprisons and executes only a few of us for the sins of which we are all capable. I marveled at how very large the smallest gifts can be.

What can you give someone who is locked in a cage, waiting for an execution date? What words can you offer that make any sense? And what can words do anyway? These questions assail me each time I write to Ivan. People tell me he deserves to be there, and that I deserve the comforts that I have worked for. But an opposing voice runs through me: What if you were born into his circumstances? Can you guarantee you wouldn't be where he is now? I cannot. And so I keep writing as a friend, even though I don't know what my words are worth. Even though I do not see the road ahead. No one does.

About seven years ago, I mailed Ivan a half sheet of paper with the "Merton Prayer" typed on it. I wanted to send him something meaningful that would pass muster with the strict rules of the Texas Department of Criminal Justice. It was the same piece of paper I had received during a retreat in college and had kept close to me for 20 years. It had followed me across cities and continents, tucked sometimes inside my Bible, sometimes inside my worn copy of Trappist Fr. Thomas Merton's book of diary entries, Conjectures of a Guilty Bystander.

The prayer grabbed my heart when I first heard it. It was unlike any other I had encountered, so honest about our vulnerability. Back then I still didn't know who Merton was, but his words felt like mine:

Lord, I have no idea where I am going.
I do not see the road ahead of me.
I cannot know for certain where it will end
Nor do I really know myself,
And the fact that I think I am following your will
Does not mean that I am actually doing so.

After receiving the piece of paper, Ivan wrote back saying that he couldn't believe the road it had traveled to get to him. He promised me he would always keep it safe. I wondered bitterly how he could do that. I reflected, sadly, that the paper had a better chance of surviving than he did.

A few years after giving him that piece of paper, I visited Ivan on death row. His wife had generously relinquished one of her longer "special visits" so I could have one with Ivan. I memorized the prayer and decided I would recite it at the end of our visit (you are not allowed to bring anything with you when you visit a prisoner). I saw it as an extension of the gift that began when I mailed it to him. It was most meaningful thing I could think of: words remembered and shared in hope.

The four hours went by in a flash, and when it was time to go, Ivan asked me to say a prayer. I knew he would, and I was ready. We each held a hand up against the smudged plexiglass to form two hands praying. He closed his eyes and I whispered Merton's words through the grimy telephone receiver. Time seemed to stop when I came to this line: "Therefore I will trust you always, though I may seem to be lost in the shadow of death."

Knowing Ivan has brought a depth and immediacy to my experience of freedom. We do not choose to be born, nor do we choose the circumstances we land in, but in each moment, we can choose how to live. In theory, that is. In practice, claiming our freedom is hard. It's a life's work, and for some a desperate struggle. I think of those in the grip of addiction, anxiety, depression, of those living with debilitating disabilities, or of those born into poverty, unfairly disadvantaged from the start.

There are no pat explanations for why the struggle is harder for some more than others — no explanations I want to proffer anyway — but I do believe that even in the most difficult moments and circumstances there remains much we have the freedom to choose, every moment of every day. We can recognize our freedom and make deliberate choices about how to see and respond, what to pay attention to and for how long, which direction to go, what road to travel. To remind myself of this I only have to imagine Ivan locked up in his bathroom-sized cell. He's looking at a blade of grass and seeing a miracle.

In Conjectures of a Guilty Bystander, there's a line of Merton's which I come back to again and again: "A matter of coming up out of Egypt into my own country. I am nearly forty-eight. I have work to do: to get free within myself, to work my way out of the cords and habits of thought, the garments of skins (as if I could do that myself). But one must want to begin." 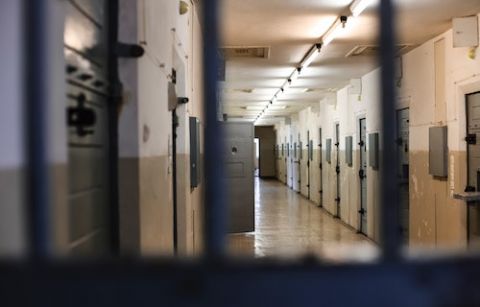 I like to imagine Merton alone, a ray of Kentucky sunlight on the white wall of his cell; he's at his desk and his heart burns as he writes about his longed-for freedom, his passage out of Egypt, writes about his uncertainty, writes a single prayer, and yet, cannot fathom the gifts he is creating for millions through the generations, on that unseen road ahead, including a person in another kind of cell 55 years later. Including me.

"One must want to begin." How true. That is what counts; maybe that is all that is required. To want to struggle for that freedom, whether it remains elusive or not. And so I choose each day to stoke inside me the blindest hope that my eyes can stay wide open, the hope that people and this world can change, and that those in any kind of prison will be freed. I choose to start from there. Why? Mainly because I don't want to miss even the smallest gifts that surround me. Usually they are the most precious ones, and somehow, they keep on giving.

Some weeks after Ivan sent me the blade of grass, he also mailed me back the piece of paper with the Merton prayer on it. He had conserved it well but wanted me to have it again. He knew it meant a lot to me. I held it in my hands and wept.

[Dani Clark is a writer and editor at an international development organization in Washington, D.C., and a member of the Community of Sant'Egidio.]

A version of this story appeared in the Sept. 4-17, 2020 print issue under the headline: What can you give someone locked in a cage? .

Column | What can you give someone locked in a cage?

Parish roundup: Convocation of the Faithful; shelter from the cold