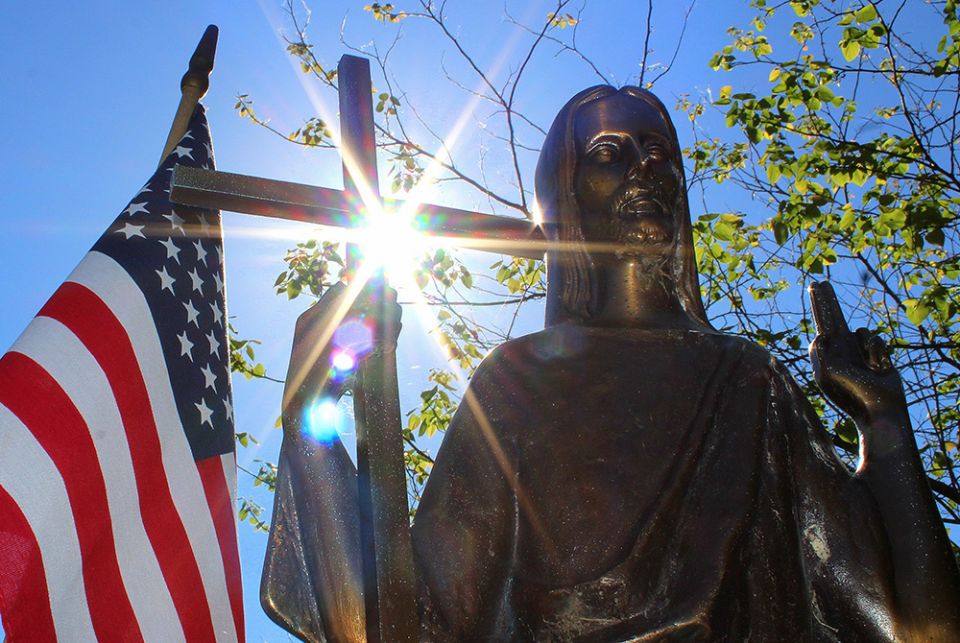 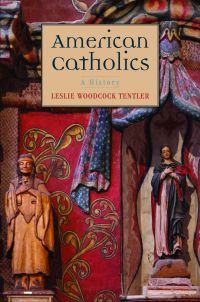 Histories of American Catholicism are a bit like professional basketball games. There is great skill and style throughout, but only in the last five minutes do we know who a winner is. However, where the team is trying to win the game, the historian has to wrap things up somewhat differently. How do I draw my story to a conclusion, the author must ask, and what do I leave my reader to think about once she or he has finished reading the book? History does not end, so what will come next?

There have been quite a number of histories of American Catholicism, each showing the lineaments of the time in which it was written. John Gilmary Shea's late 19th century text wore its Americanism on its sleeve, arguing that American republican virtue rested on Catholic ideas and ideals, but only a decade after its publication the Americanist "heresy," if such it was, was condemned by Pope Leo XIII.

Peter Guilday wrote a couple of generations later and consequently showed a more irenic posture toward Protestantism than Shea had been able to manage. His reading of the 19th century struggles between French-born bishops and Irish immigrant Catholics is interesting, and his promotion of the liberalism of the Irish immigrant John England, who became the first bishop of Charleston, South Carolina, almost exactly 200 years ago, is insightful, though it glosses over the support England gave to the slave economy. Indeed, Guilday himself praised the American bishops for staying out of the abolitionist movement.

I could go on to describe the work of Thomas McAvoy, John Tracy Ellis, Jay Dolan, James Fisher and James O'Toole, to name just a few of those who have written more recently of American history, but the point is made. They all demonstrate the thinking, even its limitations, of the times in which they write, and they all show in their conclusions the mood of ecclesial awareness going forward. No historian knows the future, but each of them needs to have a word to say about it in conclusion.

Leslie Woodcock Tentler's book American Catholics: A History is no different in this regard from her predecessors' works. Like the most recent of other histories by O'Toole, Dolan, Fisher, Charles Morris, John McGreevy and Cyprian Davis, her work is comprehensive within the scope possible in a volume of about 300-400 pages, and like these earlier works, the writing is elegant and the scholarship exhaustive. One can gripe at small things, of course, like why John England doesn't get a mention. The bishop, who established his liberal credentials by creating a bicameral legislature for his diocese, and put those credentials into question by justifying slavery, surely belongs in the story. And one can find minor errors, like the description of clerical celibacy as a vow, when it is only a promise, albeit a solemn one. The difference is very important to its future fortunes. But these are small things and in no way qualify the judgment that this is a valuable account of American Catholic history.

The originality of Tentler's work lies in the final chapters, which survey the present condition of the church and look briefly into its possible future. Recent previous histories were either written when optimism was high (Dolan, and perhaps McGreevy and Morris), or when things were changing so fast that it was difficult to assess where the church stood (Fisher and O'Toole), or were penned to address a gaping hole in the history (Davis' account of the history of Black Catholics). Tentler's text has to face the decline of the Catholic Church, both in sheer numbers and in its public reputation and the consequent weakness of any claim to be a voice of moral authority.

Much of that decline can be traced to the reactions to the revelations of clerical sexual abuse of minors, and while Tentler is frank about the scandal, she seems to think the Catholic people might have been led to overreact to what was an altogether regrettable set of events that is beginning to fade into the past. The lasting problem, however we estimate the condition of the ongoing scandal, is the erosion of trust in the American hierarchy.

These developments surely explain her somewhat gloomy assessment of the future potential for the church, though her experience at a Spanish language Mass at the cathedral in Los Angeles helps her escape into a final sentence where she "was ready to accept the gift and look to the Catholic future with joyful expectation." This is a fine note to end on, though not much in the preceding chapter prepares us for it and it seems almost desperately counterfactual in the light of what she has written. 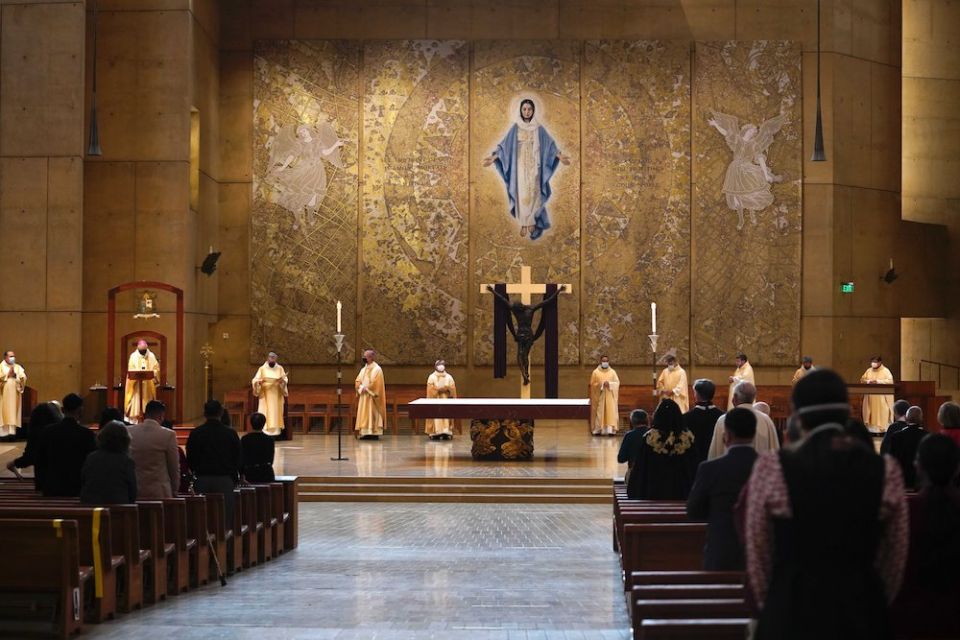 Catholics attend a special national Mass on the feast of St. Joseph at the Cathedral of Our Lady of the Angels in Los Angeles March 19. In her book "American Catholics: A History," when author Leslie Woodcock Tentler shares her thoughts on the future of the Catholic Church, she discusses her experience at a Spanish language Mass at the cathedral. (CNS/Isabel Cacho, Courtesy of the Archdiocese of Los Angeles)

The best things about this book, aside from its engaging style, are the attention it gives to the very early years of North America, where Catholicism was present in the Spanish and the French before English-speaking Catholics ever arrived on these shores, and the careful focus on the doings and beliefs of ordinary Catholics rather than the exploits of bishops and clergy. She is also careful to recognize the ambivalence of the church's attitudes toward slavery in the first half of the 19th century and the painfully slow progress made in generating Black clergy. If this attention fades out once she turns to the 20th century, that may do nothing more than mirror the slow drift into Protestantism that happened to many Black Catholics in the opening decades. Today, though, there are still about 3 million Black Catholics, and in our day of Black Lives Matter some consideration of their situation in the church might be merited. The same could be said for Latinx Catholics, who bid fair to be the majority of American Catholics in the years to come, but who are also not front and center for very many pages.

Tentler's last chapter describes the future, correctly, as "uncertain," but how did we get to this point in just half a century or so? Perhaps historians don't offer explanatory theories, though the kernel of a thesis can surely be found in what they choose to focus on. Tentler's comparison of Catholic support to John F. Kennedy and John Kerry is instructive. If 80% of Catholics cast their vote for JFK and assured him the tightest possible margin of victory because for them he was the living proof that Catholics had arrived as Americans, the waning of support for Kerry among conservative Catholics demonstrated that "ethnoreligious loyalties had long since given way to the politics of the culture wars."

Might it be, for better or worse, that Tentler's book supports the hypothesis that once American Catholics arrived as Americans, their concern to continue to be identified as Catholic began slowly to wane, and they just ended up like everyone else, for good or ill? Such is one possible takeaway from this reliable and entertaining new history.

[Paul Lakeland is the director of the Center for Catholic Studies at Fairfield University and the author most recently of The Wounded Angel: Fiction and the Religious Imagination.]

A version of this story appeared in the June 11-24, 2021 print issue under the headline: 'American Catholics' book is entertaining history .

Dear Douthat, the church's struggles are not primarily left vs. right