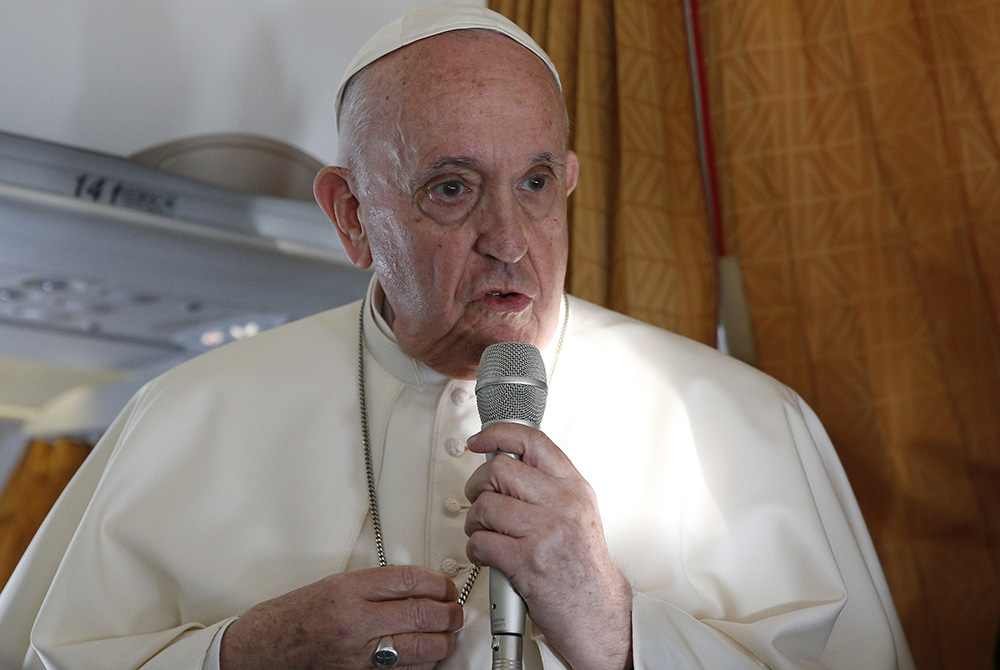 Thank God for Pope Francis. He said what many of us have been thinking — that our bishops are behaving more like politicians than shepherds. On a papal visit to Hungary and Slovakia in mid-September, he told reporters aboard his airplane that bishops should behave like pastors, not politicians.

He went on to ask, "What should a shepherd do? Be a shepherd and not going around condemning or not condemning." The pope also told reporters, "I have never denied the Eucharist to anyone, to anyone!" And he repeated something that he said in June, "The Eucharist is not the reward of saints but the bread of sinners," telling reporters on the plane, "Communion is not a prize for the perfect."

What does the pope want from pastoral bishops? He wants dialogue, not condemnation. But what do we get from our "culture warrior" bishops here in the U.S.? 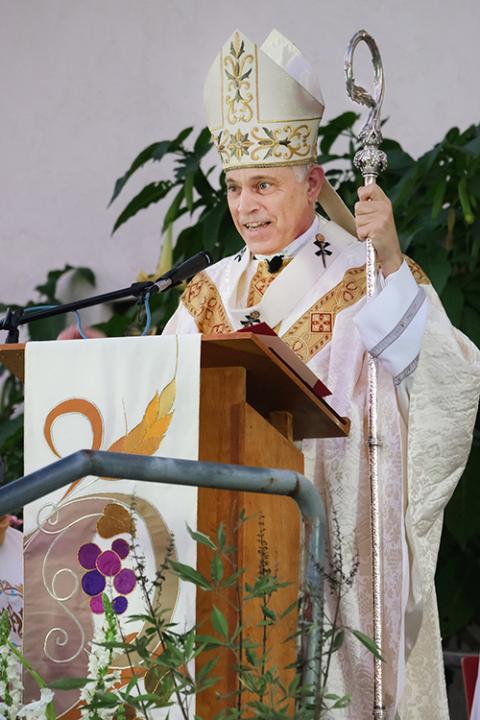 We get calls for public condemnation of politicians. We get talk of excommunication of Catholic officeholders who disagree with some bishops. Some U.S. bishops seem to have a positive thirst for excommunication. Witness last month's op-ed piece in the The Washington Post by San Francisco Archbishop Salvatore Cordileone.

In that piece Cordileone argued that Catholic bishops should not "stay in [their] lane" as pastors and bishops, but that they have a right, even a duty, to excommunicate Catholic officeholders who are "on the wrong side of the preeminent human rights issue of our time [abortion]."

Cordileone wrapped himself in the mantel of the civil rights movement, citing the 1962 precedent of Archbishop Joseph Rummel of New Orleans, who excommunicated three Catholics in his diocese who opposed Rummel in the desegregation of Catholic institutions in the Archdiocese of New Orleans.

But there is a big difference between what Rummel did in 1962 and what Cordileone advocates today. Rummel excommunicated people who resisted his authority as archbishop to govern Catholic institutions: a seminary, parish schools and churches. Their defiance was a direct challenge to Rummel's authority as archbishop. But Rummel took no action against the legions of Louisiana Catholic public officials who were staunch segregationists. Nor did any other bishop of the time.

Not all of our bishops are "culture warriors," but I'd estimate that maybe 75% are. The June 2021 vote on drafting a statement on eucharistic worthiness showed the probable breakout. The measure passed 168 to 55, with six abstentions. Although bishops may have voted for a variety of reasons, it's still true that 75% of our bishops wanted a statement that would have allowed them to deny Communion to miscreant politicians.

After the vote, there was some furious backpedaling, as the fallout from the potential statement became apparent. Bishops disingenuously tried to pretend that they merely wanted a statement on the "beauty and mystery of the Eucharist." But the die was cast. At least Cordileone is honest enough to say what he really meant. He does want excommunication.

But the path of dialogue is difficult. It seeks reconciliation, not the defeat of the other side. Dialogue recognizes that the United States is not a theocracy but a secular and pluralistic representative government. We are not the Holy Roman Empire or the papal states. Cordileone and others do not seek dialogue, they seek censure. Their political program is similar to the ayatollahs in Iran, not Pope Francis. They want to enforce their religious teaching in law. As one letter writer to The Washington Post asked in response to Cordileone, "Sharia, anyone?"

Bishops also must recognize that lay public officials have responsibilities to non-Catholic constituents as well. Catholic officials have their own sphere of authority and expertise that bishops ought to respect. Sometimes we just have to leave the judging to God. In 1987, Cardinal Avery Dulles observed that the church has always been a "corpus mixtum," a net full of good fish and bad, a field sown with wheat and darnel, which will not be separated until the Parousia or Second Coming.

In 1990 in Rome, I wrote my thesis on this topic: "The Relationship Between Catholic Politicians and Catholic Bishops in the American Political Milieu." Following the pattern of the Avery Dulles' book on Models of the Church, I proposed three "models" of engagement of church and state: separationist, interventionist and transformationalist.

The separationists seek to withdraw from a world, which they regard as evil.

The interventionist model is the mirror image of the separationist. It proposes to engage and even control the secular society. It is a sort of theocracy.

The transformationalist follows the thinking of Jesuit Fr. John Courtney Murray. It is the most American and the most difficult of the three models. It requires respectful dialogue and civility on both sides. This is the path set out by now deceased Chicago Cardinal Joseph Bernardin in his 1990 address on the "Consistent Ethic of Life."

Back then he said:

"I have always believed dialogue with public officials — Catholics and others — is an essential part of the Church's social ministry. Moreover, all public officials should be held accountable for their positions. Indeed, there are times when criticism is called for. It is important, however, that we continue to engage them and not cut them off. … I believe that the Church can be most effective in the public debate on abortion through moral persuasion, not punitive measures."

Pope Francis would agree with Cardinal Bernardin. So do I.

I wonder if Archbishop Cordileone could say the same.