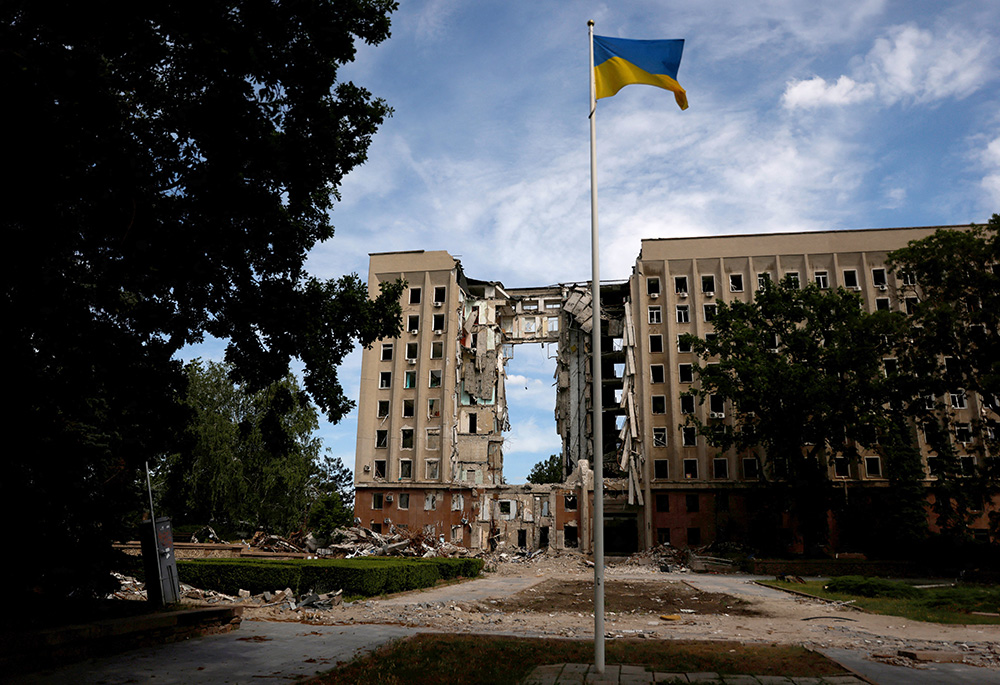 The massacre in Uvalde still tops the headlines in most major newspapers. But, The Washington Post the other day had an article about gas prices near the top of its webpage, another about education policy and a third about resistance to the Taliban's rule in Afghanistan.

The same day, the homepage at The New York Times led with congressional testimony from victims of gun violence. Beneath it were three stories from Uvalde, one with heart-wrenching memories from the families of those killed, another that focused on how teachers are coping with this latest challenge and a third that explained the murderous attack on the school was the second such plot in four years in the small Texas town. All these pieces were excellent, to be sure, as was the paper's coverage of the previous day's primary election results, which came next on the homepage.

You have to scroll down these days to be reminded that there is a war going on in Europe, that Russian President Vladimir Putin's attack on his neighbor has passed the 100-day mark, that the slaughter in the eastern part of Ukraine continues, mortar round after mortar round, whole cities being leveled. Ask yourself: When was the last time you saw an image of Ukrainian President Volodymyr Zelenskyy, the most courageous and humane leader this miserable year has produced?

The television news is the same. The networks still lead with interviews with the families of victims and snippets of congressional testimony, footage and discussion about Matthew McConaughey's powerful presentation in the White House briefing room, focus on the bewildering failure of the police to storm the classroom. Anderson Cooper is the most prominent ambulance chaser on nightly cable news, and he hasn't been reporting from Kyiv in weeks.

At The Guardian, there are multiple reports from Ukraine, where the battle for control of the Donbas region is now centered on the town of Sievierodonetsk. There are half a dozen other stories about the war, from a report on where things stand in Kyiv to a report on Russia's sending Ukrainian grain to Turkey and the Mideast. The war rages on.

There have been calls for a negotiated settlement from some Western leaders. Those calls are mistaken. As Alina Polyakova and Daniel Fried write at Foreign Affairs magazine, "A peaceful settlement sounds reasonable in theory. But in practice — in this war, at this moment — it would yield no lasting peace." Sacrificing land for peace would reward the aggression and serve to cover up Russia's war crimes. There would be nothing to prevent Russia from relaunching a war in a few years, once it has trained new recruits, and such a relaunch would start from advanced positions sacrificed by Ukraine at the negotiating table now.

Some have criticized Pope Francis' ambivalence about the war. Here at NCR, four prominent European theologians published an essay that noted that "the Russian Orthodox Church deliberately and strategically manipulates the statements and the actions that come out of the Vatican to convey the message that Francis is on the side of Kirill in the war in Ukraine." The theologians called on the pope to explicitly stand with Ukraine.

I do not think Francis is ambivalent about the situation on the ground so much as he is ambivalent about his own situation: A pope is both a moral leader and a spiritual leader. From a moral standpoint, Putin and Russia are clearly in the wrong, but from a spiritual standpoint, the vicar of the Prince of Peace should be reluctant to endorse any side in any conflict. At any rate, while I always pray at the tomb of the apostle when I visit Rome, I have never prayed there as the apostle's successor. If Francis' conscience leads him to this ambivalent stance, I can appreciate it, even if, like the theologians, I wish his conscience led him to a more explicit denunciation of Russia's war.

No other Western leader labors under the pope's burden. French President Emmanuel Macron is nobody's vicar and the negotiations between Foggy Bottom, Whitehall and the European Union, in which Ukraine's government is not involved, put one in mind of Neville Chamberlain negotiating on behalf of Czechoslovakia in 1938. The terms that were handed to the Czechs could scarcely have been worse than what they might have negotiated on their own. Will the great powers in Western Europe again sell another country in Eastern Europe in exchange for empty promises of peace?

One hundred and sixty years ago, commenting upon the U.S. Civil War, John Stuart Mill wrote: "War is an ugly thing, but not the ugliest of things: the decayed and degraded state of moral and patriotic feeling which thinks that nothing is worth a war, is much worse."

There are those in Western diplomatic service and in academic circles who possess such a "decayed and degraded state of moral and patriotic feeling." One of the people who doesn't is Zelenskyy. Nor does that grim moral appraisal apply to the people Zelenskyy leads. They have rightly appraised the stakes in this conflict. They know that there is no way to appease an amoral monster like Putin. The pope should pray for peace, but the West should still be about getting as much military aid to Ukraine as possible. Even if the war there no longer leads the evening news.