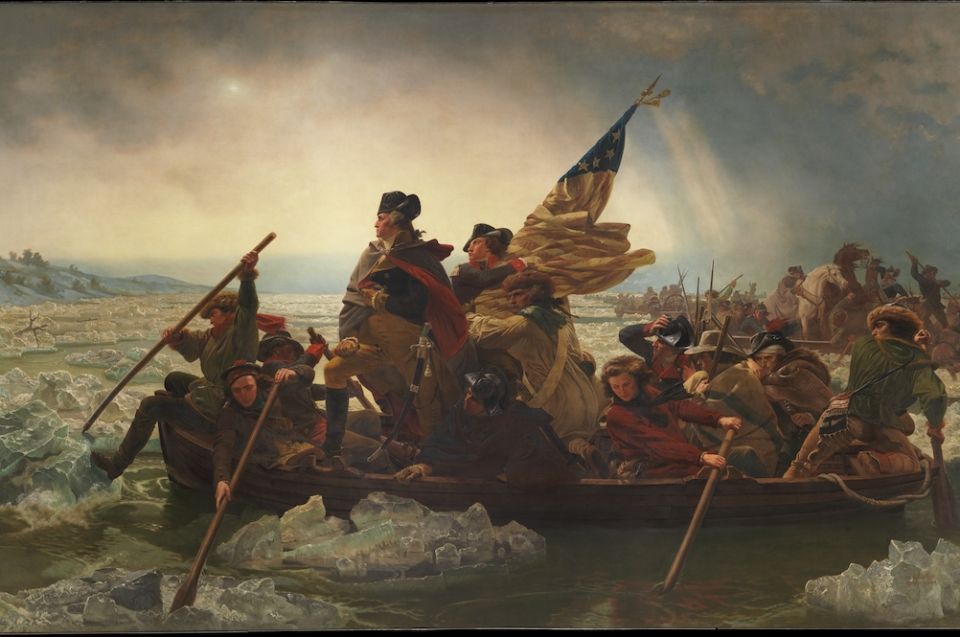 Detail of painting "Washington Crossing the Delaware" by Emanuel Leutze, an 1851 depiction of George Washington's attack on the Hessians at Trenton, New Jersey, Dec. 25, 1776 (Metropolitan Museum of Art)

The "1776 Report" produced by the Trump-appointed 1776 Commission is an especially dangerous document. Upon its release, the commission's report was denounced both for its gross historical inaccuracies as well as for its plagiarism and ideological slant. It was also withdrawn by executive order on President Joe Biden's inauguration day, just three days after its release, on Martin Luther King Jr. Day.

Despite its removal by Biden, Christians must analyze the ways in which the document incorporated claims about God and justice everywhere. The theological claims of the document depended on two nefarious maneuvers: the racist understanding of God that Black theologians have been calling out for decades, and the "whitewashing" of the thought of the Rev. Martin Luther King Jr., which is the process by which portions of King's thought are either suppressed or misrepresented in order to maintain the comfort of white people in a racist society.

The goal of the report was to explore the contours of what the authors call an "enlightened patriotism," which is essentially an account of the relationship among God, America's founding ideals and how to read America's history. The relationship between the first two is revealed in the United States' Declaration of Independence, where God is taken to be the origin of natural equality among people — "all men are created equal" — a recognition that then leads to a number of other fundamental human rights: the right to life, liberty and the pursuit of happiness. From here, the history of the United States is to be read as a journey toward the greater realization of these principles in our public life. The conclusion of the new document presents this perspective in an especially moving way:

America's founding principles are true not because any generation — including our own — has lived them perfectly, but because they are based upon the eternal truths of the human condition … . Throughout our history, our heroes — men and women, young and old, black and white, of many faiths and from all parts of the world — have changed America for the better by not abandoning these truths, but by appealing to them.

As Catholics, we are very much committed to something like this view. We do, after all, believe that all human beings have equal dignity in God's eyes, and that, furthermore, we recognize this dignity in part by respecting one another's rights. And we do, after all, believe that, by cooperating with God, we can help bring about the presence of justice in the world that is God's reign, despite the fact that we will inevitably sin and discharge our task in the world imperfectly.

But what makes this position theologically dangerous, however, is that while this account is compatible with a Christian ideal of hope, it misses the heart of the Gospel message that calls Christians not merely to amelioration of the world's suffering but to the liberation of others from the world's suffering.

As Black theologians have continually pointed out, the difference between a God who seeks the end of racism and a God who ultimately settles for lessening the effects of it is precisely the difference between the true God and the white racist God. And it's the theology of the white racist God that the 1776 Commission embraces, whether through its argument that the tragedy of slavery should be tempered with the "momentous" recognition that the nation's slaveholding founders "planted the seeds of the death of slavery in America" by articulating the principles of the Declaration of Independence, or through its argument that initiatives like affirmative action — programs designed to restore equality between white people and Black people — "ran counter to the lofty ideals of the founders," through the "abandonment of nondiscrimination and equal opportunity in favor of 'group rights.' "

Calls for equality without actions to immediately reverse the effects of inequality — then and now — is what amelioration without liberation looks like. This is what makes the "enlightened patriotism" of the 1776 Commission truly idolatrous.

There is perhaps no better closing example of the evil of this idol than when one observes the whitewashing of King by the commission. As stated above, the commission implies that King, a voice celebrated in the report, would have been opposed to affirmative action on the grounds that it would reintroduce unequal treatment between the races. However, a year before King was assassinated, he wrote just the opposite in his "Where Do We Go From Here?" address:

The white liberal must affirm that absolute justice for the Negro simply means … that the Negro must have "his due." There is nothing abstract about this. It is concrete as having a good job, a good education, a decent house, and a share of power. It is, however, important to understand that giving a man his due may often mean giving him special treatment. … A society that has done something special against the Negro for hundreds of years must now do something special for him, in order to equip him to compete on a just and equal basis.

To misremember King in such a way as to erase his thought in a document released on the day on which our nation honors King's own work — this, in addition to the above — is why the white racist God of the "1776 Report" is, and clearly remains, so dangerous to the Christian thought. 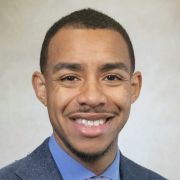 Craig A. Ford Jr., Ph.D., is assistant professor of theology and religious studies at St. Norbert College in De Pere, Wisconsin. He writes at the intersection of queer theory, critical race theory, and the Catholic moral tradition. Follow him on Twitter: @cfordjr.