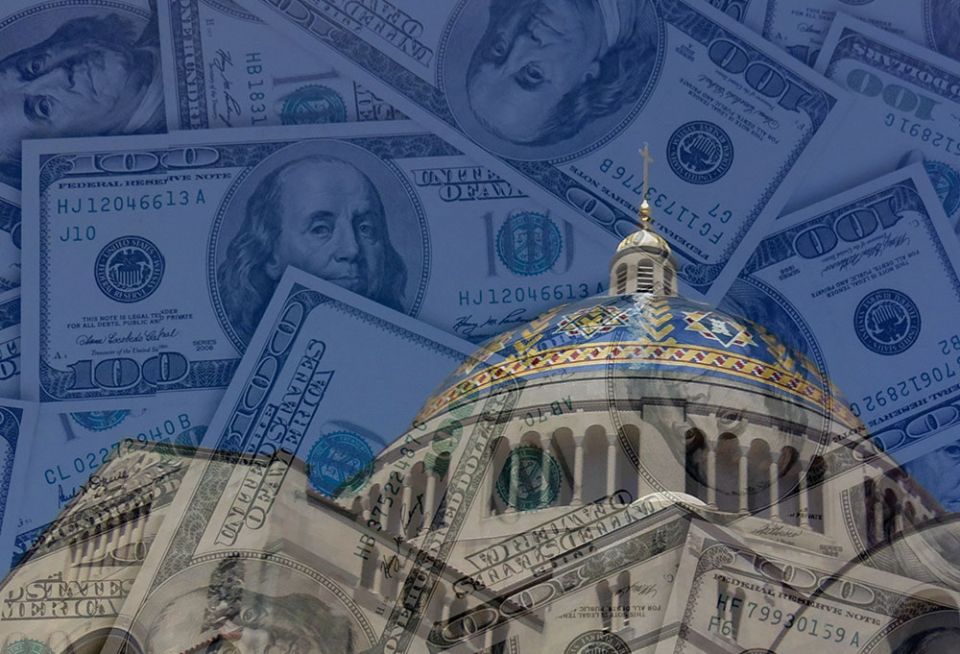 Sean Fieler was once asked to name "the thinkers or donors" who have influenced how he practices his considerable philanthropy.

"There's a good network I've gotten to know over the last decade or so, through boards or shared charitable interests, who have had a big effect on me — Frank Hanna, Tim Busch, and Leonard Leo, for sure," he answered.

Fieler is not a household name in Catholic circles, but anyone interested in the future of the church in the United States should keep tabs on what he and his "good network" are up to. His reply opens the door a tiny crack on a peculiarly U.S. version of Catholicism that exploits the nonprofit phenomenon in this country. It does so in a way that gives that network far more influence than the U.S. bishops have in shaping the image and purpose of the Catholic Church in the wider culture.

Fieler, Hanna, Bush and Leo are perhaps among the most notable but hardly the entirety of Fieler's network. They have in common a few characteristics that are essential to the establishment of this new brand of Catholicism.

They are extremely conservative Catholics who either control or have access to enormous sums of money. They are closely connected to right-wing intellectuals who provide them with useful language. They have used those considerable resources and connections to fund a host of think-tanks, agencies, media outlets and even a major university department that act as both alternatives to official church structures and as the network's megaphones.

The real power brokers and the deals that harden the image of U.S. Catholicism as an ultraconservative, libertarian behemoth aren't a product of the bishops' conference.

The outfits they fund reinforce Catholic identity as equivalent with a libertarian approach to economics and politics. They amplify a vision of church in which a narrow political approach to abortion and LGBTQ issues are the litmus test for what makes a good Catholic. It is a version of the Trump-leaning Republican Party wrapped in a highly modified Catholic apologetics.

I learned of Fieler's 2019 interview through a link contained in the piece of superb reporting by NCR national correspondent Christopher White, who details the most recent activity of that network: Catholic groups pumping millions of dollars into voter suppression initiatives. In the name of opposing abortion, some far-right Catholic groups who enjoy the largesse of the network have taken up with the big lie that Trump lost the election because of voter fraud.

The front group is the Election Transparency Initiative, "a $5 million voting reform campaign targeting states with 'close 2020 margins and a pro-life GOP-controlled legislature,' " according to White's report. It was launched as a combined effort of the Susan B. Anthony List, which self-describes as "supporting anti-abortion politicians," and the American Principles Project, which describes itself as the "only national pro-family organization engaging directly in campaigns and elections."

Fieler, president and chief investment officer of the hedge fund Equinox Partners, is a board member of the Susan B. Anthony List and chairman of the American Principles Project.

White's reporting unravels more of the connections, board associations and alliances included in the network. However, it is a safe bet that his reporting and the considerable work NCR has done in the past to expose other connections among wealthy conservative Catholics and their funding patterns is but a small corner of that universe.

For a more extensive look at the previous coverage, see this editorial, which also lists links to the reporting.

To be clear on one point: All of this reporting and analysis should not be construed as a blanket condemnation of wealth and people who hold it. It is quite apparent that people of considerable means can make wonderful things happen. NCR is one of those things.

At the same time, it would be naive to ignore the fact, given the ample evidence in our sacred texts and in human history since, that money is also quite effective as a corrupting influence. It tips the scales, opens doors that otherwise would remain closed, grants levels of authority and influence to those who, without wealth, would have no standing. It paves the way to membership in elite Catholic organizations, papal knighthoods, and it places in the donor's debt religious leaders who otherwise might be issuing critiques instead of plaudits.

While a great deal of energy is spent, understandably, trying to figure out where this divided church is headed, the real power brokers and the deals that harden the image of U.S. Catholicism as an ultraconservative, libertarian behemoth aren't a product of the bishops' conference or any of its agencies. Collectively, the U.S. episcopacy, by virtue of scandal and other forces, has largely been drained of authority and credibility.

The real deals are done out of sight, among hedge fund executives, credit card barons, luxury resort developers, those who've made fortunes protecting and strategizing to enhance the fortunes of some of the wealthiest humans inhabiting the wealthiest country in the history of the planet.

Fieler is a hedge fund executive described by Inside Philanthropy as an "ideologically motivated funder." Hanna, CEO of the Atlanta-based Hanna Capital and a member of Regnum Christi, the lay arm of the scandal-riddled Legionaries of Christ, made a fortune marketing subprime credit cards. 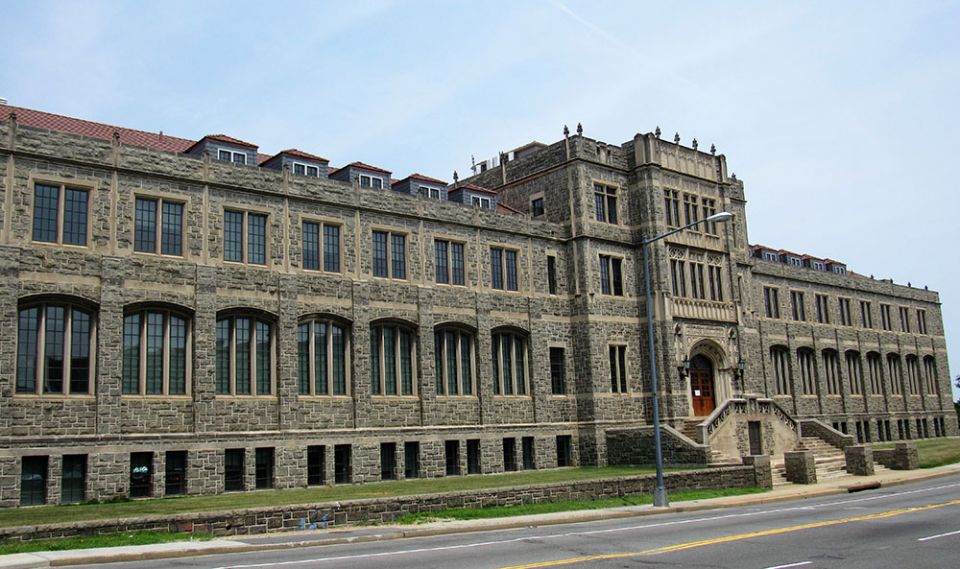 Maloney Hall, home of the Busch School of Business at the Catholic University of America in Washington, D.C. (Wikimedia Commons/Farragutful)

Busch's law firm helps the ultrawealthy to protect their wealth so it can be handed on to heirs. And while those clients are still alive, his luxury resorts provide places for them to play. He also is the principal funder of the Catholic University of America business school that bears his name.

Leo, for years the executive vice president of the Federalist Society, has been the principal architect of the conservative makeup of the Supreme Court and the supply line for conservative judges appointed by the Trump administration.

It is one thing to donate to an organization or cause that you think will benefit humankind. What Fieler and his network have in mind is far different by many degrees. There may be no manifesto of intent or outline of a campaign available, but the words of some of the principals are clear enough.

Deeper into his interview with the Philanthropy Roundtable, Fieler details his ambition. After lamenting that the Republican Party had no coherent vision for fighting the threat to religious liberty, a theme popular on the religious right, he turns to a wider vision. "We need a bigger and deeper network of social-conservative philanthropists working together," he said. "We need to build a larger community so we can avoid being isolated or marginalized, and learn from each other. ... We need much better coordination, and putting the information out there is part of an effort to do that."

Still later, he emphasized the need to be involved not only in articulating a vision but also in the politics necessary to make those ideas public policy. "By clarifying social-conservative principles in campaigns, and making those principles central to voting, we will have more success in translating our ideas into policy."

A few years ago, Busch, speaking near the conclusion of a multiday conference his Napa Institute sponsored at Catholic University, was blunt about how he viewed this brand of Catholic activism. Groups such as his Napa Institute and Legatus, a Catholic organization limited to CEOs commanding a certain level of wealth, and all of the other organizations that would make up the "good network" are the real engines behind "evangelization of our country," he said. He described them as "Catholic NGOs" and said they are "what's making a difference in the American church."

Though admitting that such groups are "tethered to the church through a bishop" and in that way "they're following the magisterium of the church," he added that the NGOs "have access to capital that the church doesn't."

The tethers are loose. In the case of Busch's Napa Institute, the episcopal representation is a roster of some of the most conservative voices in the American hierarchy. They function less as tether than affirming cheerleaders.

It was clear at that Catholic University meeting how little regard the good network has for the church's long-established social justice teaching. After Vatican official Cardinal Peter Turkson delivered a talk delineating a litany of papal and other church statements that countered the conference's embrace of unrestricted markets, Busch counseled that "we have to listen to both sides." The good cardinal was given a slot to say what he had to say, but it was little more than window dressing. 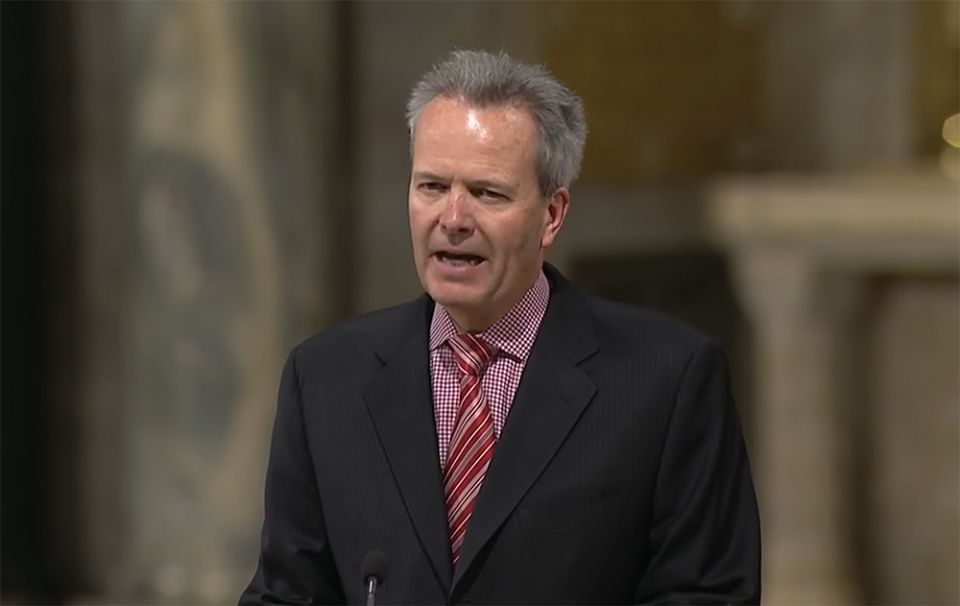 Timothy Busch speaks at the opening Mass for a Napa Institute symposium in March 2017 at the Basilica of the National Shrine of the Immaculate Conception in Washington, D.C. (NCR screenshot/YouTube/National Shrine)

The real hero and special guest, hailed by Busch as "the refounder of America," was the other side's archlibertarian Charles Koch, worth an estimated $47 billion, who had anted up $10 million for Catholic University's Busch School of Business and Economics.

Koch, in his remarks, gave not even a polite nod to what Turkson had just said.

So there you have it. What Fieler, Busch, Hanna and friends are doing is not, on the face of it, illegal or immoral. No church law prevents them from doing it. They are simply using what's available to them — and it begins with access to a lot of money — to impose their vision on the institutional church and, by extension, on Catholics across the country.

They have the loudest voices. They've determined what is "nonnegotiable" for Catholics involved in politics. They've made clear who should be in or out in terms of church membership. They have rationalized fidelity to a Trumpian politics while giving voice, through the media they fund, to the loudest of those opposing Pope Francis. Their concern for the poor is subservient to a marketplace free of any restraints. They have seen clear to spend millions supporting racist voter suppression initiatives underway. And they've done it all without a word of interference from their individual bishops, the bishops in those states where their money is aiding the voter suppression cause, or from the United States Conference of Catholic Bishops.

The "good network" is the new U.S. magisterium, the real locus of authority.

Know where our church is heading — and who's leading the way.

A version of this story appeared in the April 30-May 13, 2021 print issue under the headline: The new magisterium: wealthy Catholics . 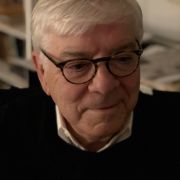 Commentary | Wealthy conservative Catholics are the new US magisterium

What influence does religion have on Americans' lives?

In came Latin, incense and burned books, out went half the parishioners