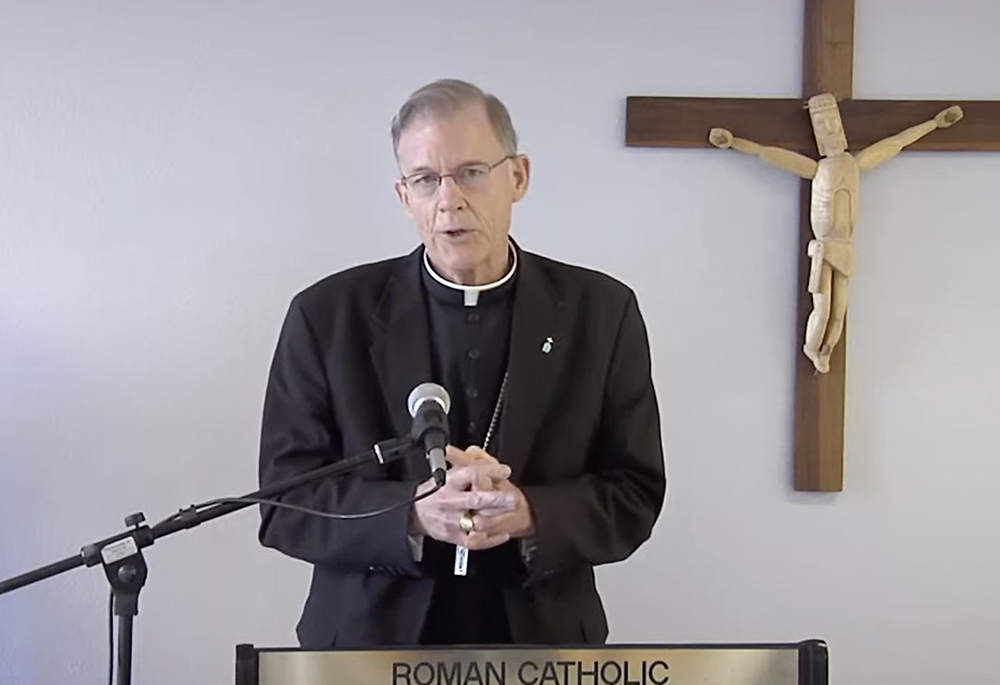 We don't always hear about the boldness of some Catholic Bishops to draw us to the active nonviolence of Jesus. Yet, a steady, persistent pattern is emerging, especially with Santa Fe Archbishop John Wester's recent pastoral letter urging nuclear disarmament.

In the global Catholic community, we are amid a transformative pattern of reflection, call and praxis of nonviolence, as encouraged by Pope Francis.

This is significant because Catholic teaching has often reflected on peace, yet without a robust description and centering of active nonviolence. Thus, we have been limited in the formation of disciples and practical strategies to engage conflict constructively. In turn, the just war framework, first developed some 15 centuries ago, has lingered in official Catholic teaching and advocacy.

Key markers in the recent transformation include Francis' 2017 World Day of Peace message, "Nonviolence: a Style of Politics for Peace," and his 2020 encyclical Fratelli Tutti. In the latter, the pope weaves numerous threads of nonviolence, and proclaims: "We can no longer think of war as a solution."

Remarkably, U.S. bishops have been increasingly participating in this paradigm shift. In April 2019, Chicago Cardinal Blase Cupich wrote a supportive letter for the "Path of Nonviolence" workshop at the Vatican, co-hosted by the Dicastery for Promoting Integral Human Development and Pax Christi International.

Cupich called on the church to "take a clear stand for active nonviolence and against all forms of violence," which he said includes "structural forms of violence" such as "military systems … racism and sexism." He also created a Violence Prevention Initiative in Chicago.

During an earlier Vatican conference in November 2017, San Diego Bishop Robert McElroy argued that the just war framework, long used by the church, has "become only a little bit less than a green light" for war. He said the church must "recognize the increasing incapacity of the just war tradition to be an effective constraint on warfare in the modern age."

Following Fratelli Tutti, McElroy told NCR: "It is hard not to conclude that the church is abandoning the just war framework and seeking to construct a new moral framework that has not yet emerged."

Beyond the Vatican, a range of U.S. bishops have taken part in or praised nonviolent actions in recent years. 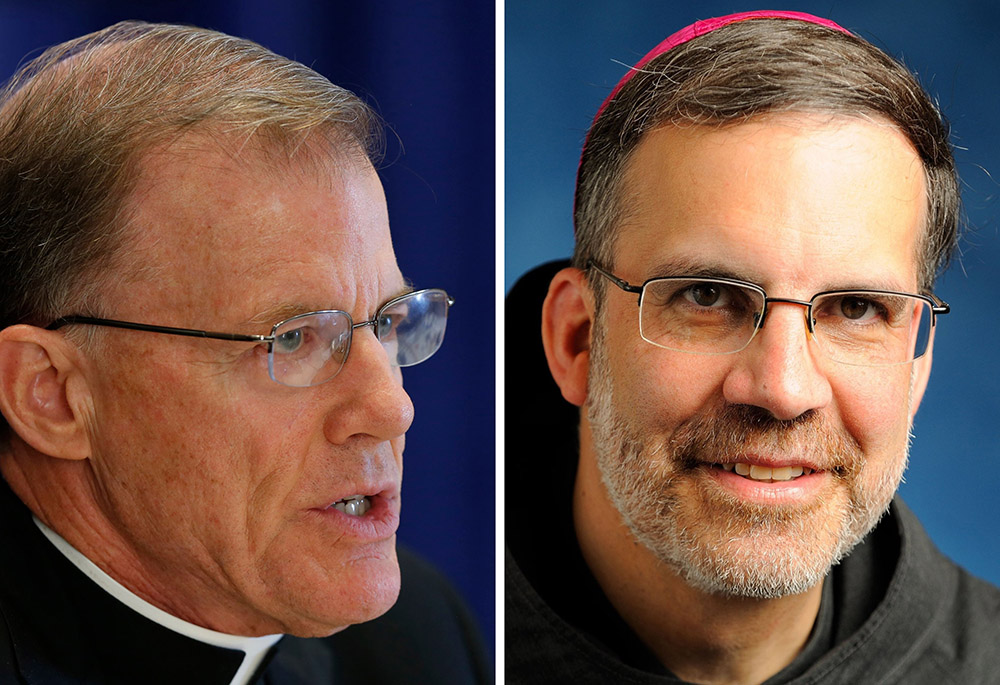 Separately, Washington Cardinal Wilton Gregory has also referred to the value of nonviolent witness. And in September 2020, Little Rock, Arkansas Bishop Anthony Taylor argued for a shift away from the just war framework towards what is called a "just peace" framework.

"There are now many within the Church who recognize that the Just War theory is inadequate," said Taylor. "The thought that a war might be 'just' is not only an illusion, it also makes war less unthinkable and thus plays into the hands of those who invent justifications for their aggression, often portraying it falsely as self-defense."

Wester's recent pastoral letter — "Living in the Light of Christ's Peace: A Conversation Toward Nuclear Disarmament" — is surely one of the most thorough and important reflections yet on the Catholic Church's turn toward nonviolence.

Wester does a masterful job especially challenging our country's continuing possession of nuclear weapons, and our attempts to "modernize" such arms. 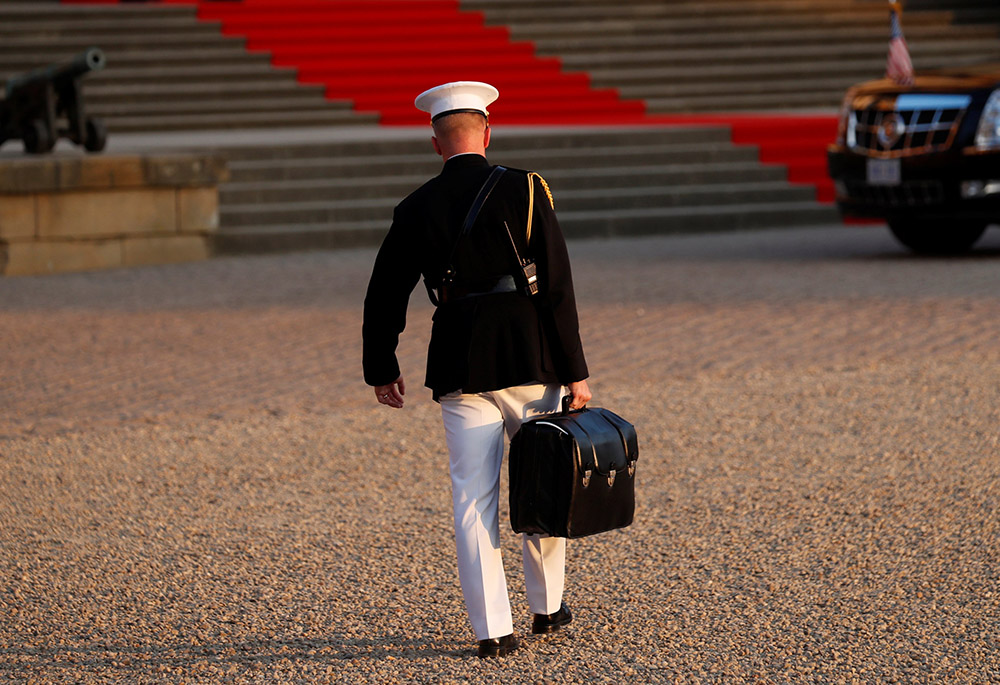 The beauty of the archbishop's letter arises from his deep theological reflection on Christ's understanding of nonviolence.

"When [Jesus] began His public ministry, Jesus said, 'The kingdom of God is at hand, repent and believe in the Gospel,' " writes Wester. "In part, He was saying the days of violence, injustice, war and empire are coming to an end. We are invited to welcome God's reign of peace and live in God's universal love and nonviolence here and now."

Wester shares his sense of who God is and thus, who we are as humans.

Reflecting later on how humans are invited and challenged to live, Wester re-examines some of the most important words Catholics encounter at Mass.

"At the Passover meal, Jesus takes the bread and says, 'My body broken for you.' He takes the cup and says, 'My blood shed for you,' " writes Wester. "Jesus does not say, 'Go break their bodies for me; go shed their blood for me.' "

"Here Jesus offers the new covenant of nonviolence," the bishop states. "Those of us who partake of the Eucharist enter into the way of the nonviolent Jesus, which is the preference of suffering and dying, rather than killing" (Page 17).

Wester insightfully points out examples when the disciples strayed from this way of moral living. One example he describes is the scene of Jesus' arrest in the Garden of Gethsemane, when Peter takes out his sword to try and defend Jesus.

Wester recounts: "Jesus issues His final commandment: 'Put down the sword.' These are the last words of Jesus to His community, to the church, before He was killed… Suddenly, they realize how serious Jesus is about nonviolence, and so they all abandon Him" (17).

To practice God's universal nonviolent love, Wester boldly proclaims: "There are no exceptions, no justifications for warfare, and no 'just war theory' " (15).

Stowe responded to Wester's letter saying, "We should all heed his voice and contribute to the process of disarmament through practicing nonviolence in our daily lives and advocating the end of nuclear weapons."

This echoes a growing sentiment among some U.S. bishops to advance nonviolence as a core value at the heart of the teaching of Jesus and the mission of the church. Let us support these bishops, amplify the praxis, and invite other prelates to participate in this ecclesial transformation, especially during the present three-year global synod process.

A version of this story appeared in the Feb 4-17, 2022 print issue under the headline: Wester's powerful peace letter part of hopeful trend.