Anger: A virtue for our time, because silence is not working 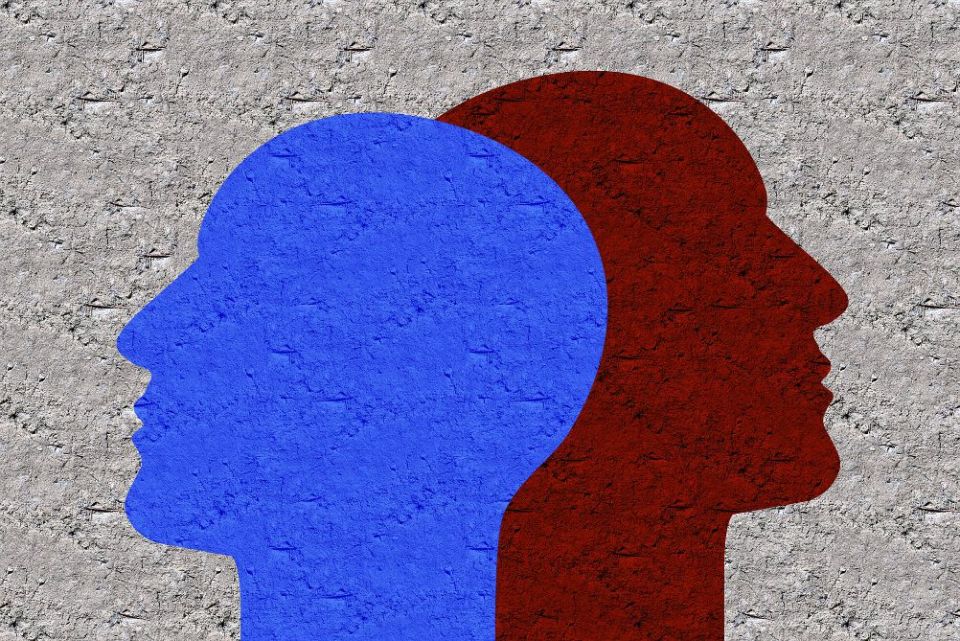 Editor's note: This is the first of a new series of columns by Benedictine Sr. Joan Chittister on essential contemporary virtues.

"Generally speaking," the Dalai Lama said, "if a human being never shows anger, then I think something's wrong. He's not right in the brain."

I read that statement and started thinking all over again: The fact is, I'm disturbed because I'm looking for more anger than I'm hearing. The silence I'm hearing sounds like a death knell.

Conversation is not easy these days, I know. It's hard to talk to anyone about anything now without wandering into their politics. And that's dangerous territory. You never know what social unit you may be destroying because of it. An important friendship? A close family relationship? The long-time backyard party put on by the neighbor who does all the barbecues? The people you work with? Your marriage?

So nobody's talking. Every topic once considered important, interesting, relevant at all, is off the list. Even politics. Maybe most of all, politics.

After all, we were raised to be nice. We taught our children to be nice. But today, "nice" is the conversational path to nowhere. No opinions. No new ideas. No conversation that was once scintillating, educational. Now talk just trails off into nothingness. But at that point, there's not much left to say beyond the time of day. "Nice" talk agrees with everything, listens but pursues no point, develops no ideas, and presents no data to open new aspects of the subject. It's "niceness" guarantees to make hypocrites of us all. We smile. We say nothing to the contrary. We add nothing to the wisdom or the honesty of the human race.

But "niceness" — silence for the sake of peace — is not a virtue; niceness is at most an escape from reality, the camouflage of honesty. And so, it fixes nothing. It's not putting families, friends, colleagues — the country — back together again. It is simply widening the distance between us. Where there is no possibility of discussing difficult things together, there is no relationship to save. The better the distance, the better the pseudo-relationship.

The silence is simply not working.

It seems to me, then, that we need a new category of virtues for times such as these. We need the kind of virtues that enable us to do something about what's bothering us. To resolve a conversation, we need to advance a conversation. So, I am going to suggest some different approaches to difficult times in the hope that, in facing them all head-on, we may somehow or other find our way back to friends, family and neighbors, honest and without rancor.

The first virtue I suggest for this era of pent-up frustration is Anger.

It's anger that tilts the globe away from flight to the hammock to the very center of reality. We stop lolling along through life and begin to push the globe uphill.

Anger is what wells up someplace between antagonism and rage in us. Anger does not set out to destroy. It sets out to demand a resolution. Things, we know, simply cannot stay where they are. Anger demonstrates that unrest, and it works toward resolution. It tells us that someone has something more to say, something that must be said if we are ever to recover from the rupture that separates the segments of our lives.

Better yet, anger is the point at which something more must be done if our private little worlds are ever going to balance themselves again.

Anger, in its healthy form, is not meant either to be mean or to be unkind. In fact, when it is, it is useless and out of control. Then anger becomes the problem rather than part of the solution. Anger simply says "enough!" Which is exactly when the commitment to finding a solution to it finally emerges. 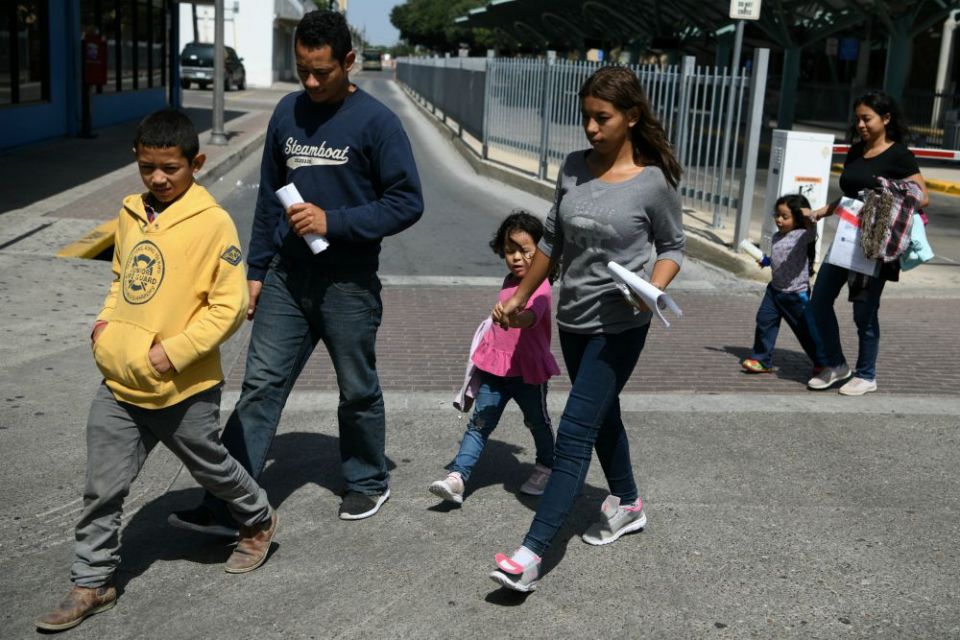 When locking up immigrant children is what makes us angry, it's time to do something. It's time to refuse to allow our silence to be construed as approval of what we don't like. It's the moment to make it clear that if this kind of behavior does not stop, there will be consequences. It's time to raise our hands in public, to make a clear declaration that says for all to see, "Count me in."

Anger is the need we have to pursue an issue to a point of resolution, but it is also the time to realize that resolution will not happen unless we set out to move the needle of understanding and sensitivity to others. It takes one position but seeks to understand the needs that underlie totally different positions from someone else. Anger does not insult or demean or judge a person who holds positions different from my own. It seeks the middle ground in order to meet needs across the human spectrum rather than merely our own.

The truth is that anger pursues a concern, but anger also listens. Listening is the only way two people can come together with respect for different ideas as well as with genuine openness to another human being.

Anger, in other words, is a Geiger counter. It finds the ticking time bombs of the heart. It clarifies them. It searches out their root ideas. It seeks to add to the available data. It deepens the approach to a subject. It brings depth. It requires us to look at our own positions more critically. Most of all, it can lead us to mutual understanding that can lead us to find another way to resolve a situation together.

Holy anger does not harden us in our position, it moves us to do something about resolving it. Most of all, it makes it impossible for us to be superficial anymore. Anger tells us that there is something at work in this situation that needs to be uncovered. Something that needs to be healed. Healthy anger does not simmer and fume; it joins the call to find another way. 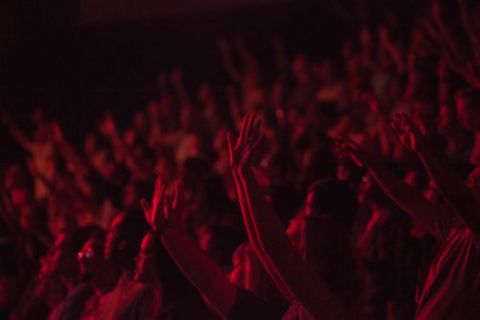 Anger is energy. It moves us away from the television set to write a letter to a U.S. senator about student loans or to the local school board about the need for crossing guards in town. It wipes away the complacency that settles into life before it's too late to rescue ourselves from "niceness" turned silently sour. It opens our eyes to new needs.

Anger is a connector, too. It brings us into contact with people who know more than we do about a subject, or it moves us off the couch to do something to unmask what is lurking unchallenged in the society. It rips the bandage of niceness off whatever it is that is shaping our world as we refuse to do our part to shape it.

Most of all, anger is a signal from me to the world about the importance of what I'm concerned about. It cries out for the public silence to be broken.

From where I stand, I am plenty angry about putting foreign children in cages. Unable to speak their fears, they live in terror of getting up again, tomorrow after tomorrow, in a strange place with no family there to take care of them.

I'm very angry, too, that personal insult has become an acceptable characteristic of an American governmental system that rides on invective rather than reason. To make matters worse, to have as a symbol of America a president who demeans others — even allies — w ho think differently than he, is an attack against democracy itself. It may well isolate us in a world that is fast becoming a global village.

I'm angry about watching the American presidency slipping fast into a monarchy. And I'm just as angry about a suited-up but silent Congress without a conscience that is allowing democracy to deteriorate right in front of their eyes. They themselves say nothing while British parliamentarians stand up together and lock arms across the aisle to save the British democracy.

It took a while, I admit, but I've finally come to peace with anger, thanks to Edmund Burke who in 1769 cleared up the difference between patience and cowardice for me. Burke understood anger's place in the journey to justice. He wrote, "There is a limit at which forbearance ceases to be a virtue."

With the democracy and very character of this country in danger, I feel conscience-bound to raise the issue everywhere. No. More. Nice. Girl. Anymore.

At least not until America is America again.

A version of this story appeared in the April 3-16, 2020 print issue under the headline: Anger: A virtue for our time, because silence is not working .

Column | Anger: A virtue for our time, because silence is not working

Fear may be preventing progress in our world