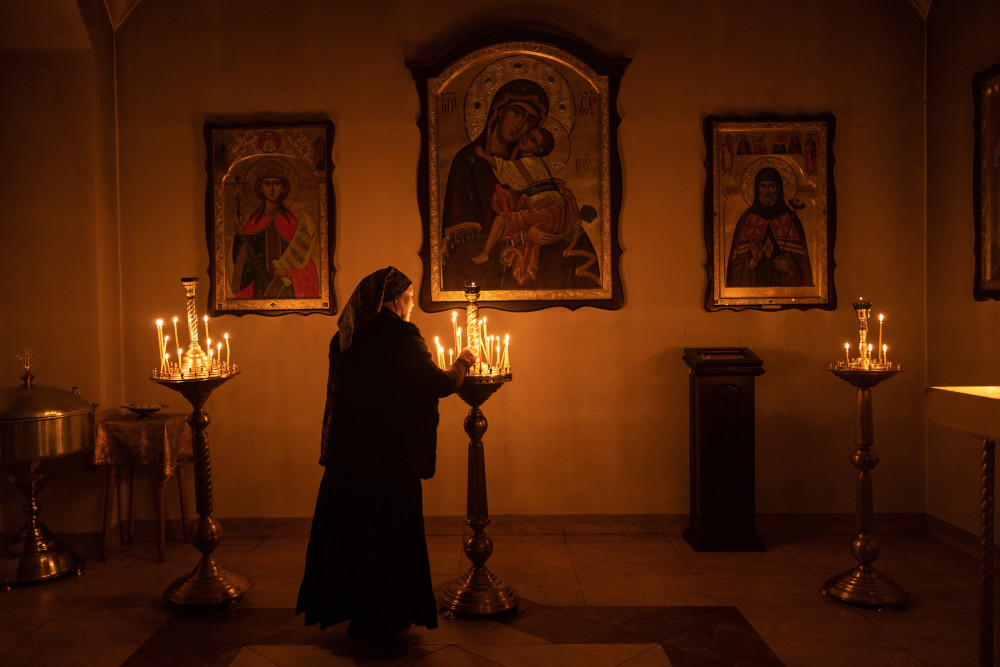 A Ukrainian woman lights candles inside a church in Lviv April 17 during the Russian war. (CNS/Alex Kent)

The American public is incapable of multitasking when it comes to international relations. We can focus on only one crisis at a time. Today, we are rightly focused on the Russian invasion of Ukraine, but it would be a mistake to ignore problems in the rest of the world.

After World War II, our focus was on stopping the spread of communism, first in Europe, then in Korea, Vietnam and Latin America. After 9/11, we became obsessed with stomping out Islamic radicalism. Some of this was justified, but by looking at the world through a single lens we made terrible mistakes in Latin America, Vietnam, Iraq and Afghanistan by supporting corrupt governments that were disconnected from their people.

The world is much more complicated than we believed. We in the West thought if we simply killed or rooted out all the communists and Islamic terrorists, we would solve the problem. In fact, we often made it worse as collateral damage from our response turned more people against us.

We also ignored the social, economic and political problems that bred communists and Islamic radicals. And when we did recognize these problems, we naively responded with ineffective programs insensitive to the local cultures.

Economic sanctions, for example, can be a blunt instrument that hurts common people much more than the leaders of a regime. Sanctions have not brought down the Cuban and Iranian regimens, but they have hurt their people. The Vatican has always opposed sanctions for this reason. St. John Paul II even opposed the economic sanctions imposed on the Polish government by President Ronald Reagan.

Similarly, though most Americans support the West's efforts to help Ukraine against the unjust aggression of Vladimir Putin, we need to look at them with a critical eye, and recognize now that some of our actions will have negative consequences.

Sanctions that cut off food and medicines are inhumane and immoral. They are the economic equivalent of indiscriminate shelling of cities. We must find ways of limiting the impact of sanctions on innocent civilians.

We must also consider the impact of sanctions on third parties. Making it impossible for Russia to sell its grain and fertilizers to other countries will cause higher prices and even famine around the world. The war has also made farming impossible in Ukraine, which with Russia is a leading exporter of grain for the world. This may be good for Western countries' agribusiness, but it could lead to political chaos and increases in refugees in the Middle East and Africa. 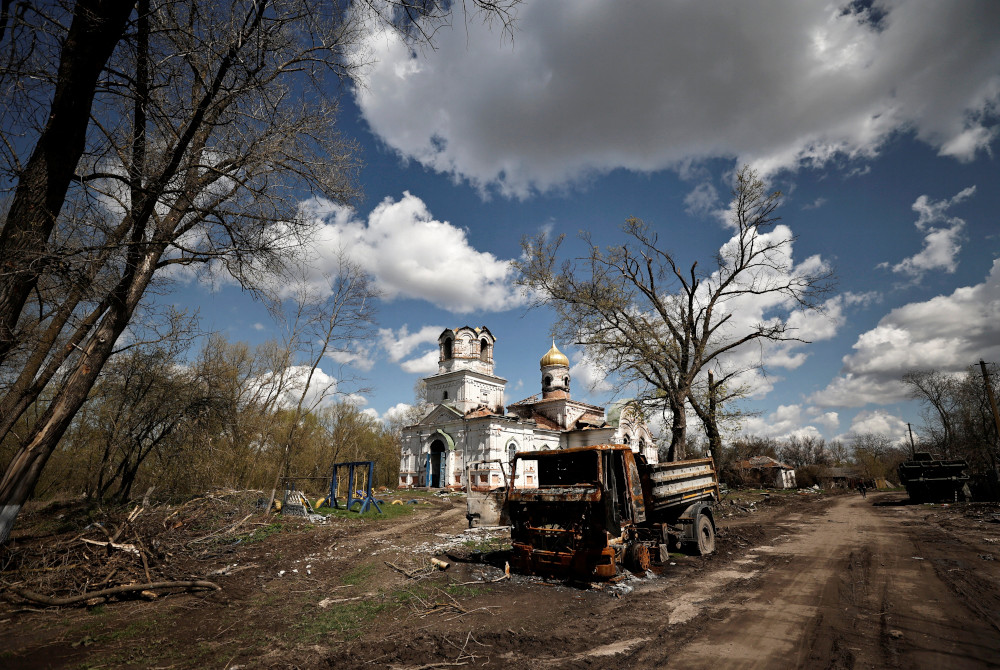 A church destroyed by Russian shelling is pictured in Lukashivka, Ukraine, April 27. Russia denies targeting civilian infrastructure, but the BBC has identified a number of religious sites that have been destroyed or suffered damage. (CNS/Reuters/Zohra Bensemra)

If it is OK for Europe to continue buying oil and gas from Russia, why is it wrong for countries with hungry populations to buy grain? If we don't mitigate the side effects of sanctions, we will cause serious problems around the world.

There are already too many problems in the world. China is losing its war against COVID-19. Ethiopia, South Sudan and Yemen are still racked by war. Palestinians and Jews are fighting on the Temple Mount. Violence between Christians and Muslims is escalating in Nigeria. The Islamic State group, also known as ISIS, is challenging the Taliban rule in Afghanistan as it faces economic collapse. Hindu nationalists are using violence with impunity in India.

In the Western Hemisphere, Nicaragua has systematically repressed any opposition to the government. Brazil and Hungary are led by populist presidents who used democracy to attain power but now are undermining democratic institutions to stay in power. The U.S. Commission on International Religious Freedom has documented ongoing violations of religious freedom globally. And then there is global warming.

Solving these problems is getting more difficult as people have lost faith in their political, economic and religious leaders. They are fed up with corruption and an economic system that makes the rich richer and shrinks rather than expands the middle class. They find it difficult to distinguish between fake news and legitimate media.

With so many problems in the world, Americans may be tempted to retreat to isolationism. On the contrary, we need a comprehensive foreign policy implemented by an intelligent but humble diplomatic corps.

With so many problems in the world, Americans may be tempted to retreat to isolationism. On the contrary, we need a comprehensive foreign policy implemented by an intelligent but humble diplomatic corps. We have made too many mistakes in the past to think that we have the answer to the world's problems. Every policy should be examined for possible negative consequences. Programs should be supported not by ideological theories but by evidence that they work.

The Panama and Pandora papers leaked to the International Consortium of Investigative Journalists have revealed in detail how corrupt politicians and businesspeople hide their money with the aid of lawyers, real estate agents and weak government regulations. Congress has the power to curb this, and it should, by working to eliminate shell companies and other practices that allow criminals to hide their money.

Ukraine deserves our attention, but it is one of many connected crises around the world. We won't have stopped it until we stop ignoring the rest.