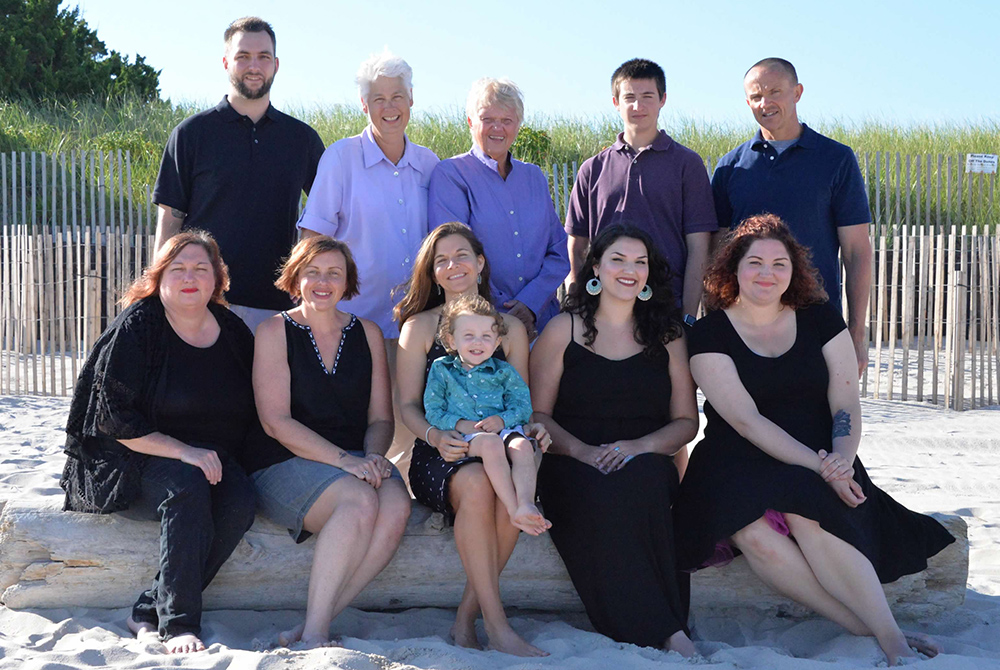 On July 25, the church will celebrate the first World Day for Grandparents and the Elderly, near the feast of Jesus' grandparents, St. Joachim and St. Anne. Although Scripture does not elaborate on Jesus' relationship with his grandparents, given the culture of the times, it is likely he knew them well through extended family visits where living space and daily life would have been shared.

As a Catholic lesbian couple of 40 years with five grandchildren ranging in age from 33 years to 8 months, the approach of this celebration provided an opportunity to reflect on our family story and those of others in our circle. We realize that our faith and our identity as LGBTQ people have shaped our experience in significant ways.

When we met and fell in love in the 1980s, one of us (Kathleen) was a mother of three children, and the other (Honour) was a single woman with no children. Our worlds were so incredibly different, and we knew merging them would not be easy, but we could not deny what we felt.

In 1987, Kathleen's daughter was part of a cult-like church that believed lesbians were evil and should therefore be treated like outcasts. This is when our first granddaughter came into the world. We were eager to be a part of her life and help her single mom, but we were kept away emotionally and physically. When they moved from New York to California, our exposure to our beautiful granddaughter became even more limited. We sent birthday gifts that were returned, and we were not allowed to see her.

Six years later, in 1993, our second granddaughter came into the world. The protective bubble was still in effect, but we did visit. We were allowed to have limited interaction with our young granddaughters, but they were never left alone with us. We were viewed as sinners who were not to be trusted and we were never comfortable or welcome in our beautiful granddaughters' world.

Eventually, when the girls were about 2 and 8, their mom ended up meeting a caring gay couple, whom she befriended. Over time, the couple's kindness and helpfulness helped my daughter rethink who we were and her treatment of us. This important connection sparked the gradual changes that led to us becoming more involved in our granddaughters' lives. At age 17, our eldest granddaughter moved in with us to attend college in New York. She currently lives near us, is happy to be a part of our lives and is an advocate for our love.

The shift in our family's acceptance also grew stronger as our grandsons came into a more evolved and loving world. When Kathleen's son had his first son in 2001, our experience was a stark contrast to our experience with our granddaughters. In fact, Kathleen's son insisted that he would not have his son baptized Catholic because he did not want to be a part of any church that refused to accept us.

We were always welcomed into and involved in our grandson's daily life. In 2008, when everyone was talking about Ellen DeGeneres and Portia de Rossi getting married, our 7-year-old grandson's response was, "People should be able to marry whoever they want, enough already!" When New York state passed same-sex marriage and our wedding picture appeared in the newspaper, our grandson's baseball team saw the photo and had a surprise celebration for us after a game with cake and champagne to toast our union.

Five years later, in 2013, our second grandson was born. We retired the same year, which meant we had more time to bond with him and be an integral part of his life. This grandson knows nothing about the oppression we've endured or the intolerance we've faced, and it's truly wonderful. He has a neighborhood friend who recently proclaimed that she has two grandmas that are married, too! It's amazing to see the two of them express joy and pride for what once was a hidden secret, a source of shame for our family. 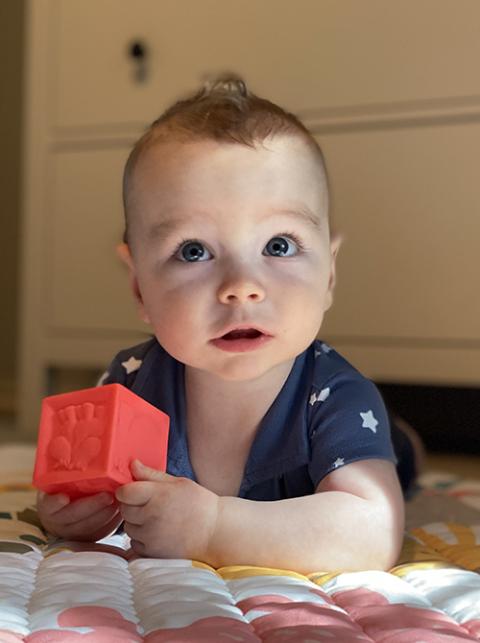 That feeling of amazement continues with our new 8-month-old grandson, the child of Kathleen's youngest daughter and son-in-law. They live in Austin, Texas, but we connect daily through FaceTime. Our biggest challenges with this grandson are missing him and figuring out what names he will call us, not his acceptance of us. This is a drastic change from our concerns when our first grandchild was born!

It didn't happen overnight, but today we are the matriarchs of our family, and we are very involved in the lives of each of our children and grandchildren. We went from being a secret hidden in the background to being a source of pride and joy, in our families and in this new improved world. This remarkable change did not come easily, but our faith helped us remain strong through all the challenges we faced.

Through our involvement in Dignity — an organization focusing on LGBT rights and the Catholic Church — we have met many other LGBTQI grandparents, as well as people who are deeply involved in the lives of great-nieces and -nephews, members who are the primary caregivers for their parents or other elders, and younger people whose lives have been greatly impacted by the elders in their lives.

Some have stories like ours, where acceptance and affirmation came slowly. Some, sadly, remain estranged from children or siblings. Many have strong, loving relationships with their extended families.

Two women from Texas laugh about how what they call their "family car," as it is used only for travel to out-of-town family events, racked up 55,000 miles in two years through trips to their grandchildren's soccer and basketball games, track and field events, and first Communions, confirmations and graduations.

A male couple from Ohio rejoice in the love of their kids and six grandchildren, who call them "Pappaw" and "Pa Joe." They are saddened by the reality that none of their grandchildren identify as Catholics, due to the church's rejection of their grandparents. This loss of affiliation with the church by younger generations is something many of our friends say is a reality in their families.

Some of the older members of our community worry about what their futures hold. Like many elders, they do not want to burden family members with care but are concerned about what they might experience should they enter a long-term care residential facility or drop in at the local church for the congregate meal program. Will they encounter a biased environment that forces them back into the closet? Will they be treated badly if caregivers know they are LGBTQ? Will they be able to share a room or suite, as other married couples do? These questions raise real concerns among our circle.

A young transgender member of our circle said her grandparents' response to her coming out was, "Maddie, this is great news!" Her grandfather, with whom she shared a love of mathematics, said, "The math side of me has always wanted an equal number of granddaughters and grandsons. Now I know I have four and four, and that makes me happy." What a loving affirmation!

A gay man in graduate school wrote a moving Facebook post about how the mentorship of older gay Catholics helped him shape his identity, modeling how to integrate his faith and his sexuality, and giving him a variety of models for what a full, happy life could look like for him.

Yes, let us take sacred time to honor the grandparents and elders in our lives, and let us be sure to include the LGBTQ+ people in this group. They have much to offer their families, their communities, and the church, and they have some needs that a pastoral church could help to address.

[Kathleen Kane and Honour Maddock live on Long Island and have been members of DignityUSA since 1988. When not online chatting with their grandchildren, they are at their grandson's baseball games or playing racquetball or golfing. They are also very involved in the Women of Dignity Caucus.]