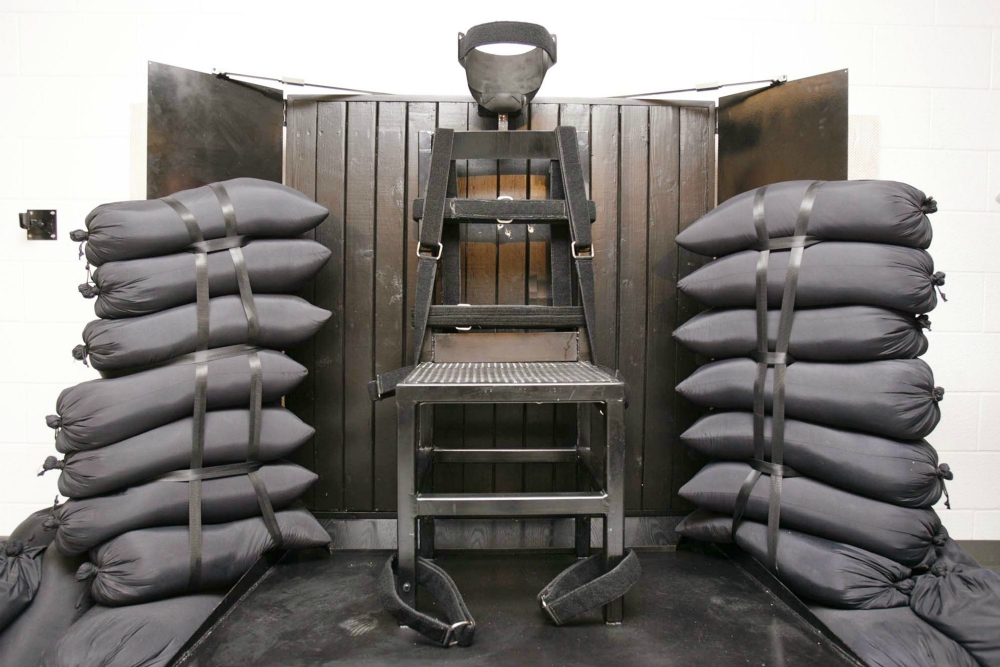 The execution chamber at the state prison in Draper, Utah, is seen in a 2010 file photo. (CNS/Salt Lake Tribune pool via Reuters/Trent Nelson)

More than 250 politically active conservatives from 44 states have signed onto a statement voicing their support to end the death penalty in the United States.

The statement, which was written and organized by the advocacy group Conservatives Concerned About the Death Penalty, comes a little more than one month before the federal government plans to resume executions in December. Attorney General William Barr announced July 25 that the Justice Department was reinstating the federal death penalty for the first time in 16 years.

The Conservatives Concerned About the Death Penalty statement reads, in part, "We have come to the conclusion that the death penalty does not work and can't be made to work, not in spite of our conservative principles, but because of them."

"In light of its track record, we call on our fellow conservatives to reexamine the death penalty and demonstrate the leadership needed to end this failed policy," it states.

At an Oct. 28 press conference announcing the release of the statement, four conservatives explained their reasons for opposing the death penalty, such as being pro-life and in favor of limited government, and why they think states can lead the movement to end the practice in this country.

Niraj Antani, a state representative from Ohio who sponsored a bill to repeal the death penalty in his state five years ago, described himself as "pro-life from conception until natural death." He said that as more Republicans consider their position on the death penalty, they realize its repeal "is the pro-life thing to do."

"Maybe they are only pro-life for innocent life," Antani said. "But even still, we see the number of exonerations of people who have been wrongfully convicted, and even the chance of someone being put to death who could be innocent, I believe, is enough to oppose the death penalty."

Antani also mentioned Republicans' mistrust of government, a point echoed by all the other speakers at the press conference.

Jared Olsen, a state representative in Wyoming, said, "When something so simple as delivering your mail is that ineffective, it blows my mind that any American would want to trust the justice system with matters of life and death."

Olsen added that the Justice Department's resumption of the death penalty places the United States in categories with nations like North Korea, "where we just simply don't stand when it comes to our values."

Darcy Van Orden, an organizer with Conservatives Concerned About the Death Penalty in Utah, noted the arbitrary nature of the death penalty in saying, "you are truly getting the justice you can afford in America."

Van Orden said she was shocked when Utah brought back death by firing squad in 2015. In that type of environment, in 2016, she was involved in advocating for a bill to repeal the death penalty that passed in the state Senate but ultimately failed to pass the House of Representatives. She said that in 2018 it came close to passing in the House and she is feeling good about the bill's growing support and chances of passing in 2020.

Olsen, who is excited about the possibility of repealing the death penalty in his state as well, said, "If the states can lead, hopefully the federal government will follow."

Hannah Cox, who moderated the press conference and is the national manager at Conservatives Concerned About the Death Penalty, called on the federal government to pay attention to what conservatives are doing in states across the country and to follow suit.

"We don't need the death penalty. It's a bad, failed, big-government program, and we hope this list will help make headways on that," she said.