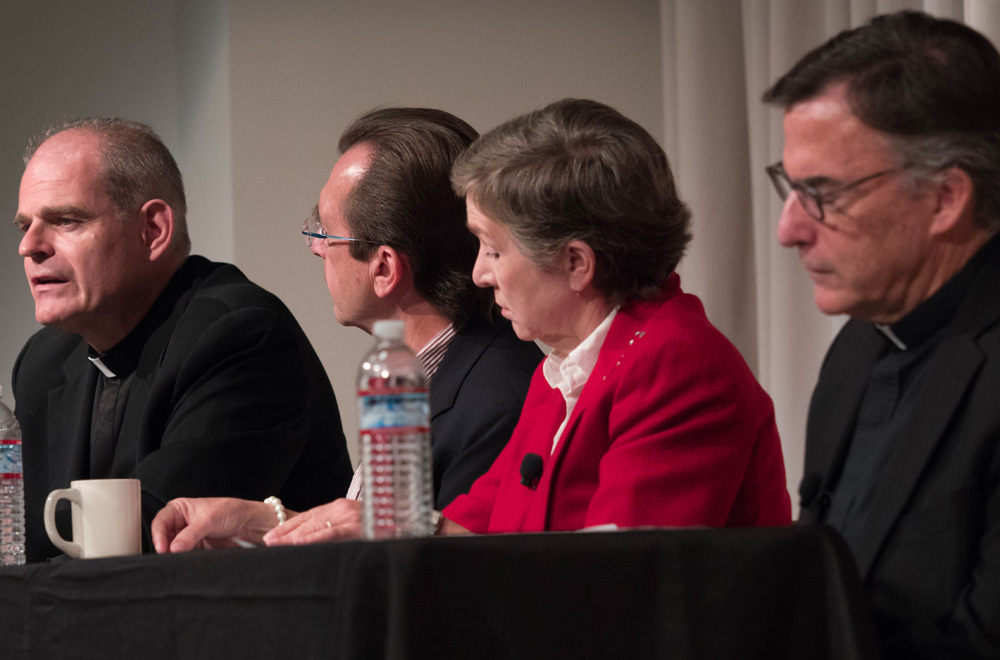 Calls for radical structural reform, a more pastoral understanding of clerical sex abuse, and an informed-rather-than-emotional approach to the church's sex abuse and authority crises were issued by panelists during an Oct. 9 public discussion at Santa Clara University.

Titled "The Catholic Church and the Catastrophe of Clergy Sexual Abuse," the livestreamed event packed the auditorium of the Jesuit university's de Saisset Museum with a cross-section of students and community members and drew significant Bay Area media attention.

Fr. Brendan McGuire, first of the four panelists to present, recounted his own sexual abuse at the age of 18 nearly 35 years ago by a priest he knew well.

McGuire, who is pastor of San Jose's Holy Spirit Parish and the San Jose Diocese's vicar general for special projects, traced how he had been "groomed" by the cleric for nearly four years until he was 18 when the now-deceased abuser forced his "final play" on McGuire, by then legally an adult.

The abuse has left deep psychological and spiritual scars, admitted McGuire, who still wonders if he "should have recognized" what had been in progress.

McGuire had not told anyone, "even my own family," of the abuse until shortly before he revealed it during a homily delivered at five masses Sept. 8-9 at Holy Spirit Parish.

The pain, he said, "had simply been too much."

After preaching on the sex abuse crisis following the August release of the Pennsylvania grand jury report detailing decades of clergy sexual aggression in the state's dioceses, McGuire said he had been approached by many to advocate on behalf of victims and their families.

He found himself "reliving again" the memories and pain of his own abuse, he told the Santa Clara audience. He decided it was time to disclose his own history.

"It became clear to me that if I was to be their voice, I needed to find my own voice first," he had said in his homily.

He wishes he had shared his story long ago, he said, adding that "the truth will set you free."

The pastor said he has developed "a model" for response to abuse victims which he calls by its acronym, LASO — listen, acknowledge, share their pain, and offer prayer and support.

Use "minimal words" when engaging victims, he advised, and listen without interruption.

"Listening to their story is super important," he told NCR. "So many times I've tried to tell the story and get interrupted. … Just listen to their story, number one. And then acknowledge their story … just a deeper listening, so that deeper acknowledgement" by saying something that expresses how you feel about their experience.

For examples of acknowledgment, he offered, " 'I can't believe this happened at this age, I'm so sorry.' You move straight into the sorrow. 'I'm sorry that happened to you … I can't imagine the pain.' "

"You will be surprised at how little will help," McGuire said, "and how much it helps."

"We are not broken goods," he added. "We are not defined by our wounds" even though "the pain really never goes away."

The priest exhorted bishops and other church leaders to decry cover-ups, eschew legal wrangling, and "to listen and to change."

He advocated that bishops consider sustained and clear acts of public penance and humility. For example, he told NCR, a bishop might forego use of his crosier for a year, having the symbolic shepherd's staff "processed in at every single liturgy by a child and put at the front of the altar."

No plans are currently in place to re-broadcast the event, configure video footage for YouTube, or provide audio-video access on the website of the Markkula Center for Applied Ethics, the event's primary sponsor, according to Miriam Schulman, the center's associate director.

"We will eventually do a highlights video, but that may take us some time," Schulman emailed NCR.

Co-sponsors were the Ignatian Center for Jesuit Education and Santa Clara Campus Ministry. 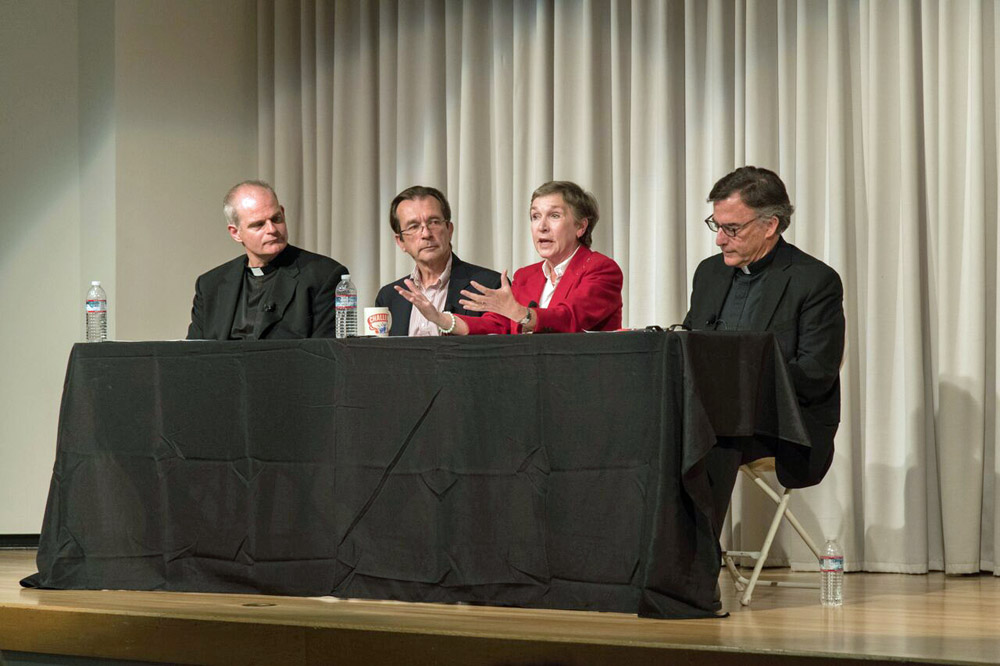 Other panelists were Sally Vance-Trembath, a Santa Clara theologian who has focused on interrelationships of church, university life and culture; psychologist Thomas Plante, a former member of the U.S. bishops' National Review Board (2008-2012) who has worked in the field of clergy sexual misconduct for three decades; and Jesuit Fr. Kevin O'Brien, dean of the Santa Clara-affiliated Jesuit School of Theology.

In remarks peppered with provocative quotes, Vance-Trembath said the sexual abuse challenge is largely "a staffing crisis and Catholic education is part of the problem."

"Return theology to the center of a Catholic university so that it can place the great Catholic intellectual tradition in dialogue with the all the disciplines but especially our professional schools," she emphasized, drawing applause. 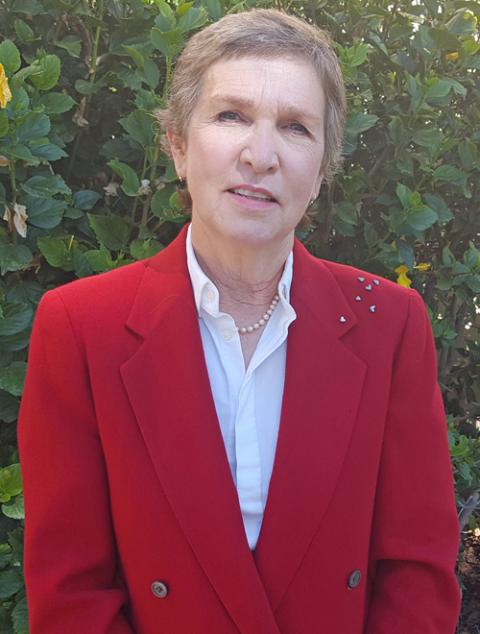 "What used to be the most important discipline in the Catholic university is more often a collection of cultural anthropologists and sociologists of religion," said the former vice president of Voice of the Faithful, a lay organization founded in 2002 in response to the church sexual abuse crisis.

That concept is consistent with viewing parish administration as "a team approach," she said.

"Ordained personnel are not the most important members of parish staff," she stated. "Yes, they are essential. We are a sacramental tradition. Without the sacraments we will die. But the rest of the team is equally essential: professionally trained liturgists, catechists, liturgical musicians, and personnel trained in the social justice tradition, who act as authorities for discerning parish service. All are essential for vibrant parish life."

"Formation of professionals begins in undergraduate school" whose graduates will hopefully become part of "professional teams who are fairly compensated, whose jobs are stable," she said.

Asked by NCR about reports of newly ordained priests running roughshod over established parishes with little or no consultation, Vance-Trembath replied, "I'd say [to them], 'Go back to graduate school and learn the theology of the Second Vatican Council, which was a great reform movement within the church.' And, 'Your theology is bankrupt, you need to go back to school.' "

Parish conflicts as well as the clergy sex abuse "catastrophe," she indicated, are too often "rooted in a notion of priestly power that is theologically untenable."

O'Brien echoed Vance-Trembath in advocating "rethinking how we do [priestly] formation," a re-emphasis on Vatican II teachings, and church structural reform.

O'Brien would like to see all embrace "transparency and accountability" and include how priesthood candidates are screened and "how we name bishops."

It is important "to name things" in the process, he said, explaining the list should include clericalism, privilege, homophobia, scapegoating, self-serving mentality, fear of scandal, infighting, abuse of authority and misogyny.

The church finds itself in "an ugly, bruised, bleeding" situation, O'Brien said, but feels the humiliating reality might present an opportunity "to expose and strip away" the detrimental "so we can get back to the basics."

"That is where the hope is," said O'Brien who recently shared his views in a CNN commentary.

"Perhaps the best thing I can do is to reveal my own struggle" relative to the clergy sex abuse crisis, he told the audience at Santa Clara. 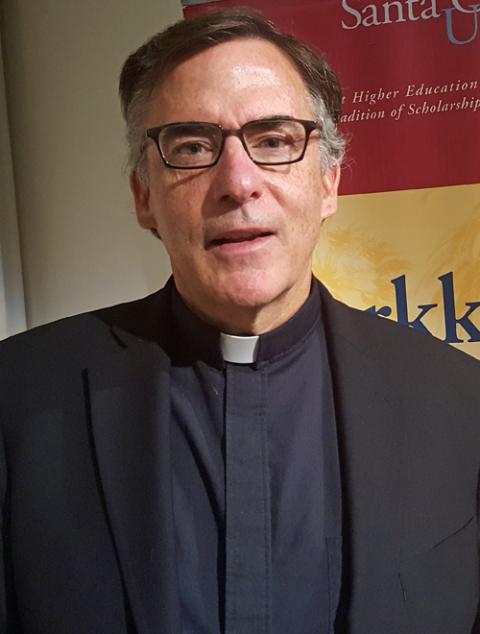 O'Brien was living in the Boston area in the midst of the 2002 Boston Globe exposé of substantial clerical sex abuse and cover-up there, when he was asked to write a letter to Jesuit superiors requesting ordination.

While he felt his call to priesthood was solid, he "had a hard time writing the letter" in light of the roiling scandal. He could not help but ask questions like, "Into what am I being ordained?" "Do I stay, or do I go?"

He encounters many students asking similar questions today, he said. Some have left the church after conscientious discernment and prayer, he noted.

Catholics are called "to accompany people in their discernment," he said.

Praising young adults' "resilience and energy," the educator made a direct appeal to the audience's younger members to share their concerns, ideas and insights with the church.

"We desperately need you," he said.

Plante entreated participants on a different front. When angry, disgusted, frustrated and confused by ongoing revelations of sexual abuse and its cover-up, he advised, "Take a deep breath," and react after taking into account "the best data" available.

"It's my very strong feeling," said the frequent contributor to Psychology Today, that when highly charged emotions come to bear on a situation, "it does not always make for the best decisions."

For example, the Pennsylvania grand jury report has been perceived as a "snapshot" of the current situation in the U.S. church while, in fact, it is a report covering roughly a 70-year period, said Plante, who is Santa Clara's Augustin Cardinal Bea, SJ University Professor.

The vast majority of abuse took place decades ago, he said, with the high watermark being the 1970s.

Since the 1980s the cases of clergy sex abuse "have tanked," he reported, and since 2002 have been barely "a trickle."

What Plante called "a perfect storm" of church scandal stories, one after another, has exacerbated the public's awareness and abhorrence.

In addition to the Pennsylvania grand jury report, there have been stories of abuse by now ex-Cardinal Theodore McCarrick, charges against Pope Francis of McCarrick cover-up, Chilean bishops' resignations, and reports of abuse in Guam, Australia, Germany and other nations.

Plante, who is also director of the Applied Spirituality Institute, gave high marks to the U.S. bishops' Dallas Charter or the Charter for the Protection of Children and Young People, Essential Norms and other policies and procedures put in place since 2002.

While even one case of sexual abuse is too many, Plante said, "There is less child abuse in the Catholic Church today than just about any other comparable organization."

What is needed to make the church's child-protection practices "more airtight," he said, is addressing bishops' accountability and responsibilities.