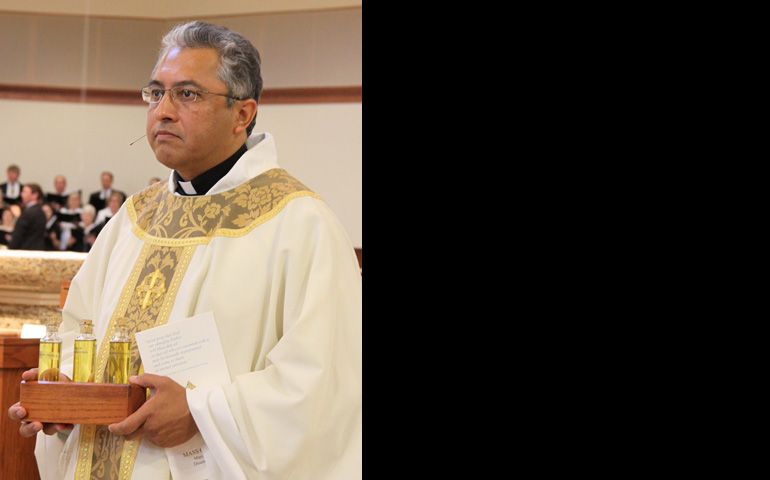 Pope Francis has appointed Fr. Daniel Garcia, the vicar general of the diocese of Austin, Texas, as an auxiliary bishop of the diocese.

Garcia, 54, is an Austin diocesan priest and also is moderator of the curia.

The appointment was announced Wednesday in Washington by Archbishop Carlo Maria Vigano, apostolic nuncio to the United States.

The newly named auxiliary bishop will assist Bishop Joe Vasquez, who has headed the Austin diocese since 2010.

His episcopal ordination is scheduled for March 3.

Vasquez appointed Garcia as vicar general and moderator of the curia in March 2014. Before that, he was founding pastor of St. Vincent de Paul Parish in Austin, and from 1995 until 2014, he led that parish from its inception through multiple building projects.

Over the years, Garcia has served in a variety of roles in the Austin diocese, including as vocation director and master of ceremonies for the bishop.

He has served on various diocesan committees, was a member of the diocesan vocation team, liturgical commission, diaconal advisory committee, priests' council, college of consultors and priests' personnel board. He also has served as chair of the priests' council and as dean of Austin's north deanery.

Born Aug. 30, 1960, he is the eldest of four children of Daniel Castilleja Garcia Jr. and the late Sarah Munoz Garcia. He grew up in Cameron.

Garcia is bilingual in Spanish and English.