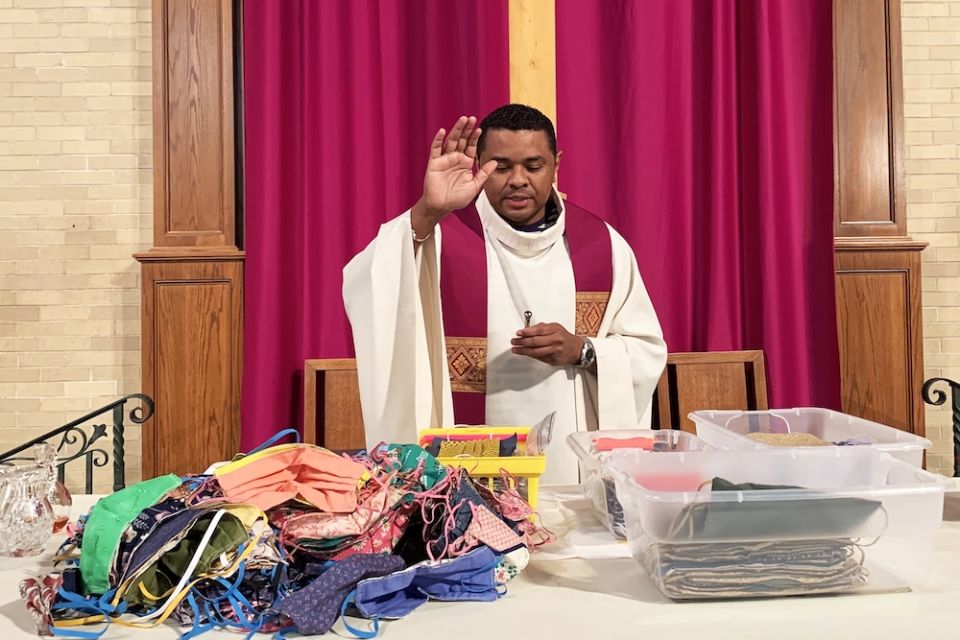 When Atlanta Archbishop Gregory Hartmayer was invited to a 2013 ordination ceremony in Nigeria, the experience was striking — 2,000 people packed into a cathedral with seating for 900, no air conditioning, a five-hour service.

But another thing stood out to him: 17 priests were ordained.

Hartmayer, then bishop of Savannah, Georgia, was struggling to replace priests that retired or died. He proposed a plan at that time to Bishop William Avenya of the Diocese of Gboko, who received so many seminary applications he had to turn away 90%.

Hartmayer would educate three Nigerian seminarians in the U.S. They would be ordained for their home diocese, but serve the Savannah Diocese for at least 10 years, a provision Hartmayer left behind before embarking to his new post in Atlanta.

Avenya agreed. The first three seminarians who came to the U.S. under that specific program were ordained in 2019 and began serving as priests in the Savannah Diocese.*

When past international ministers arrived after years of priesthood in other nations, adaptation could be difficult, Hartmayer told NCR. Some "expected Americans to change because they are priests, and in some countries priests are treated like royalty."

The Nigerian seminarians, and two that arrived from Ghana under a similar arrangement, aren't like that, Hartmayer said. They bond with classmates, they are popular in the parishes where they do summer ministry, and their accents become clearer to American ears. Three of them even learned Spanish.

Because much of their formation happens in the U.S. church, they understand American expectations for priests, including how to work with women in leadership, Hartmayer said.

The Savannah Diocese is one of many that seeks priests outside the borders of the United States. As U.S. vocations decline, the need for international priests grows. But there is an increasing awareness among diocesan administrators and bishops that receiving communities should be more intentional about the ways they incorporate international priests and facilitate their integration. 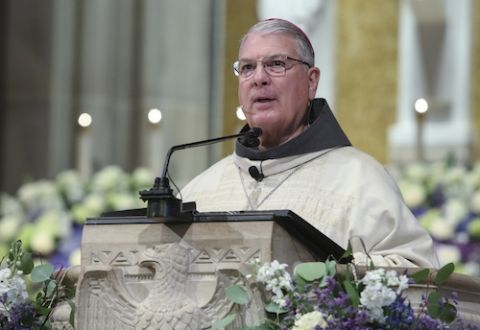 Archbishop Gregory Hartmayer at his installation in Atlanta gives a homily via livestream May 6. (CNS photo/Michael Alexander, Georgia Bulletin)

There is no centralized register of how many international priests are in the United States. Dioceses can also "borrow" priests ordained in foreign dioceses, some of whom return home after a few years. Religious orders also bring in priests from outside the U.S.

A 2014 volume from the Center for Applied Research in the Apostolate (CARA) — titled "Bridging the Gap: The Opportunities and Challenges of International Priests Ministering in the United States" — cited 2012 figures that put the number of foreign-born priests in the U.S. at some 6,600, meaning they represent about 17% of all priests in the U.S.

The U.S. bishops' conference's" Guidelines for Receiving Pastoral Ministers in the United States," which reached its third edition in 2014, is an attempt to provide systematic advice for dioceses welcoming international ministers.

But the "Bridging the Gap" volume said only about half of international priests received a formal orientation, which the U.S. bishops' guidelines call "an indispensable part of any comprehensive reception process."

Fr. Pablo Migone, chancellor and vocations director for the Savannah Diocese, worked with Hartmayer to bring international priests to the diocese. New international priests in Savannah are typically assigned to a larger parish so they don't live or work alone as they adjust to the U.S., said Migone. When ready to be pastors, Spanish-speakers often serve rural areas that need bilingual priests.

"That can become a source of friction," Migone said, because it means priests who don't learn Spanish default to wealthier suburban parishes that some priests consider ideal.

Okure, executive director of Africa Faith & Justice Network and an instructor at Loyola Marymount University's Cultural Orientation Program for International Ministers in Los Angeles, said an example is hospital chaplaincy, which is unpopular because it often requires priests to carry a beeper that awakens them during nighttime emergencies.

International priests may be better suited to this ministry, however, because they are on average younger than American priests and can better handle interrupted sleep, Okure said.

In the Brooklyn, New York, Diocese, Secretary for Clergy Personnel Deacon Julio Barreneche said international priests only work in hospital or prison ministry if they specifically request it, and usually work in a parish first while they complete specialized training. 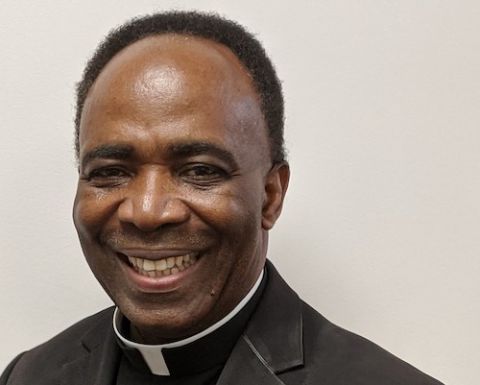 Brooklyn and its neighboring Rockville Centre Diocese, the Diocese of Jefferson City in Missouri, and the Indianapolis Archdiocese are among those that, like Savannah, typically start international parish priests in associate pastor roles.

Vincentian Fr. Patrick Griffin said that because dioceses sometimes seek foreign priests when they have a shortage of their own, they can be tempted to put priests in slots for which they aren't yet sufficiently trained. Griffin directs the Vincentian Center for Church and Society at St. John's University in New York, which runs an Acculturation Seminar for International Priests.

Benedictine Fr. Julian Peters, the director of St. Meinrad Seminary and School of Theology's Institute for Priests and Presbyterates, said one participant in the institute's World Priest program was made administrator of three rural parishes after only a few weeks in the U.S.

"In many cases, the international priest is thrown into the deep end of the pool," Peters said. "Some dioceses, because of their own resources, are better at supporting them than others."

As a newcomer to the U.S., Okure sensed parishioners of St. Ambrose Church in Boston weren't satisfied with his response when they gave him gifts, but he couldn't figure out why. He always accepted the gifts with profuse thanks.

One day, while holding a wrapped gift from a family and "thanking them with all the enthusiasm of a grateful person," he again suspected he was falling short. "What's the matter?" he finally asked.

Nearly in unison, the family chorused, "You're supposed to open it!"

Okure had no idea that he had been violating a social norm. In his native Nigeria, "If I give you an elaborately wrapped gift, the last thing you would do is open it in my presence," he told NCR.

The small cultural clash is one example of the challenges international priests encounter as they navigate often-unspoken norms and expectations.

Okure's welcome at St. Ambrose was great overall, he said. He was treated like "the long-lost brother that the community had been waiting for," and he still considers the parish a home.

But when Okure began conducting acculturation workshops for newly-arrived priests and religious, he heard stories of those who weren't as well supported.

One case that stood out was a new international priest from India who was immediately sent to a parish in Texas. Parishioners greeted him enthusiastically because they had been without a pastor, but neglected to mention that one of the Masses he was meant to celebrate that weekend was in Spanish, a language he did not know.

"When priests come in from another country, they are priests. They are trained in Catholic theology like everyone [priests in the U.S.] but it is a different culture. It is a different ecclesial context," Okure said. 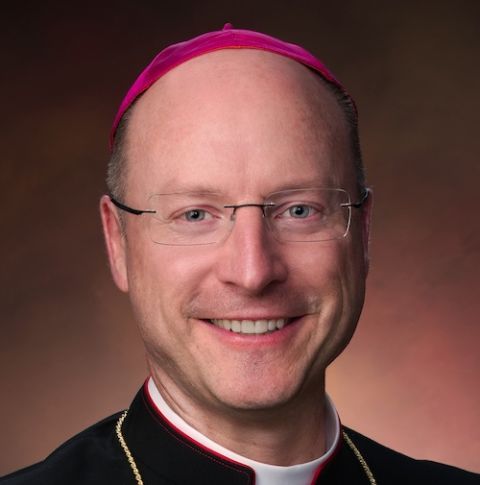 Fr. Louis Cameli, a priest of the Chicago Archdiocese who was general editor of the latest edition of the U.S. bishops' guidelines for foreign-born priests, said he isn't sure how closely dioceses follow the guidelines, parts of which are meant to be flexible as they are used by dioceses with a wide variety of situations and resources.

Griffin said he recommends that dioceses either send international priests to an acculturation program or create one of their own, rather than relying on a local pastor to provide all necessary training. "That places an unreasonable burden upon an already stretched clergy," he said.

A university like St. John's can easily bring together experts in many areas — such as American church history, immigration law, cross-cultural communication, preaching and speech — he said, but every diocese has experienced clergy and laypeople that could help with training.

Msgr. Jonas Achacoso said he took four years to discern whether he should remain in the U.S. or return to his native Philippines. At one time, while serving in New York, he stored a letter requesting to become a priest of the Brooklyn Diocese under a statute of Our Lady of Fatima, unready to send it.

In the Philippines, Catholicism is influential, priests are prestigious, churches are overflowing and new parishes are opening, said Achacoso. Due to the prevalence of priestly vocations, he would have had a lighter workload there, but also a long wait to become a pastor and less opportunity to use his language skills. 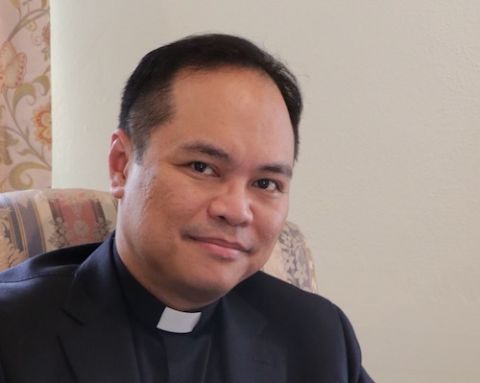 Educated in Spain with a doctorate in canon law, Achacoso works as a tribunal judge in the Brooklyn Diocese, hearing Spanish-language cases. He authored "Due Process in Church Administration," a 2018 volume that won a Vatican award.

Ultimately, Achacoso's decision came down to asking himself if he wanted to be generous and accept a more challenging ministry over the comfort of his homeland.

"It's good to remember that priests coming from other cultures are in a very real way missionaries to the U.S.," Peters said.

Some dioceses have an even higher percentage of foreign priests than the average. There are 57 foreign-born priests in the Savannah Diocese, Migone said, though many belong to the diocese and have been in the U.S. for decades. The diocesan website lists about 120 total priests, including those who have retired.

McKnight said 16 of the 60 active priests in his largely rural diocese are international priests who belong to foreign dioceses. Though Jefferson City receives more missionaries than it sends out, it gives dioceses that send it international priests $2,500 per year for each priest "borrowed" from that diocese. Additionally, it helps fund humanitarian and educational projects for those dioceses (and others it has a relationship with) through a special collection for missions.**

That "exchange of gifts" highlights the global nature of the church and is one part of maintaining healthy relationships with sending dioceses, McKnight said.

But sending dioceses must also trust their priests will be treated well in Jefferson City, McKnight said. "We have to look at ourselves as the receiving community."

"What's our obligation to them? Not just, what's their obligation to us?" he asked. "That we receive them well, appreciate them for who they are, where they come from, and their faith motive for coming. That we help them enter into our culture, not expecting them to become Americans, but to integrate, and to support them while they're here."

*An earlier version of this story stated that these were the first Nigerian priests to serve in the Savannah Diocese.
**This section has been expanded and clarified; funds do not include seminary training support.

[Maria Benevento is a graduate student at the Missouri School of Journalism at the University of Missouri, Columbia. She is a former NCR Bertelsen intern.]

A version of this story appeared in the Sept 18-Oct 1, 2020 print issue under the headline: Welcoming international priests .