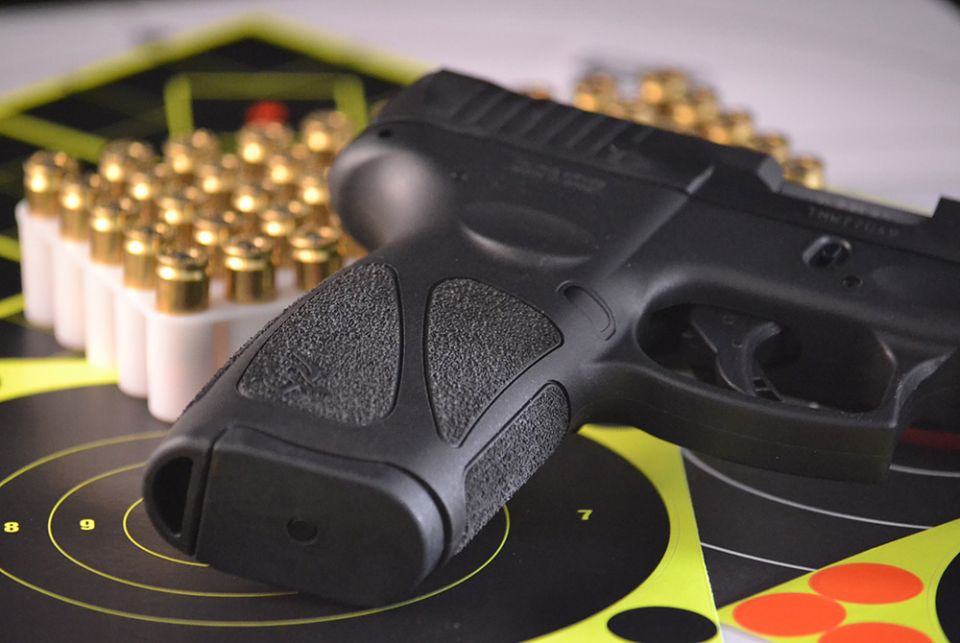 A retired Catholic school teacher is protesting how a small Catholic church in rural Wisconsin has been the site of an annual gun show that includes the sale of assault rifles and handguns.

St. John the Baptist Catholic Church in Muscoda, Wisconsin, is one of four communities that make up the Corpus Christi Parish in the Madison Diocese. An unused school building owned by the church has been the location of the village's annual Muscoda Gun Show.

According to Brent King, director of communications for the Diocese of Madison, the event was started "a number of pastors ago." NCR found online advertisements for the event going back to 2016.

The gun show has angered Paul Wysocki, a local Catholic, who argues it counters church teaching against violence.

Wysocki, a retired Catholic school teacher, learned of the event a few years ago through a bulletin posted in a restaurant. Wysocki told NCR he "couldn't believe it" when he realized church property was being used to sell firearms.

In the years since, Wysocki has sent letters voicing his concern to multiple bishops around the country and the United States Conference of Catholic Bishops.

Given the rural nature of Muscoda, juxtaposed against a city like Madison, with its many more options for hosting events, King said "what might reasonably happen in Muscoda would likely never happen in Madison."

"The parish does not, in any way, sponsor, host, make invitation to, or promote these non-parish events; they simply rent out the space, in accordance with all municipal and state law," King told NCR in an email.

The latest Muscoda Gun Show took place in December 2019. Last year, in his first in the diocese, Madison Bishop Donald Hying learned of the event and allowed it to happen "without conveying any strong opinion either way," King said.

B.J. Keating, event organizer with Gun Buyer Gun Shows, which hosts the event, described the show as a small trade show where multiple dealers and private people trade, buy and sell sporting related firearms. These "could be anything from small crossbows to shotguns and deer rifles," he told NCR in a phone interview.

According to Keating, handguns as well as assault rifles with calibers low enough to be considered "sporting" can also be sold at the event, should venders have them in stock at the time of the show.

Muscoda is a village in rural south-central Wisconsin with a population of about 1,300 people. King described residents in that part of the Madison Diocese as "faithful and hardworking farmers, raised in a hunting culture."

"While people are free to disagree with hunting or another person's lawful possession of a firearm, there is nothing illegal or immoral about it," King said.

[Jesse Remedios is a staff writer with NCR and EarthBeat. His email is jremedios@ncronline.org. Follow him on Twitter @JCRemedios]