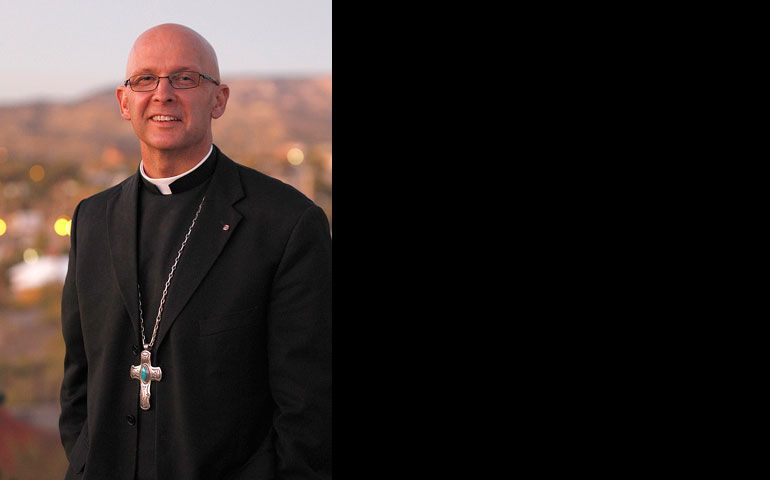 Gallup, N.M. — The Gallup diocese is the ninth Catholic diocese in the country to file for bankruptcy protection since 2004, but Judge David Thuma says he doesn't want to see Gallup follow in the contentious path of number eight, the Milwaukee archdiocese.

Thuma, presiding over Gallup's case in U.S. Bankruptcy Court in the District of New Mexico, recently cautioned attorneys in the case to get "to the end zone" and work toward settlement.

"We need to figure out a way to get the minimum facts before the committee and the debtor that they would need to settle this case, and we need to start thinking about how we get a whole lot closer to the end zone, to use a sports metaphor," Thuma said in a Feb. 14 hearing. "Because I don't want this case to be like the Milwaukee case where the debtor says all the money that could have been paid to creditors has been spent on litigation. I would be pretty unhappy if that happens in this case."

It's been more than six months since Bishop James Wall announced the Gallup diocese would file a Chapter 11 petition. He broke the news by instructing priests across this sprawling rural diocese to read his announcement to parishioners during Labor Day weekend Masses.

At the time, the diocese had been named in 13 clergy sex abuse lawsuits in Arizona. The first was slated to go to trial in February, current and former church officials were being scheduled for depositions, and the diocese was also negotiating an undisclosed number of out-of-court abuse allegations.

The Gallup diocese, which was established in 1939, straddles two states and includes parishes in six counties in western New Mexico, three counties in northern Arizona and seven Native American reservations. Prior to the formation of the Phoenix diocese in December 1969, the Gallup diocese extended west to the California border and south to central Arizona.

Until the Chapter 11 filing, Gallup diocesan officials have steadfastly refused to divulge the number of credible abuse allegations made against its clergy, an accurate list of accused clerics, the whereabouts of accused clergy who are still living, and the financial toll of abuse settlements and related legal fees. The majority of clergy abuse survivors known to the media have come from small communities across northern Arizona. Most have been Hispanic males, targeted for molestation while serving as altar boys.

Within a month of becoming Gallup's fourth bishop in 2009, Wall had issued a news release promising to shed light on the extent of abuse in the diocese. He announced that Fr. James Walker, then vicar general, would conduct a thorough review of priest personnel files that would include a check for credible accounts of abuse of children, youth and vulnerable adults.

Between 2003 and 2005, under the late Bishop Donald Pelotte, the diocese had released the names of 11 former priests who had been credibly accused of child sex abuse. Nine had worked as priests in the Gallup diocese, and two had moved into the diocese for retirement or volunteer work. Since 2005, the diocese has only publicly announced the removal of two more priests from ministry. A list this reporter maintains, collected through police reports, court documents, newspaper accounts of arrests, or the admission of church authorities, counts 23 clergy, who either ministered or lived in the Gallup diocese, who have publicly been accused of the abuse of minors.

However, once diocesan attorneys filed the Chapter 11 petition Nov. 12, some information about diocesan sexual abuse began to emerge. During the first court hearing, attorneys discussed how to manage the case's confidential claimant mailing list that featured the names of alleged abuse survivors. The list included the names of 105 people. Less than two weeks later, Wall submitted a document to the court revising that number up to 121.

A number of familiar church bankruptcy faces and themes have surfaced in the Gallup diocese case. The diocese hired lead bankruptcy attorney Susan Boswell and certified public accountant Christopher Linscott, both of Tucson and both veterans of other church bankruptcy cases. Los Angeles attorney James Stang, also a veteran of numerous church cases, is the legal counsel for the Unsecured Creditors Committee that represents the interests of clergy sex abuse claimants.

One pervasive theme that has permeated the case -- but has not been officially addressed by the court -- concerns the diocese's assertion that its parishes are separate legal entities apart from the diocese. Both sides, however, have been reluctant to formally put the matter before Thuma. Stang has referenced contradictory statements made previously by other diocesan attorneys that Gallup's parishes have no separate legal existence apart from the diocese, a corporation sole. For her part, Boswell has said litigating the issue might cause lengthy delays and drain the diocese's financial resources.

Other financial complications have already delayed the case. After working for the diocese for 14 years, the diocese's chief financial officer, Deacon James Hoy, resigned just two months before Wall announced his decision to file for Chapter 11, and Hoy's position remains vacant. Linscott's accounting firm has had to step into that gap.

Another initial subject of dispute was the market value of real estate property in the diocese. When the diocese filed its first financial documents, it listed all its property as having an "unknown" market value. According to Boswell, the diocese had to seek the assistance of county officials in Arizona and New Mexico to determine what parcels of land it owned, and diocesan officials were looking for brokers that could determine the market value of key pieces of real estate. Phoenix attorney Robert Pastor, who had filed the 13 clergy abuse lawsuits in Arizona, disputed Boswell's claim. Pastor referenced a confidential document, given to him by diocesan attorneys in negotiations with his first Arizona case, that includes an extensive list of real estate properties along with their value. Even Assistant U.S. Trustee Ronald Andazola questioned why an earlier diocesan audit included some property values.

Other financial concerns include:

Despite legal sparring, Boswell stated in a recent motion that she and Stang had been working to identify potential financial sources to fund a plan of reorganization, including a comprehensive list of property, possible recovery of funds, and analysis of insurance coverage. Thuma recently granted the diocese a 180-day extension to its original 120-day exclusivity period to file its plan of reorganization. The new deadline is now Sept. 8.

The next expected major development should be the announcement of a bar date for survivors of clergy sex abuse to file their claims. In early March, Boswell submitted a motion to set a bar date with a 120-day filing period. Under her motion, the bar date would be publicized across Arizona and New Mexico, and a toll-free number for claimants would be established, with Spanish- and Navajo-speaking translators available. Thuma is expected to rule on that in April.

[Elizabeth Hardin-Burrola, a freelance reporter in Gallup, N.M., has been covering the Gallup diocese since 2002.]