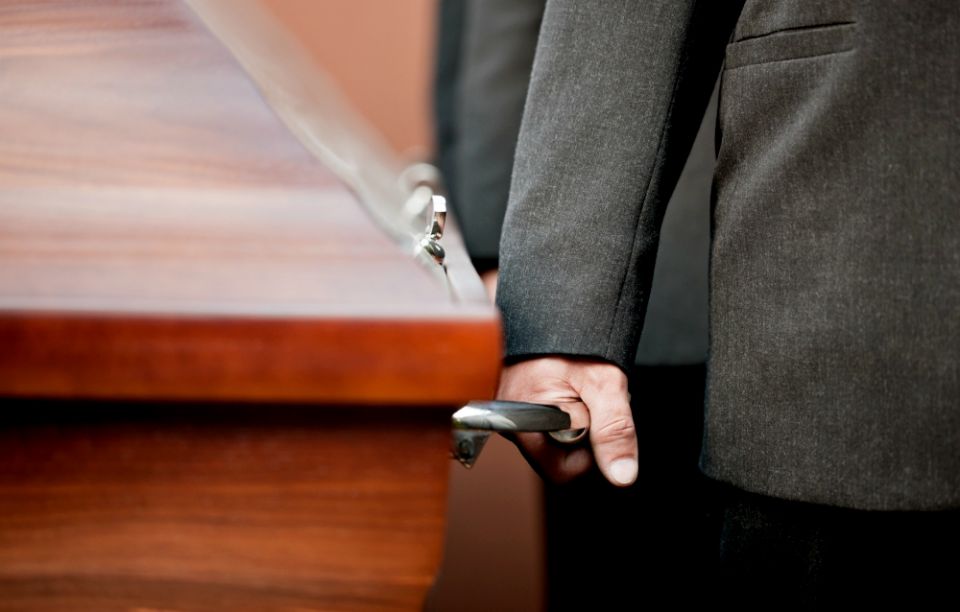 A Catholic funeral may be denied to LGBT people to avoid "public scandal of the faithful," according to new directives in the Diocese of Madison, Wisconsin.

The communication from vicar general Fr. James Bartylla regarding "Consideration of Funeral Rites for a Person in a Homosexual Civil or Notorious Union" was sent to priests of the diocese as part of a weekly email. It was made public by the Pray Tell blog Oct. 22.

Early reporting on the directives attributed the communication to Madison Bishop Robert Morlino. The diocese issued a statement clarifying that "the communication attributed to Bishop Morlino was not an official diocesan policy, though it does conform with the mind of the bishop and meet his approval."

The document encourages pastors to "think through the issue thoroughly and prudently" and to contact the bishop for guidance.

"The main issue centers around scandal and confusion (leading others into the occasion of sin or confusing or weakening people regarding the teachings of the Catholic Church in regards to sacred doctrine and the natural law)," the document said, "and thereby the pastoral task is to minimize the risk of scandal and confusion to others amidst the solicitude for the deceased and family."

Several of the suggestions in the letter concerned the surviving partner, who should "not have any public or prominent role" at a funeral rite or service or be mentioned in any liturgical booklet, prayer card or homily, the document said.

In addition, the name of a celebrating priest or parish should not be listed in any public obituary that also lists the predeceased or surviving partner. "This can't happen for obvious reasons," the document said.

The statement released by Brent King, director of communications for the Madison Diocese, said Bartylla's communication "was a result of pastoral questions asked by the priests themselves, and was to serve as a tool to provide some framework and considerations, in this confidential setting."

"No such policy could adequately cover every case, and it has always been the 'policy' of the Diocese of Madison, on the matter of public funerals in general, that pastors are charged with addressing the particular situations of their people — whom they ideally know well and whom they have accompanied, even until their death," the statement said.

An advocate for lesbian, gay, transgender and bisexual Catholics criticized the directives, calling them "heartless," "cruel" and "unchristian in the extreme."

"This document is the very antithesis of pastoral care," Marianne Duddy-Burke, executive director of DignityUSA, which works for LGBT equality in church and society, said in an Oct. 22 statement.

"It shows that this bishop believes that lesbian and gay people who have lived a deep commitment to a spouse or partner should be demeaned even in death," she said. "Our families could be refused the sacraments of our faith at the moment of their greatest grief."

The directives are similar to those released over the summer by Bishop Thomas Paprocki of Springfield, Illinois, which included restricting funerals and even reception of the Eucharist by LGBT Catholics in same-gender marriages.

Both sets of directives cite Canon 1184 from the Code of Canon Law, which says that "manifest sinners" whose funeral would cause "public scandal of the faithful" should be denied ecclesiastical funerals "unless they gave some signs of repentance before death."

Duddy-Burke said such "unjust and mean-spirited pronouncements" only serve to distance LGBT people, their families and many young people from the church, referencing earlier refusal of Catholic funerals to those who died of HIV/AIDS, which "only served to devastate families in need of comfort."

"Church officials see they have lost in the civic arena, on the issues of marriage equality, military service and adoption, so they are lashing out again," Duddy-Burke said in the statement.

Such a pronouncement "breaks the Body of Christ," she said. "It shows that these bishops are unwilling to do the real work of pastoral leadership, which is to engage their flocks in honest dialogue."

The diocese's statement called "lamentable" those who spread "gossip, rumor and sadly even calumny ... without asking the diocese for any clarification whatsoever."

The diocese also decried those who leaked the communication. "Those who place at risk the ability of the bishop to communicate with his priests confidentially do a grave harm to the Church and perform, indeed, what Sacred Scripture calls 'a work of darkness,' " King said.

Parish | Madison priests get directives on funerals of LGBT people

Church in Poland continues confrontation with the LGBTQ community