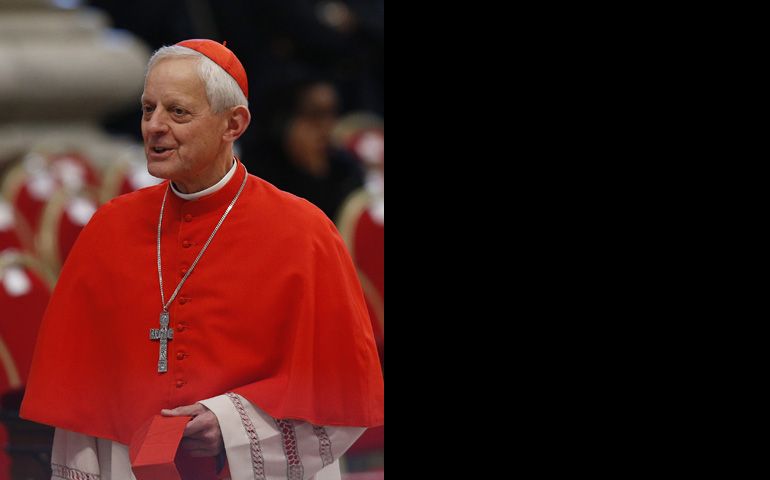 Washington — Washington Cardinal Donald Wuerl has issued a new pastoral letter "about who we are as Catholics."

"We will reflect on our identity as disciples of Jesus -- followers of Christ -- adopted children of God," he notes in the introduction.

A key part of the pastoral looks at "our freedom to be who we are as followers of Christ, and some of the challenges of our age as we try to live and share our faith," he says.

Issued on Pentecost Sunday, May 24, the letter is titled "Being Catholic Today: Catholic Identity in an Age of Challenge."

Chapters in the pastoral deal with the gift of new life through baptism; reflections on what it means to be a member of God's family; the ways by which people can see the presence of the Catholic Church; what the choice to be a follower of Jesus entails; the impact of God's mercy in people's lives and in the world; and the church's contributions to the wider community.

As baptized Catholics, "we are engaged in a new life of the Spirit, so that working in and through us, the Spirit might transform the whole world," the cardinal said.

Catholics "are members of God's family, his church. ... The Catholic Church is the living and saving presence of Jesus Christ in the world," he wrote.

Catholics are called to manifest God's kingdom, not only within the church's walls, "but out in the world, building up the common good," Wuerl said. "And encounter with Jesus, which we experience in God's Word, the sacraments, and our works of charity, can transform our hearts, and inspire us to change our world."

In the pastoral, he said individual Catholics, and Catholic educational, health care and charitable institutions "must reflect a genuine Catholic identity with visible communion with the church, both universal and local, and fidelity to Catholic teaching."

Noting current challenges Catholics face in living their identity, the cardinal pointed out how in many parts of the world, Christians are being murdered because of their faith. Wuerl observed how in the United States, laws, policies and practices are being enacted that infringe on the freedom of individual Catholics to live their faith, and on Catholic ministries to carry out their work while remaining true to church teaching.

"Claims of discrimination should not be allowed to become the new weapon for diminishing religious freedom and outlawing institutional Catholic identity," the cardinal said.

Highlighting the impact of the church's ministries, Wuerl noted how every day in the Washington archdiocese, "lives are changed through our Catholic education, social service and health care programs as we seek to teach, to serve and to heal as Jesus did. All our works reflect Jesus's call to be his disciples by sharing his love and hope with others. We serve others regardless of their religion or circumstances not because they are Catholic, but because we are Catholic."

Catholics and the church's outreach programs, "must remain true to who we are. ... As cultural forces and government actions sometimes make it more difficult for us to carry out our work, we must remain true to our Catholic identity," wrote the cardinal.

The pastoral on Catholic identity is Wuerl's ninth since he was installed as the archbishop of Washington in 2006. His other pastoral letters dealt with topics such as the new evangelization, Catholic education and confession.

[Mark Zimmermann is editor of the Catholic Standard, newspaper of the Washington archdiocese.]

US bishops open assembly by voting to stay the course

The Laetare Award: Dismantling the architecture of the culture warrior church