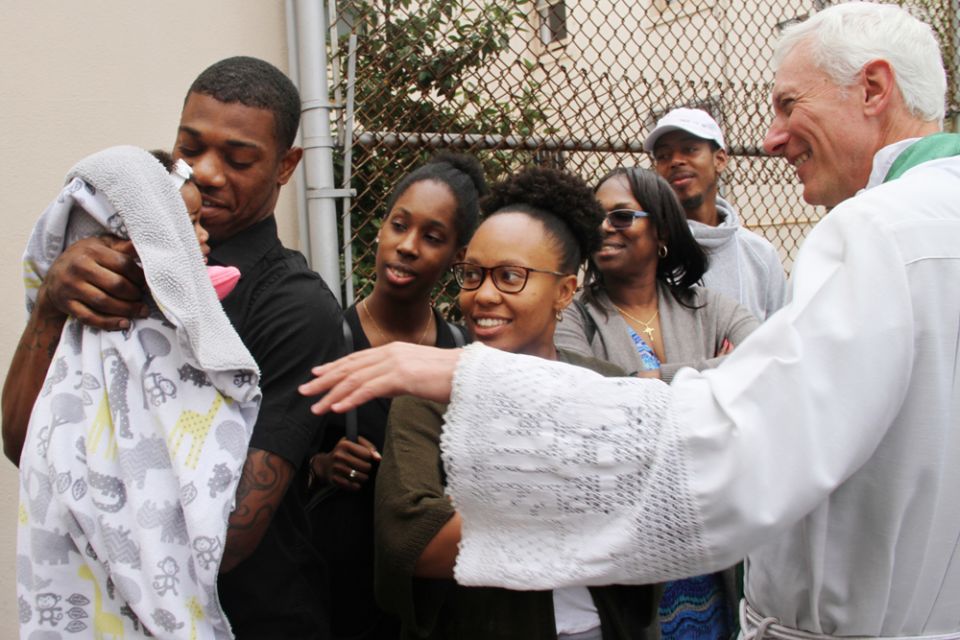 In a rapidly escalating confrontation, parents of at least nine of the remaining 20 seventh-grade students at San Francisco's Star of the Sea School say they will remove their children from the Catholic school this week.

According to informed sources, at least three other seventh-graders were withdrawn earlier this month, others might be leaving before the end of the school year, and still others do not plan to return for 2019-2020 term.

David Gallagher, school principal, told NCR March 27 that Illo would be presented with "various class combinations for the next school year" and that "a decision will be made Monday (April 1) as to whether the school will be open next year and what form it will take."

Gallagher declined comment on the March 7 gathering that apparently led to some of the parents deciding to withdraw their children.

At that meeting raw emotions exploded over the dramatic enrollment drop in recent years at the school.

Four days later, an anonymous "collective group of parents" submitted what they called a "formal complaint" asking for an investigation of Illo's actions during the assembly of an estimated 40 to 60.

The complaint stated it was being submitted by parents who were among those who had "stated in our last survey that we wanted to return to the school" in the fall of 2019.

"We now fear for the safety of our children in the school after Fr. Illo's behavior at the meeting and wish to remain anonymous in submitting this document but will eagerly participate in a widespread investigation," the text concluded.

Mike Brown, archdiocesan communications director, wrote in an email to NCR March 27 that the complaint was referred to the Department of Catholic Schools which "did many phone interviews with attendees at the meeting and has summarized those and sent them to [Jesuit] Fr. [John] Piderit for his consideration." Piderit is the archdiocese's vicar for administration and moderator of the curia.

Brown said Piderit plans a response to the complaint, even though it was anonymous. "Though the communication plan is still in development, there will be a public communication to the school community and beyond after next week, when final heads for the next school year will be counted; though be mindful that marketing of the school will continue going forward."

The written complaint alleges that Illo "attempted to instigate a fight" with a couple during an angry exchange and "sought to publicly humiliate" a mother who had "directed several statements towards" the pastor, accusing him "of being responsible for the decimation of the school."

At one point, the document said, "Fr. Illo got up from his seat and began to walk in the direction" of the woman and her husband "then aggressively stared at him in a manner that can only be described as attempting to challenge the husband to a fight."

"Fr. Illo then sought to publicly humiliate the couple by demanding that the husband order his wife to apologize to him for her previous comments," the complaint continued.

One mother who attended the meeting told NCR, "It did not necessarily look like Fr. Illo was going to throw a punch, but he was certainly confrontational, and it was after that that a number of parents walked out."

The complaint's characterizations of Illo and the March 7 event "are entirely inaccurate," according to school board president and parish council member Marcus Quintanilla. The pastor "was not aggressive toward anyone," he said.

A trial lawyer, Quintanilla said the gathering "was not as well structured as it should have been" and "spiraled a little bit out of control" into "a kind of open mic" format.

While "a rather heated exchange between a couple of different parents" took place, Quintanilla told NCR, "Fr. Illo was pretty passive throughout the whole thing."

Quintanilla said he has "become quite close" to Illo in the three years he has been a parishioner, despite initially being cautioned about the priest by some at the school. His wife, Mariana, told NCR she was hired about a month ago as liaison to help market and incorporate an integrated classical curriculum.

"Fr. Illo is not perfect," he said. "He is sometimes not as cautious as he should be, but the guy loves the community, and he loves the church, and he is deeply a man of prayer."

"The conflict and personal attacks he has taken in connection with the school have been a Calvary for the man … yet he has persevered," Quintanilla said.

"The complaint is accurate, and I support it," said Jim Tolley, parent of a seventh-grader who will not be returning to Star of the Sea next fall, partly as a result of the March 7 meeting.

"Certainly Fr. Illo is within his purview to assert his vision upon the school, but this is no longer the school to which we sent our children. We stuck with it, and we believed in the community and loved the kids and the families, but the school has been hollowed out in terms of families and now in terms of faculty," Tolley emailed NCR. "It is sad to leave something that has been such a part of our lives and our children's lives."

The "shared values" of the school community "changed from underneath us," Tolley wrote, "and so we are now looking to other communities and a school that does not look at us with contempt." 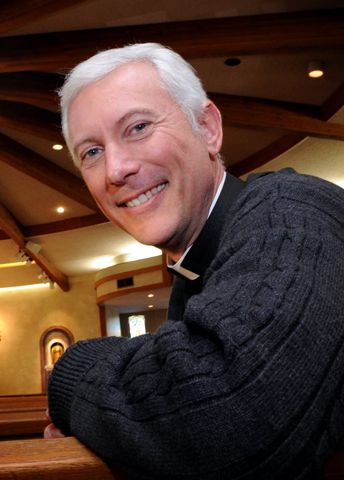 In a note to school parents written the day after the March 7 meeting, Illo did not mention its contentiousness, but wrote: "I regret that some parents are implacably opposed to the new direction our school is taking, but I was encouraged to hear from many parents last night that want to move forward. I respectfully ask that those who do not want to move forward to allow the rest of us to do so unhindered."

Based on a returning student body of 60, the message went on to outline class consolidations, curriculum objectives, and financial issues, including mention that the parish would "put in $250,000 in subsidy and use existing scholarship funds to balance the budget."

"Enrollment will increase over the next three years to reach a balanced budget by 2022," the pastor projected.

The "new direction" in Illo's March 8 message is adoption of an integrated classical program which, he has written, "will enrich our academic program with critical thinking skills leading to a sense of wonder, based on the Great Books of Western civilization."

Persons close to the situation told NCR that it is questionable if there are 30 or more students firmly committed to return for 2019-2020.

New school parent Doug Atkinson was drawn to Star of the Sea, he said, because of the new "classical approach" which had a significant impact on his own education.

"At this moment, Star of the Sea School is clinging to life. There have been so many complaints as to Fr. Illo, valid or not, I cannot see how the school will survive if he remains at its head," said Atkinson, who is not Catholic.

"We plan to re-enroll," said the father of a first-grader, "but it's unclear if the school will even exist."

He declined comment on the March 7 meeting. "There have been a number of meetings with distressed parents and, let's say, words have not been minced. Things have been a struggle."

Illo and supporters view the remaining students as "essentially a new school," seeds of a re-focused campus "committed to growing our school as a pioneer in Integrated Classical Catholic education," in his words.

To advance that agenda, Mariana Quintanilla's role includes assisting the principal with such tasks as "communicating with stakeholders, developing a marketing and business [plan] with the parish staff and parent volunteers" and "finalizing schedules and curriculum for the classical integrated program."

"My general observation is that the school has been through a change in leadership and the parents want to keep the status quo. Many of the parents are not Catholic, about 50 percent, and Fr. Illo is a traditional priest that is very serious about the Catholic Church teaching. He welcomes everybody but also expects his faith to be respected," she said.

"The school is a ministry of the parish," she added, "and it is moving in that direction. Changes create resistance, and a new school culture is developing under new leadership. The … parents are used to running the school, so having structural organization and a faithful Catholic school community is not appealing to them."

She said her "recollection of the [March 7] meeting is a bit fragmentary," but "emotions ran high and things got very tense."

"My perspective is that everyone except for three to five parents were quite calm and reserved throughout. The notion that the priest was abusive … or aggressive is simply not true," she said.

Illo, a priest of the Stockton Diocese, was named administrator of Star of the Sea in August 2014, a month before its school would open the academic year with more than 240 students.

Many protest that the roughly 200 students and their families who have left have been treated as acceptable collateral damage in an effort by Archbishop Salvatore Cordileone to remake Star of the Sea under Illo's direction into a destination parish for Catholics who embrace a pre-conciliar model of Catholicism.

Many current and former school families lay blame for the enrollment demise squarely on Illo, now pastor, charging he has doggedly sought to purge the school of those who do not align with his strong traditionalist bent.