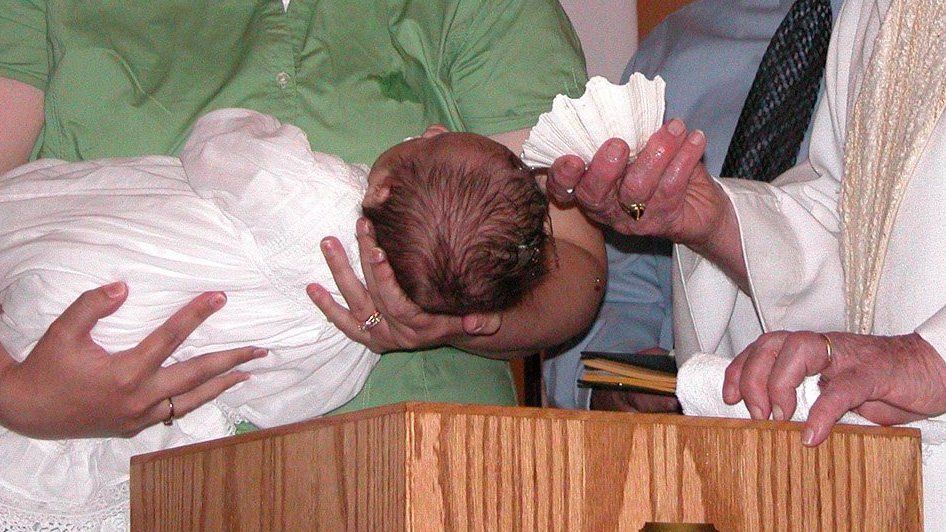 Bishop Thomas J. Olmsted of Phoenix said baptisms performed by a priest during years of ministry in the diocese are invalid, leading to the resignation of the clergyman Feb. 1.

PHOENIX — Bishop Thomas J. Olmsted of Phoenix said baptisms performed by a priest during years of ministry in the diocese are invalid, leading to the resignation of the clergyman Feb. 1.

In a Jan. 14 letter to the diocese, Bishop Olmsted said diocesan officials learned from the Vatican Congregation for the Doctrine of the Faith that the baptisms were invalid because of the form used during the ritual by Father Andres Arango.

"Specifically, it was reported to me that Father Andres used the formula 'We baptize you in the name of the Father, and of the Son, and of the Holy Spirit.' The key phrase in question is the use of 'We baptize' in place of 'I baptize,'" Bishop Olmsted wrote.

"The issue with using 'We' is that it is not the community that baptizes a person, rather, it is Christ, and him alone, who presides at all of the sacrament, and so it is Christ Jesus who baptizes," the bishop's letter said.

The use of the improper form led Father Arango to resign as pastor of St. Gregory Parish in Phoenix. Bishop Olmsted said Father Arango remains a priest in good standing in the diocese and that he would be helping the diocese identify and contact people whose baptisms are invalid.

Father Arango became pastor of St. Gregory Church in April 2017 after leaving the Congregation of Jesus and Mary, commonly referred to as the Eudists. Prior to his appointment as pastor, he was parish administrator at the church beginning in July 2015.

Diocesan officials did not disclose how many people are affected by the discovery.

Bishop Olmsted wrote that church officials are working to identify as many as people as possible to inform them how to receive a valid baptism.

Father Arango has served in the Phoenix Diocese since September 2005. As a Eudist priest, he was pastor of St. Jerome Parish in Phoenix from September 2005 to February 2013, and parochial vicar at St. Anne Parish in Gilbert, Arizona, from March 2013 to June 2015 before being assigned to St. Gregory Parish.

An a Eudist priest, Father Arango also was director of the Newman Center at San Diego State University from 2001 to 2005. Earlier he was pastor of a parish (1998-2000), taught at a university (1995-2000) and served as seminary director (unknown years) in the Diocese of São Salvador da Bahia, Brazil.

The Phoenix Diocese established a page on its website, www.dphx.org/valid-baptism, that explains church teaching on baptism. It includes a long list of questions covering the importance of baptism, obtaining baptismal records from a parish, why the form used in baptism matters, whether the church is being legalistic about the situation, and the reception of holy Communion.

However, the diocese advised people whose baptism is invalid to not receive Communion until they can arrange for a valid baptism.

Father Arango, in announcing that he was resigning in a letter posted on the diocesan website, expressed that "I deeply regret my error and how this has affected numerous people" where he has served.

"With the help of the Holy Spirit and in communion with the Diocese of Phoenix I will dedicate my energy and full-time ministry to help remedy this and health those affected," Father Arango wrote.

In June 2020, the Congregation for the Doctrine of the Faith released a doctrinal note discussing the valid reception of baptism. It said that substituting "We" for "I" in the sacramental formula invalidates the sacrament.