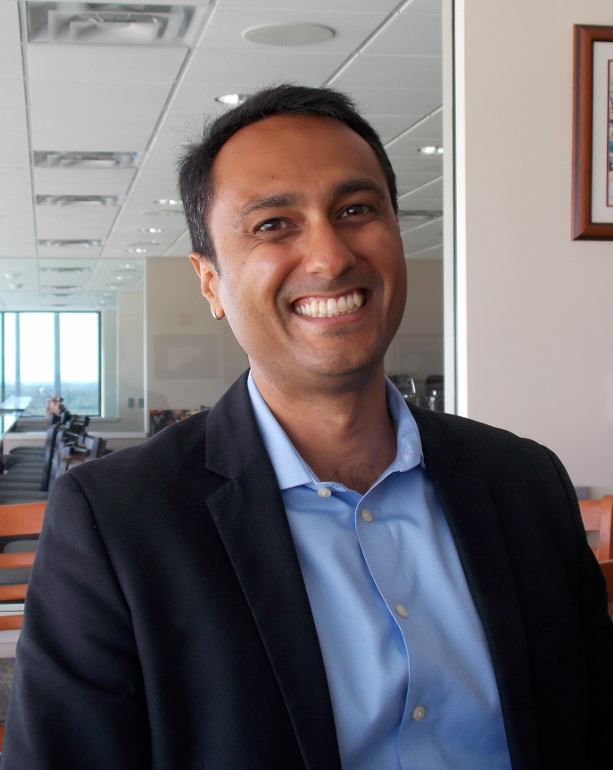 Though the students were not even born when Nostra Aetate, the Vatican Council statement on interreligious relations, was promulgated 50 years ago, they are affected by its contents. Students, faculty and staff from six Catholic colleges gathered Sept. 3 to learn how to incorporate interfaith cooperation on their college campuses.

“I’m going to take back [to campus] the notion that we all need to accept the differences and the importance of bridge building rather than trying to force our ideas on one another,” said Leena Nabulsi, a Muslim and sophomore at Rockhurst University, a Jesuit-run university in Kansas City, Mo.

To prepare for the event, Rockhurst senior Rachel Franklin looked at the history of Nostra Aetate. “The Declaration on the Relation of the Church with Non-Christian Religions” was among the last documents released during the Second Vatican Council, 1962-1965. Because she is Jewish, Franklin said she was specifically interested in learning about the relationship between Catholicism and Judaism.

“The relationship evolved into the way it approaches all religions, especially the way it approaches Judaism,” she said. “I really liked seeing the contrast between the original document and then seeing how it turned out with that message of acceptance and going against what had been taught in theology.”

Eboo Patel, founder and president of Interfaith Youth Core (IFYC), was the keynote speaker for the daylong event sponsored by Rockhurst and held at the Kansas Speedway. Schools in attendance were Avila University, Benedictine College, Conception Seminary College, Donnelly College, Rockhurst University and the University of St. Mary. Approximately 40 students and 40 faculty attended the event.

The venue for the Nostra Aetate meeting might have seemed unusual; it was held on the grounds of the Kansas Speedway, a NASCAR track in Kansas City, Kan., but Rockhurst president Jesuit Fr. Thomas Curran said it was chosen because of its central location and it was “a neat place to be and would be attractive to students.”

Patel’s keynote address tied in various aspects of Nostra Aetate. He said the most important mentor in his interfaith career was Br. Wayne Teasdale, a professor at Chicago’s DePaul University in the 1990s. Teasdale, a student of Fr. Thomas Keating, used walking meditation as part of his centering prayer. Patel joined Teasdale for walks around Hyde Park in Chicago.

He told the students they need to know their own story first to demonstrate interfaith leadership.

“Br. Wayne was never afraid to tell me he saw the fullness of truth in the Catholic church,” said Patel. “This allowed me to say I see the fullness in the Muslim tradition. You must see the beauty, dignity and truth in your own tradition, as well.”

Patel also challenged the students to ask “what it means to be an interfaith leader and a walking embodiment of Nostra Aetate.” He added that he believes Pope Francis embodies this.

Following the keynote, students were divided into two groups for a breakout session led by leaders of the IFYC. Faculty and staff went to a separate session.

Curran said the idea for the conference came through a meeting of the six presidents as they decided to commemorate the commencement of the Second Vatican Council. The presidents decided to mark the 50th anniversary of the release of Nostra Aetate and the closing event for the Vatican II commemorations with this conference.

Curran said the students are looking forward to continuing the work of the document at their schools. Instead of it being a top-down approach, he emphasized student leadership.

“We’re looking at [the students] to be the multipliers,” he said. “We want this to be driven by the students, their needs and experiences, and genuine interest. … The religious atmosphere must be one of invitation rather than expectation.”

Patel said IFYC grew from an idea fostered by Teasdale, to a company that has 40 staff members.

Patel said interfaith work at these schools is living out the Catholic identity.

“Because it is an expression of the Catholic tradition, because Nostra Aetate specifically calls for fellowship, cooperation, relationship and dialogue between people from different religions, as a deeply Catholic thing to do,” he said.

“The ability to deal effectively with religious diversity is both an important part of the definition of being an educated person and an important professional skill,” he added.

“All of these campuses, with the exception of the seminary, have a religiously diverse student body which is to say they have kids on the campus who are Protestants, Hindus, Sikhs,” he said. “A Catholic campus that has proactive interfaith programs is a more welcoming space for those students.”

[Elizabeth Elliott is a NCR Bertelsen intern. Her email address is eelliott@ncronline.org.]