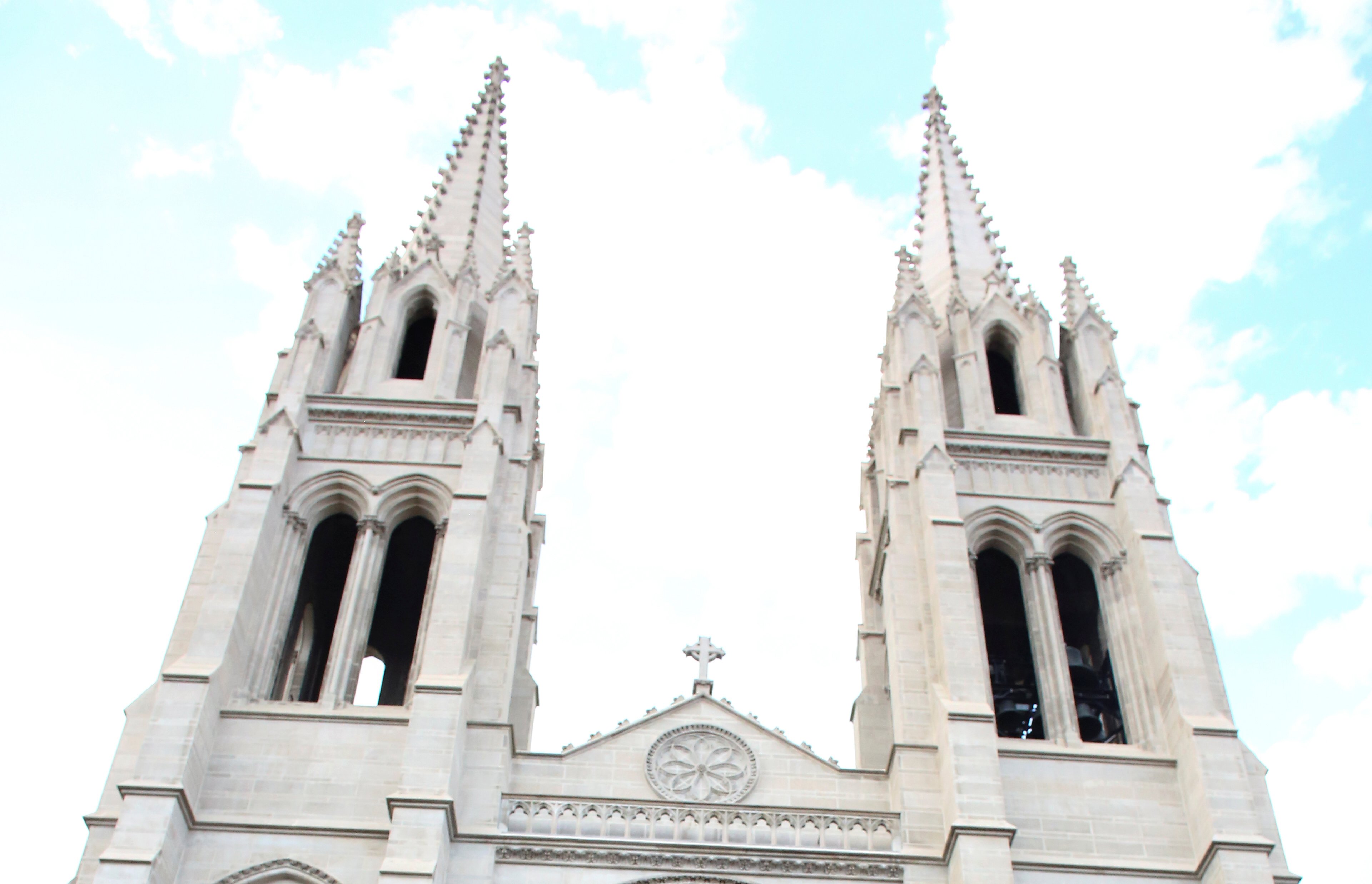 The Cathedral Basilica of the Immaculate Conception is seen in Denver June 14, 2020. (CNS photo/Kevin Mohatt, Reuters)

The Archdiocese of Denver said Oct. 10 that Catholics "continue to pray for the conversion of those who carry out acts of desecration against our churches, statues and religious symbols."

The statement was released to the news media after the Cathedral Basilica of the Immaculate Conception in downtown Denver was vandalized with messages and symbols of hate written in red paint on the cathedral.

Parish officials estimated the vandalism took place between 7:30 a.m. and 8:30 a.m. Oct. 10. Graffitied messages such as "Satan Lives Here" and "Illuminati" and swastikas were splashed on doors, including the main entrance doors, and on at least one statue. There also were references to "child rapists."

The building was cleaned with the help of volunteers.

KDVR-TV reported the incident was being investigated as a possible bias-motivated crime. Denver police confirmed to the news outlet that they interviewed a witness to the incident but did not release any information on a possible suspect.

"It continues to be troubling to see the increased reports of vandalism at Catholic churches, both across the county and in our archdiocese, and it is certainly unfortunate when our parishes are targeted simply because of our beliefs," the archdiocesan statement said.

Since February 2020, the Archdiocese of Denver is aware of at least 25 parishes or ministry locations that have been the target of vandalism, property destruction or theft.

"This has included broken windows, damaged and defaced statues, graffiti, attempted arson, vehicle damage, stolen religious items, and other break-ins and thefts," it said. "More than 10 incidents have occurred in the last six months."

One of those incidents took place the early morning hours of Sept. 29 at Sacred Heart of Mary Catholic Church in Boulder County, north of Denver, when graffiti was splashed on the church walls, the doors and nearby signs. One message said, "Jesus Loves Abortion."

"Some of the incidents have been clearly targeted at the Catholic Church, but not all of them," the archdiocesan statement said. "The number could be higher because some minor incidents are not always reported."

Father Samuel Morehead, pastor and rector at the cathedral basilica, told 4CBS Denver attack on the archdiocese's mother church "was offensive" and that he thought it was "either an act by somebody who is mentally unstable, or a true act of hate against Catholics."