The voices of God in Ferguson 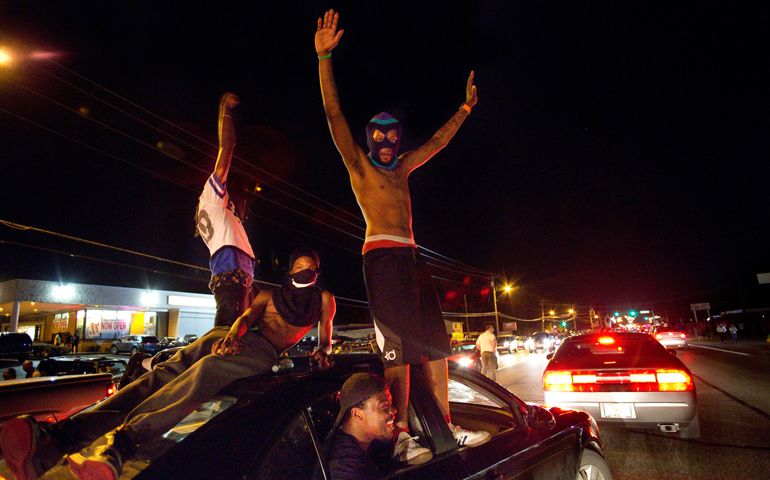 Even though I've never lived in the city of Ferguson, Mo., I've been connected to it for a long time. For 11 years, I worked for the city -- I was in charge of its housing corporation, whose primary mission is to help low-income homeowners improve the value of their property. I also helped coordinate a citywide network of neighborhood organizations to build cohesiveness among all the residents and to make the city more responsive to their needs. In 1994, I served on the steering committee for a national conference hosted by Ferguson that discussed strategies to promote racial harmony within the community. And I have an even more personal connection -- my youngest son, his wife and their two (soon to be three) kids live in Ferguson.

Because of my connections to Ferguson, I care very deeply about what's gone on there since Aug. 9, the day Michael Brown, 18, was shot and killed by Darren Wilson, a Ferguson police officer. Since the shooting, the city has erupted with protests, looting and violence. Missouri Gov. Jay Nixon enlisted the help of the National Guard Aug. 18, after protesters, on the night of Aug. 17, fired shots and threw Molotov cocktails at police officers. I've tried to channel my feelings of sadness, frustration and anger in ways that will help rather than hurt the situation.

What I've tried to do most of all is pay attention to the words and actions of everyone involved. Sometimes they are constructive, at other times defensive. At times, they are conciliatory; at other times, accusatory. Often they're conflicting, even contradictory.

I've paid close attention to the people in Ferguson, because my faith tells me God is speaking to us in different ways through all of them.

I've watched and listened to the family of Michael Brown. I've heard their pain, anguish, anger and frustration, and I believe God is grieving with them.

I hear the cries for justice, for revenge and for truth from the demonstrators in the streets. I hope and pray God's justice and truth will prevail over the impulse for vengeance.

I've heard the police ask the crowds that have gathered to be civil and respectful, even though they themselves haven't always practiced civility. Their mission is difficult, perhaps impossible -- to maintain order in the aftermath of a violent act committed by one of their own.

City and county officials are working hard to restore calm. Someday soon, Ferguson will be calm again -- but calm alone won't bring peace. The God who loves us wants more than calm -- God wants justice and equality, the only foundation upon which true peace can be built.

I've watched looters damage business establishments and help themselves to the property inside. Their acts of vandalism are wrong. But the feelings of those doing the looting -- of being excluded from society's mainstream, of having nothing to lose because they feel they have nothing to gain -- should give us all pause. Poor people in this country are not just left out of the American mainstream -- they're often portrayed as our enemy.

I've seen and heard fear in the faces and voices of Ferguson residents, black and white, who don't want their city to explode. They want to feel safe. But they want more. They want all the people of Ferguson to embrace their community with all its diversity. They are ekklesia, the people of God in Ferguson, Mo.

I've watched the leaders of the faith community in Ferguson as they work hard to bind up the wounds of mistrust that have been inflicted on their people. I'm inspired by their hope that Ferguson can be a community united by trust in God, and trust in one another.

And I've tried to hear the voice of Michael Brown as he speaks to us from beyond the grave. He wants us to know that people like him -- flawed, struggling, at times failing -- are to be valued, nurtured, given the opportunity to become the persons God made them to be.

[Mark G. Etling works for the fundraising organization of the Missionary Oblates of Mary Immaculate in Belleville, Ill. He also teaches theology at St. Louis University's School for Professional Studies, and gives presentations on Scripture and church history at the National Shrine of Our Lady of the Snows.]

Perspective | The voices of God in Ferguson