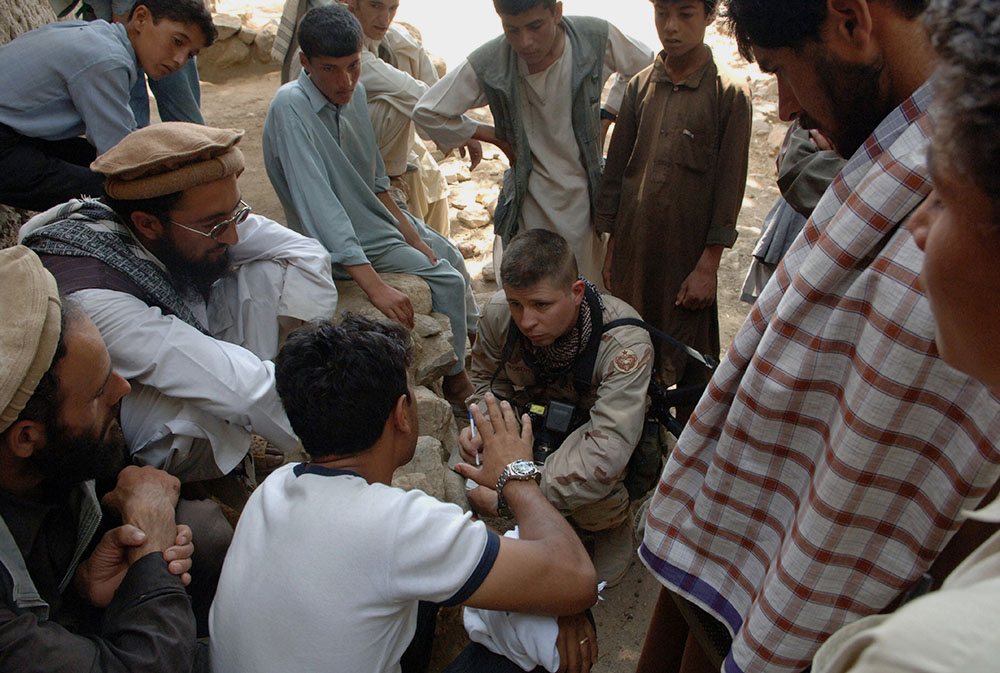 Before he was a Catholic deacon, Joshua Klickman was a U.S. Army Special Forces heavy weapons sergeant who accompanied Afghan National Army commandos on combat missions throughout the country.

Now retired from the military and settled into civilian life as a permanent deacon for the Diocese of Raleigh, North Carolina, Klickman has watched recent news reports of the Taliban taking back control of Afghanistan with sadness and resignation.

"It's definitely a feeling of depression. I mean, it's sad that it has to turn out this way, but at the same time, I'm not at all shocked. I would have said many years ago that this was sort of an inevitable outcome," Klickman told NCR.

"A lot of Afghanis did not want us to be there, so to them any major troop presence felt like an occupation," said Klickman, who served one combat tour in Afghanistan from 2011 to 2012. Klickman said the United States' military presence in that country had the feel of an occupation, which didn't help win hearts and minds.

"But at the same time, it's such a complex operation, I don't think anybody could have done it well," he said. "There are tribes and factions all over the country. For somebody halfway around the world to think they can come in and unify that and provide a peaceful democracy is just kind of silly, especially by sending in thousands and thousands of troops, because then you just become an occupying force."

"The people in Afghanistan want to be agents of their own destiny, and that is hard to achieve when there is still a large presence of foreign troops."

Combat veterans, including chaplains, who served in Afghanistan and spoke last week with NCR described having similar thoughts and emotions as Kabul fell and the Afghan national government and security forces that the American military spent 20 years equipping and training collapsed in less than two weeks.

"There are no easy answers in Afghanistan. It's always been complex," said Fr .William Kneemiller, a priest of the Diocese of Davenport, Iowa, who deployed to Afghanistan in 2010 as a U.S. Army Reserves chaplain. He was one of a few Catholic priests who were also military chaplains in the country.

Given the challenges of traveling to the various combat posts, Kneemiller told NCR, it wasn't unusual for him to celebrate Sunday Mass for a particular outpost on a Tuesday morning. 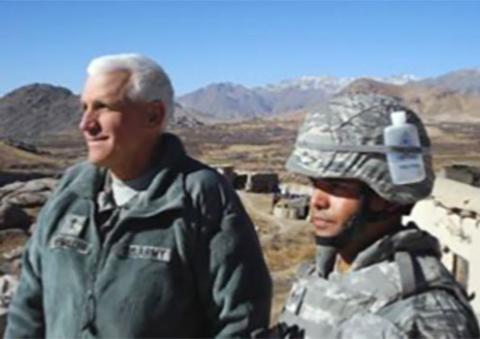 Fr. William Kneemiller, left, says this is his favorite photo from his time as a chaplain in Afghanistan. "I met a soldier who carried holy water attached to his helmet," he recalled. (Courtesy of William Kneemiller)

"That's the best we could do," said Kneemiller, who also saw seeking out troops who weren't "typical churchgoers" as an important part of his duties. He would spend a few minutes with Marines and soldiers who smoked cigarettes outside, just talking to them.

"Trying to bring them a little bit of encouragement from home, give them a little sense of normal life," said Kneemiller, 71, who today is a chaplain for a retirement home in Davenport run by the Carmelite Sisters for the Aged and Infirm.

He told NCR that he feels for the long-suffering Afghan people.

"I wonder if the average Afghanistan person wants to be under Taliban rule, especially women and those who are trying to have any kind of normal life," he said.

Seeing the Taliban regain power is "devastating," said Fr. Christopher Butera, a priest of the Diocese of Allentown, Pennsylvania, who deployed to Afghanistan in 2013 as an active duty U.S. Army chaplain with the 2nd Cavalry Regiment.

As one of the few Catholic priest-chaplains in the country, Butera often drove in convoys and flew in helicopters, traveling to isolated forward operating bases and dangerous combat outposts to hear confessions, celebrate Masses and provide the sacraments.

"It meant a lot for the soldiers to have the chaplain there with them, praying for them, providing a sense of the nearness, blessing and protection of God," he said. "And it meant so much to the [troops'] families to know that a priest had given their loved ones the last rites or had anointed the body." 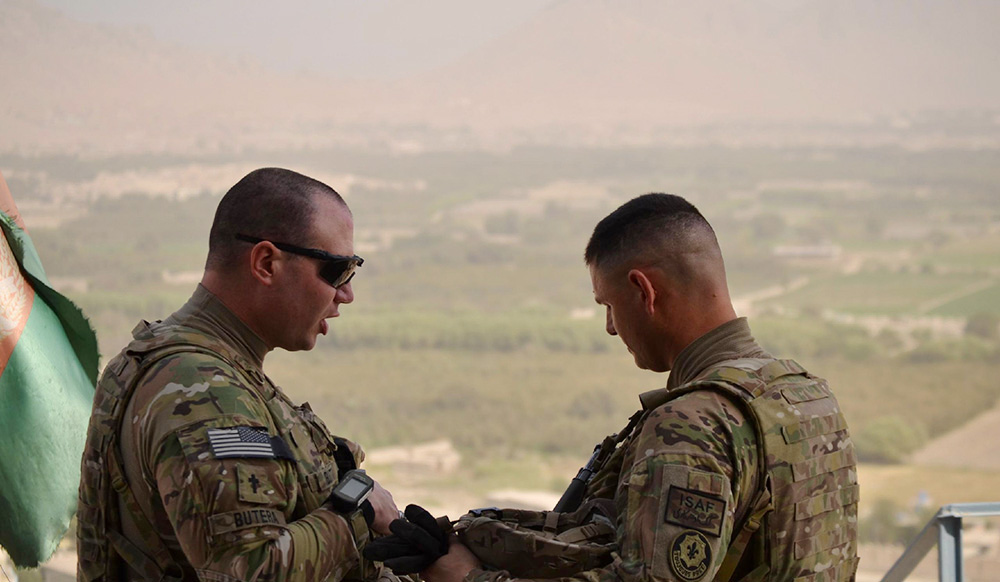 Butera also recalled playing soccer with Afghan children and meeting with local cultural leaders, activities he described as interwoven with the United States military's efforts to build infrastructure and relationships to empower Afghans.

"To think we could just withdraw and forces that are still at odds with each other wouldn't move in is naive in a way," Butera told NCR. "It's very sad to see the people who still long for freedom and for democracy being overtaken like this."

However, Afghanistan war veterans were not surprised that the country fell; most of them said that outcome was inevitable despite the billions of dollars spent and the thousands of lives lost over the last two decades trying to prop up the post-Taliban regime. 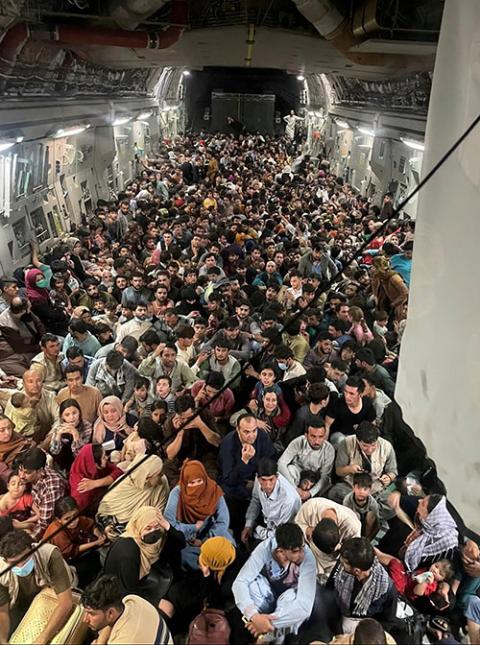 "It was bound to happen. We knew this day was going to come," said Regina Tetreault, a former U.S. Army motor transport operator who served two combat tours in Afghanistan with the 101st Airborne Division.

Tetreault, who served 15 years of active duty before leaving the military earlier this year with a medical retirement due to post-traumatic stress disorder and combat injuries she suffered on the battlefield, told NCR that seeing what is now happening in Afghanistan has her working through many emotions, especially anger.

"But it's like, really, what is anger going to do?" said Tetreault, a Catholic who described often speaking with a chaplain in Afghanistan who was a Catholic priest. While describing herself as "not a perfect Catholic," Tetreault credited that chaplain with helping her on deployment and keeping her relationship with Jesus alive.

Tetreault, who was nearly killed in combat when a rocket-propelled grenade struck her convoy on one mission, said she doesn't regret having enlisted in the Army, but she described feeling bitter seeing the chaos engulfing Afghanistan, given the sacrifices that she and her fellow soldiers made.

"It was very wasteful. The lives, the resources, all the many different things that were wasted on this, and it's not OK. It's frustrating," said Tetreault, who lives in St. Robert, Missouri, and co-owns a tree, lawn and landscape company.

Chris Pereira, an Air National Guard tech sergeant who deployed to Afghanistan in 2017, sees the war's ignominious end as an indictment of the United States' political leadership.

"Does all this make the sacrifices in vain? No, we won that war. We destroyed the Taliban. We killed [Osama] bin Laden. We gave the Afghan people a chance at freedom and a chance to defend their own country," said Pereira, a former grand knight of his parish Knights of Columbus council in Dartmouth, Massachusetts. 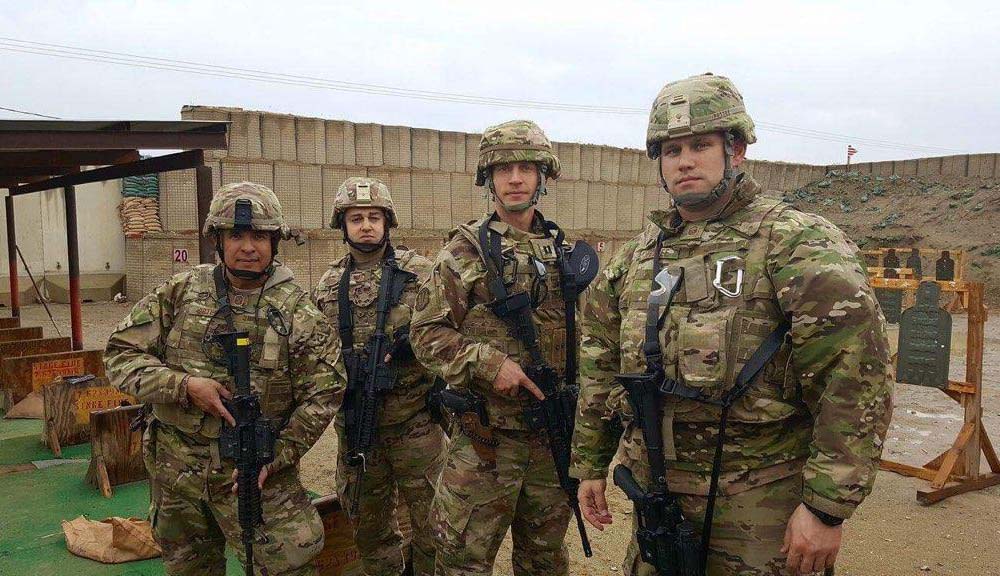 "The manner and timing that we left is just inexcusable, especially with the poor planning," said Pereira, who as a logistics planner at Bagram Air Base was responsible for helping to move military personnel in and out of the country.

"The military was successful; the diplomacy failed," said MacRoberts, who deployed to Afghanistan in 2005 and was assigned to a public affairs unit that published a color magazine, The Freedom Force, for U.S. and coalition forces. 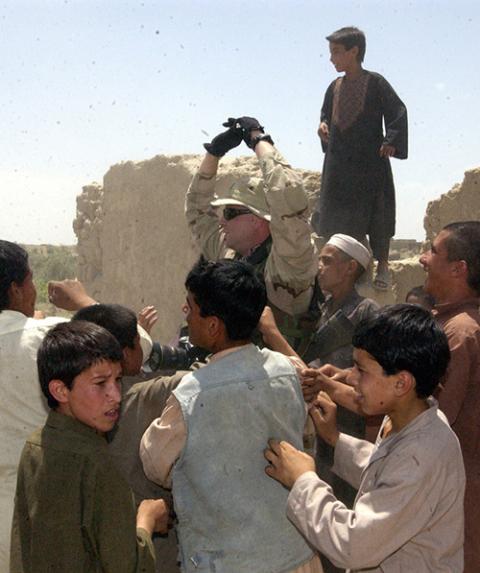 MacRoberts, who today lives in North Beach Maryland, told NCR that it is "devastating" for him to see what is happening in Afghanistan, especially since he has kept in contact over the years with Afghan nationals whom he met and worked with during his deployment.

"I really feel like we're turning our backs on people who we made commitments to," MacRoberts said. "Was it time to leave? Yeah, probably. But how we left is disheartening. I feel like we kind of threw our hands up in the air and walked away."

As for his Afghan friends who are still in the country, MacRoberts said there has been "radio silence" from them in recent weeks. Published reports indicate that Taliban forces are targeting Afghan civilians, such as interpreters, who worked with the US military.

"If it were me, and I were in the country, I wouldn't be on any kind of social media right now," he said. "I feel terrified for these men I worked with who are going to have to make some real serious choices."

Klickman, the permanent deacon from the Raleigh Diocese who served as a Special Forces soldier in Afghanistan, said he is feeling "a little jaded," given the dire situation that the Afghan soldiers and commandos he fought alongside now find themselves in.

"It is really sad to think about, especially the guys over there we fought with who are now maybe left for dead," said Klickman, who described the feeling of "getting used to" disappointment, loss and disillusionment after 20 years of war.

"It is easy to get depressed when these things happen," he said. "But my service was to God, not to the people who did or did not want us there. I can sleep well knowing that I did my best with the best of intentions. I am grateful for the joys and sorrows as I reflect on my experiences in Afghanistan and I pray that the region can enter into an era of justice and peace."