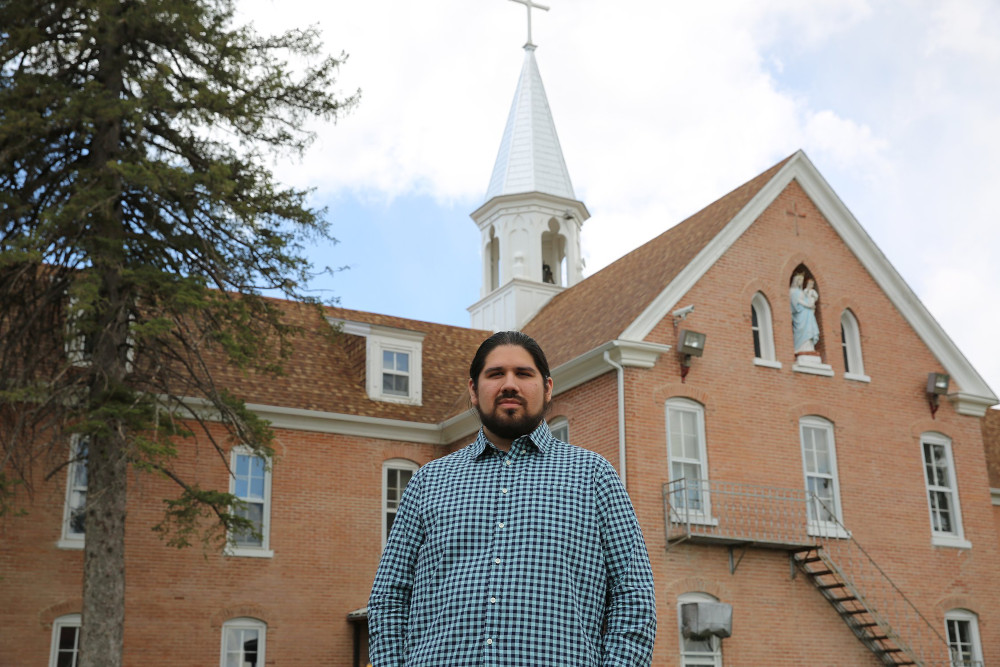 Maka Akan Najin Black Elk, a leader in Native American and Catholic education for truth, healing and reconciliation, was unanimously selected by FADICA's board of directors as the recipient of the organization's Distinguished Catholic Leadership Award.

The Distinguished Catholic Leadership Award recognizes those who have demonstrated outstanding initiative, a spirit of service and visionary leadership in contributing to the renewal and vitality of the Catholic Church.

Black Elk, a citizen of Oglala Lakota Nation in South Dakota, is expected to receive his award during FADICA's 2021 symposium and spiritual retreat, to be held Oct. 7-8 in Minneapolis.

FADICA, an acronym for Foundations and Donors Interested in Catholic Activities, noted Black Elk's leadership in addressing historical trauma and racial justice through "the significant truth and healing process" at Red Cloud Indian School, a Jesuit institution on the Pine Ridge Indian Reservation in South Dakota.

The FADICA board also identified his faith-filled and inclusive approach to healing and reconciliation, and his leadership in the American Indian Catholic Schools Network and the National Native American Boarding School Healing Coalition.

"Black Elk is a person of deep faith, who is putting Catholic values into action to build a future of hope and healing," said a July 30 statement by Alexia Kelley, president and CEO of FADICA. "Black Elk is leading ground-breaking and critical work at the local and national level for truth and reconciliation in our church and our country."

He is a descendant of survivors of the abusive system of boarding schools and a graduate of Red Cloud Indian School. Black Elk later served as a teacher and educational administrator at Red Cloud before assuming his current role there as executive director for truth and healing.

Black Elk's responsibilities include organizing, planning, supporting and guiding Red Cloud in engagement with the community in a truth and healing process related to oppression caused by the historical boarding school experience. He provides professional development, training, and dialogue opportunities on a range of topics including racial reconciliation, and works with community groups, tribal governments and nonprofits to develop a network of support.

"I am truly humbled and honored by FADICA's vote of confidence for the work I support," Black Elk said in a July 30 statement. "I strongly believe that the Catholic Church should broadly recognize the need for us as a faith community to engage in the sacramental calling for reconciliation. My hope is that we more closely live out a faith that does justice."

An estimated 100,000 American Indian children attended boarding schools, many of which were run by religious orders, as part of a federal policy to assimilate the population into white American culture.

The Jesuits offered an official apology to the Lakota people in 1993 for their role. At the schools, students were prohibited from speaking their language or practicing their culture.

Black Elk is the 16th person to win the award since FADICA established it in 1988. Past recipients include Sr. Norma Pimentel, a Missionary of Jesus sister who heads Catholic Charities of the Rio Grande Valley in Texas; Cardinal Sean O'Malley of Boston; now-retired Bishops Ricardo Ramirez of Las Cruces, New Mexico, and Tod D. Brown of Orange, California; and Catholic essayist Margaret O'Brien Steinfels.