WASHINGTON — In an update from last week, controversial Georgetown University student group Love Saxa will not lose its status as a recognized student group and will retain its university funding*, according to student newspaper The Hoya.

Love Saxa is a student group that promotes traditional sexual ethics, and opposes same-sex marriage. Some students had filed a complaint claiming that this position puts the group in violation of the Student Organization Standards.

The Student Activities Commission, a 12 member panel of Georgetown students, voted in favor of the group in the early morning hours of November 3, recommending that it not be censured.  The commission had previously failed to hold a vote on Monday night after its meeting went long.

The director of student engagement can accept or overturn the recommendation of the commission.

In the past week, Love Saxa has found support from many quarters, including Jesuit Fr. James Martin, well known for his encouragement of dialogue between the church and the LGBT community.

"Why should a student group that espouses Catholic teaching respectfully be defunded by a Catholic university?" Martin told the Catholic News Agency. "As long as Love Saxa treats LGBT people (both on campus and off campus) with 'respect, compassion and sensitivity,' as the Catechism requires, then they should be able to have their say on campus."

SOUTH BEND — The University of Notre Dame has announced that it is dropping contraceptive insurance coverage, according to a report in the South Bend Tribune.

In a pair of emails to employees and graduate students, the university stated on Oct. 27 that employees would be losing their cost-free coverage beginning Jan. 1, 2018; students would lose theirs in August 2018.

Cost-free contraceptives had been available to employees and students through a third party under the university's health insurance since that coverage was mandated by the Obama administration under the Affordable Care Act.

Notre Dame had sued the federal government, claiming that the mandate violated its religious freedom as a Catholic institution. Recent changes to health care regulations by the Trump administration opened the door for Notre Dame to end its coverage.

PHILADELPHIA — The Pennsylvania Supreme Court refused to hear Chestnut Hill College's case that the Catholic college ought to be exempt from antidiscrimination laws on Oct. 28, according to CBS Philly. The college had claimed its Catholic identity should exempt it from the laws.

The Pennsylvania Human Relations Commission found probable cause that Chestnut Hill College had violated antidiscrimination laws in 2015, after the college expelled African-American senior Allan-Michael Meads, director of the college's production of "A Raisin in the Sun." The college accused Meads of stealing funds from the production.

Meads denies the allegation, and claimed that his punishment was extreme compared to that received by white students charged with similar infractions. A lower court had sided with the human rights commission after finding that Chestnut Hill College had been harsher with minority students.

NEW YORK — St. John's University raised a record $3.3 million at its 20th annual President's Dinner on October 27, according to a press release by the university on Oct. 31.

The Queens-based university hosts the event to raise "funds each year in support of scholarships for the University's most deserving students," as well as to give "the University community the opportunity to come together to celebrate its Catholic and Vincentian values." 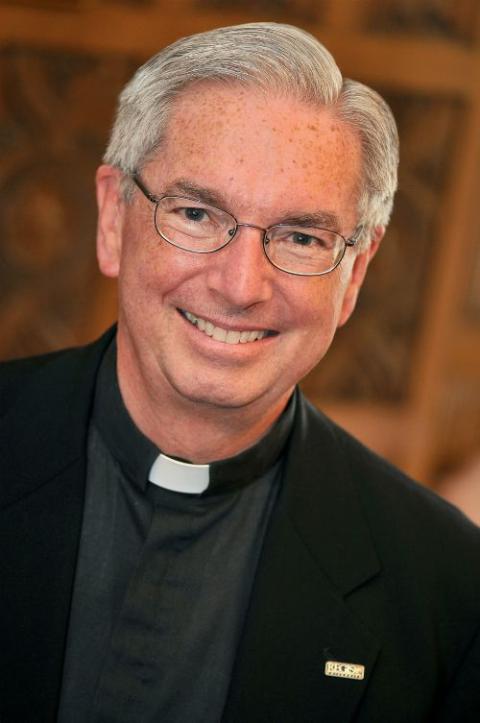 WASHINGTON— Jesuit Fr. Michael Sheeran, the head of the Association of Jesuit Colleges and Universities, is calling on Jesuit-educated alumni to vote in favor of restoring Dream Act, which would protect undocumented immigrants who were brought to the United States as children from deportation.

"You learned in school about the obligation to respect and protect the natural rights of other human beings, especially when they stand in need before you," Sheeran said in an Oct. 25 press conference. "You now have the power … to do justice for these students. Live up to what you've learned in our schools. And persuade your peers to do the same. Republican, Democrat, on this issue be 'a man or woman for others.' "