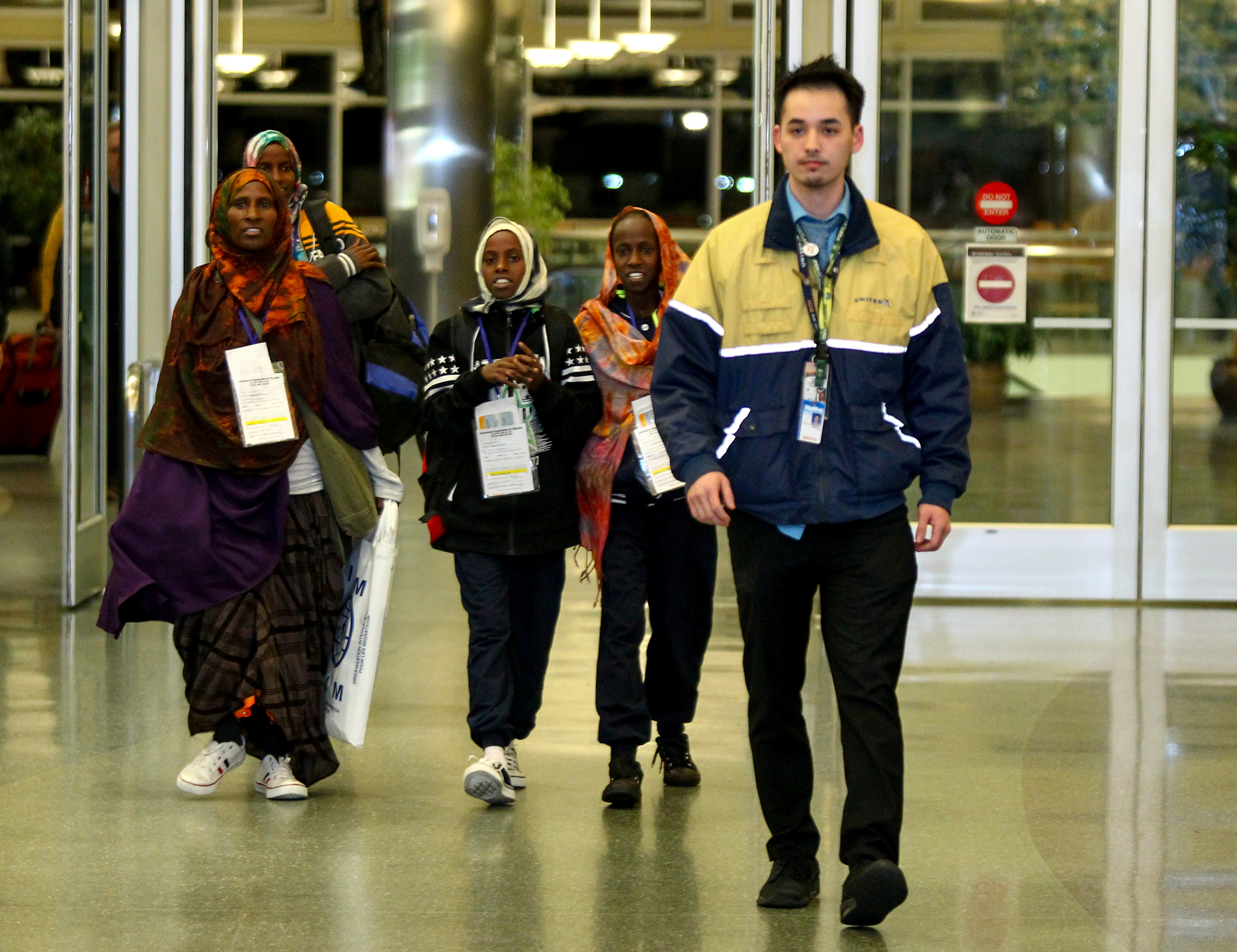 In the time it takes you to read this article, about a hundred people around the world will be forced to leave their homes because of persecution, war or violence. In fact, more people are displaced now than at any other time in human history — some 65 million, 22 million of whom are classified as refugees, according to the United Nations High Commissioner for Refugees.

Not only that, but most refugees are not going home anytime soon, if ever. Today's displaced people need more than a short-term place to live until their homeland's crisis is over. Rather than living in camps for nearly a generation, refugees require permanent resettlement and the skills necessary to become self-sufficient in their new homes.

What's needed are innovative solutions to address what some — including Pope Francis and many bishops — are calling the greatest humanitarian crisis of our time.

But "innovative" doesn't always have to mean a new agency or even new program. In fact, according to a recently-released report on the Catholic response to this problem, many church-led organizations and programs are creatively serving refugees and migrants, without having to start from scratch.

"You can have institutions and organizations that have been around a long time be really creative in responding to urgent social problems," said Tiziana Dearing, co-director of Boston College's Center for Social Innovation and the lead researcher for "Catholic Social Innovation in Today's Global Refugee Crisis."

The study was funded by Foundations and Donors Interested in Catholic Activities (FADICA) to give more exposure to programs that may not be seen as obvious "social innovators" by other funders because they're run by a 2,000-plus-year-old institution.

"There's a perception that any institution that already exists is not likely to be innovative," said Dearing. "But much innovation can come from existing communities and infrastructure."

Catholic social innovation tends to repurpose existing resources and draw on existing relationships to address issues such as the refugee crisis, the study found. Innovative Catholic programs also are inspired by Catholic social teaching, according to the report, which highlighted 64 projects, more than half of which are affiliated with Catholic sisters.

One is the training and skills centers run by the Daughters of Charity of St. Vincent de Paul in Tunisia.

Many African and Middle Eastern migrants trying to make their way to Europe have gotten stranded in Tunisia, located in the northernmost point in Africa. Without marketable skills, they often turn to exploitative illegal work, said Sr. Mary Louise Stubbs, executive director of the order's International Project Services, which provides development assistance to sisters working in 64 countries.

Local Daughters of Charity were already providing emergency assistance in Tunisia, but realized the migrants needed to learn skills that could provide income to support their families. So, in addition to offering medical care and children's education, the sisters started providing training in tailoring, welding, hairdressing, shoe repair, bread making and computer work for adults.

But its innovation goes beyond that. When Stubbs learned that the Ladies of Charity, an associate group to the Daughters of Charity, was looking for new ways to fundraise for their charity work, she remembered the beautiful backpack made by one of the refugees in the Tunisian training program.

Stubbs helped set up a collaboration to create the "Mission Marketplace," in which the Ladies of Charity will purchase in bulk items made by the refugees in Tunisia for resale in the United States.

"Innovation could be our middle name," said Stubbs, noting that the Daughters of Charity have had to be creative since their founding in the 17th century.

Dearing agrees that sisters, as well as priests and brothers, were some of the earliest social innovators. "We have a long history of nuns starting hospitals, orphanages, schools and other services. They've always been at the forefront of transformational social justice," she said.

Other projects highlighted in the report feature similar collaboration, long-term focus and creative repurposing of existing relationships or resources:

"We're seeing what happens when you have a network and an infrastructure of a global institution, brought together by shared faith and values, that is able to respond to a problem that's global in scale," Dearing said.

This report is the first in the three-year project. FADICA members, who chose refugees as the topic for the first year, will vote on the next issue to be studied, said Alexia Kelley, FADICA's president and CEO.

Kelley hopes the project brings attention to the good work of these Catholic organizations. "Often sisters, brothers and priests aren't tooting their own horn because they're so busy doing the work," she said.

And she agrees that sometimes the assumption is that "faith-based" can't be modern and innovative. "But we knew that wasn't the case," Kelley said.

Dearing also hopes that those who believe and invest in social innovation will take a closer look at church-run organizations. "I think they'll be inspired by the innovation in welcoming the stranger and responding to the needs of those around us," she said.

"We are at a time when we need inspiration," she said. "And this is incredibly inspiring."