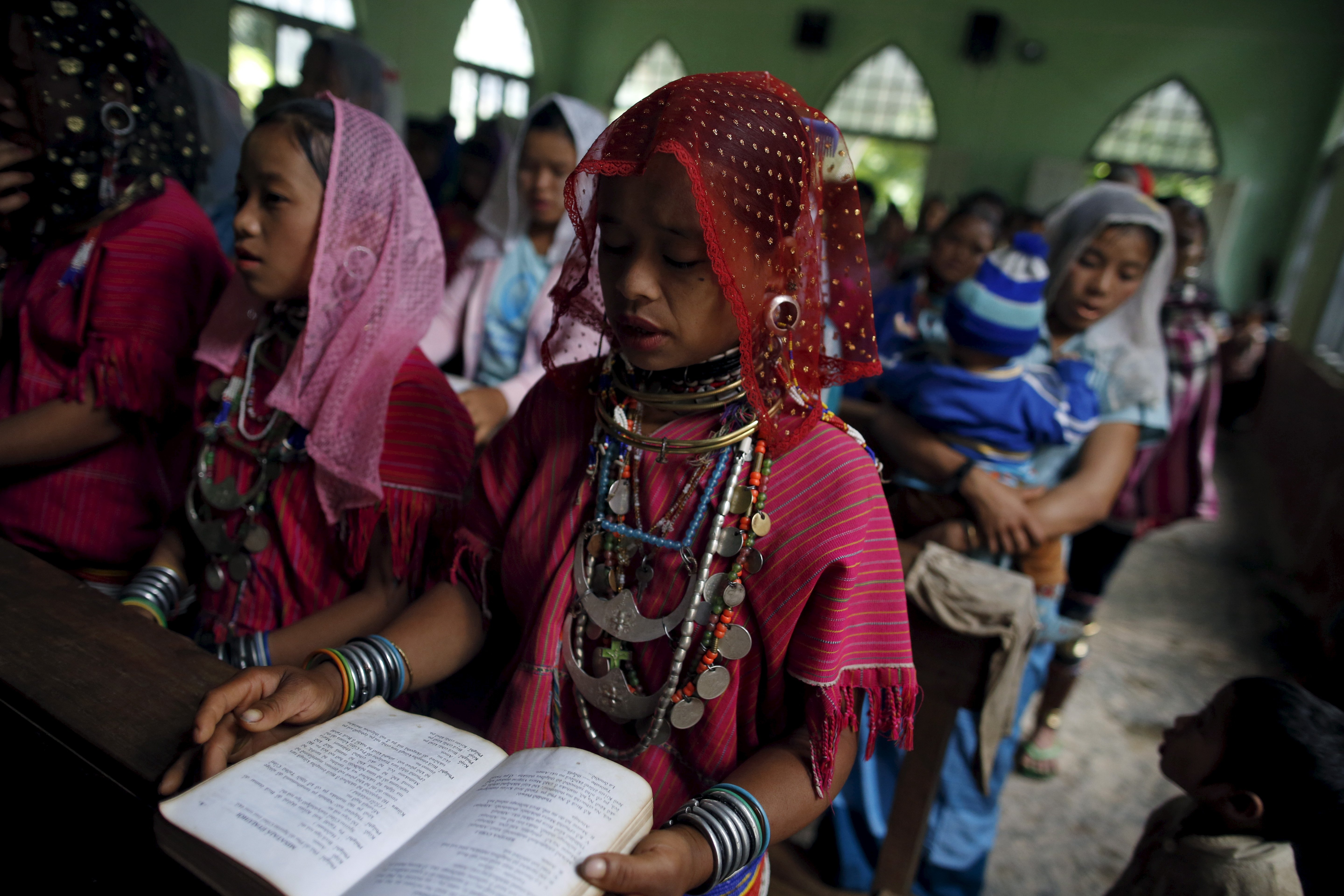 People in the Kayah state of Myanmar attend Catholic Mass in the Htaykho village in this 2015 file photo. (CNS photo/Soe Zeya Tun, Reuters)

For Christians in Chin and Kayah states, there were no Christmas and New Year celebrations due to fighting. They have borne the brunt of a decades-old civil war and faced oppression and persecution at the hands of the military, reported UCA News.

On Dec. 29, Catholics in Kayah's Hpruso Township held a funeral for 35 civilians — all Catholic — killed by troops and their bodies set on fire Christmas Eve in Mo So village. UCA News. reported local sources said the funeral was led by catechists, because the military would not allow a local priest to officiate.

The killings shocked the world and drew swift condemnation from Cardinal Charles Bo, who called it a "heartbreaking and horrific atrocity."

"The fact that the bodies of those killed, burned and mutilated were found on Christmas Day makes this appalling tragedy even more poignant and sickening. As much of the world celebrated the birth of our Lord Jesus Christ, the people of Mo So village suffered the terrible shock and grief of an outrageous act of inhumanity," he said.

Cardinal Bo, president of the Catholic Bishops' Conference of Myanmar, urged the military "to stop bombing and shelling innocent people, to stop destroying homes and churches, schools and clinics" and to begin "a dialogue with the democracy movement and ethnic armed groups."

The cardinal was criticized for meeting Myanmar's military chief, Gen. Min Aung Hlaing, and cutting a cake with him Dec. 23 to mark Christmas at the archbishop's house in Yangon.

Within hours of the Dec. 23 meeting, the military junta launched airstrikes, forcing thousands of people to flee their homes into neighboring Thailand.

Ignoring repeated appeals by the world and religious leaders, including Pope Francis, Myanmar's military regime has continued attacking villages and ethnic areas where armed resistance has been the strongest.

On Dec. 30, the Assembly of God church and another belonging to the Association of Baptist Churches in the deserted town of Thantlang were burned by soldiers, according to the Chin Human Rights Organization.

The conflict-ravaged town has seen five churches and more than 450 houses damaged by fire so far. Across Chin state, some 22 churches and 350 civilian homes were burned or destroyed by the military between August and November, said the human rights organization.