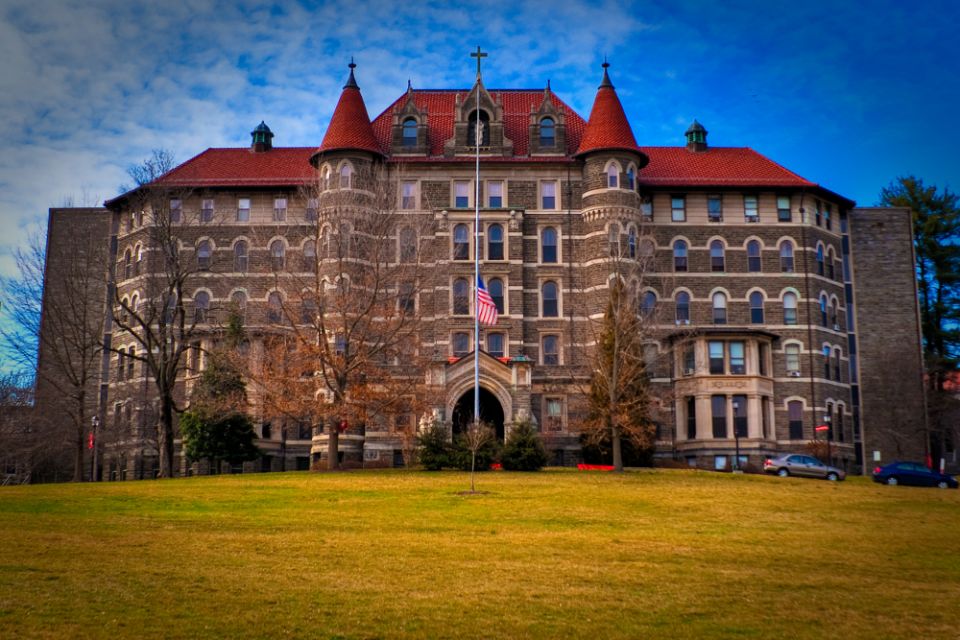 Philadelphia — Chestnut Hill College, run by the Sisters of St. Joseph, is awaiting a mediation with the Pennsylvania Human Relations Commission (or PHRC) in a case of racial discrimination that has brought the school criticism for how it has handled the legal proceedings.

The college has said that it did not discriminate against the student who filed a complaint with the commission, but it also said that the state's human relations commission had no jurisdiction of Chestnut Hill because the school's religious nature made it distinctly private. It filed a lawsuit against the organization, Chestnut Hill claims, to "test the limited question of whether the jurisdiction of the PHRC applied to Catholic institutions of higher learning."

"At all times throughout this process, the College has acted only to ensure that a full and fair hearing of all the facts would be presented, and the College acted only for that purpose," spokesperson Kathleen Spigelmyer said via email. "It remains our priority today."

After losing in state courts, Chestnut Hill College was faced with taking the case to the U.S. Supreme Court, an action it ultimately decided against "after much consideration, reflection and prayer," College president St. Joseph Sr. Carol Jean Vale said in an email to faculty last fall.

"Although we found strong legal precedent to support an appeal to the United States Supreme Court, it is our judgment, that a public hearing is best for all involved," Vale wrote. "Thank you for your continued interest in this matter and your patience as we sought clarification from the Courts concerning the proper jurisdiction for the case to be heard."

The decision by Vale not to appeal to the U.S. Supreme Court placed the matter back in the commission's jurisdiction. According to Allan-Michael Meads, the student who filed the complaint, a mediation has been set for the end of June. A public hearing would come next if no settlement is reached.

Spigelmyer said she expects a hearing.

The saga began in 2012. Meads was a senior student with a few weeks before graduation, and he was directing the Lorraine Hansberry play "A Raisin in the Sun" for the Chestnut Hill College theater department. He had previously acted in campus productions and was assuming directorial duties for the first time.

Chestnut Hill College, which is run by the Sisters of Saint Joseph, claimed Meads stole revenue, believing the play had made a profit of $2,248. A few heated meetings ensued with administrators, and Meads was expelled. He would not be able to graduate.

"The college has just confirmed a lot of what all of us have known. They have some serious issues around race and racism."

Meads claimed the play made about $1,800 in revenue. All of the proceeds, he maintained in the commission's investigation, went to supplies ($500), a donation to the Lupus Foundation of America ($500) and a cast party at Applebee's ($800), the latter a common reward for students involved in plays and other extracurricular activities at the school.

In November 2012, Meads filed a discrimination complaint with the Pennsylvania Human Relations Commission. The commission found Chestnut Hill College had meted out less severe punishments to white students for comparable allegations. A white student accused of stealing another student's car for a joyride, for instance, was asked to write a reflection paper.

Three years later, with the commission claiming Chestnut Hill College failed to respond to subpoena requests and had prolonged the investigation, it charged the school with racial discrimination in a finding of probable cause. The next step would have been mediation or a public hearing, but Chestnut Hill College instead filed the lawsuit stating the commission had no jurisdiction because the school's religious nature made it distinctly private.

The lawsuit was slammed by Philadelphia politicians, who in the fall of 2016 submitted a resolution in City Council condemning the school, and Philadelphia Mayor Jim Kenney tweeted his support of the resolution.

"The college has just confirmed a lot of what all of us have known," said Jenn Wilmot, a co-founder of Chestnut Hill College's Alumni of Color Collective who graduated in 2006. "They have some serious issues around race and racism."

Meads, who works as the drama director of a local middle school, is seeking compensatory damages and for the expulsion to be off his record. He graduated from Cheyney University of Pennsylvania in 2013 but wants a master's degree. Every time he fills out an application, he has to explain the expulsion, which he thinks weakens his chances of being accepted.

"I'm still trapped, still chained up to this case," Meads said. "I don't want to have to keep talking about it."