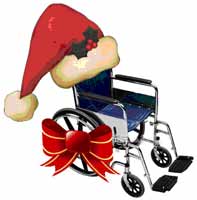 Marge Martin* is a widow in her mid-fifties. She is a beautiful princess in the eyes of this admirer and a witch in the mind of some others in our small community. Few people see what I see. In realty, she probably is somewhere in between. Like all of us, this woman has flaws and is a sinner. Nevertheless, this is a woman I have come to love and I would give her the world if I could.

The power of forgiveness

I’ve known Marge for nearly six years and one of the greatest lessons I’ve learned from her is the power of forgiveness; both forgiving oneself and being forgiven by the one we hurt. We are called to live the challenge of “The Lord’s Prayer.” Still, in the incident I am about to refer to without mentioning the details, if I were not forgiven, I don’t think I could have forgiven myself.

I have come to realize Marge is a strong willed woman who has been hurt by life’s circumstances many times. This fact most certainly has contributed to people’s misperception that she lacks an ability to have trust in nearly anyone or anything. I don’t see that at all. For I know one of her greatest attributes is her ability to forgive when one is truly repentant and willing to change. I found this out first-hand the day we had a huge falling out. Devastated, I thought I lost her friendship.

My heart was broken and I was forced to examine my actions. Making a promise to God, Marge and myself to change I knew I must repent – saving a friendship and perhaps my life as I knew it.

That day, we became peers; I listened and heard her words as never before. In her ability to forgive me, I saw Christ. Due to misperceptions and for her to keep own sanity she has placed a protective shell like a turtle between herself and those of us around her. I wished to stay in that inner-circle. I wanted our relationship to grow.

For me, this protective mode was best illustrated when she saw to it that I got breakfast, lunch and supper for two weeks while my attendant was on vacation early in the fall of 2009. Marge has been there for me. In fact, we have been there for each other. We have helped each other to grow. Within our friendship we have found shelter that has made us feel safe. I can’t or won’t speak for others in her inner-circle, but only about myself and how I feel.

Decades ago this woman was a teacher. Today, she still uses these same skills to impact the lives of those around her. I am one who has benefited from her wealth of knowledge. In an earlier part of my life I taught also. This common factor has allowed us to understand each other better. This remarkable woman also has a number of disabilities that forces her to use a wheelchair, though I have used my mobility vehicle longer than she. We are learning from each other, which for me brings back memories of other close relationships. Like a good wine, those reflections get better with age. Like the angel in “its A Wonderful Life,” she reminds me time and again of the many lives I have touched.

Like most of the relationships in my life, I thought this one was fragile. Therefore, I wanted to put some safeguards in place and so I did. These measures have protected us as a cocoon protects a caterpillar. They include the following in no particular order:


It was mid-summer 2009 when Margie brought back memories of a Christmas in my distant past when she asked me “What Christmas gift had the most impact on your life?” I kissed her cheek and answered without hesitation “the word processor my parents gave me.”

What more did I have to say. In my eyes that word processor affirmed that my parents believed I had the talent to tell a good story. Within months of getting that gift, my first feature was sold. Each sale affirmed my folks' belief in me.

From past experience though, I know a woman doesn’t just ask a question without having something in mind. I wondered just what was on her mind. Soon I found out what she needed and the Holy Spirit showed me how I could help get it for her. She never asked for my help, but I provided it.

The two of us went to a baseball game; a Businessperson’s Special, I saw the tilt prevention bars fall off Marge's wheelchair. A kind gentleman snapped them back on. These bars prevent a wheelchair from flipping over while going up or down a curb. This was one of several times I saw one of the bars come off. I promised her that day, “Marge, I will get a new wheelchair for you.” In truth, she never asked me.

I thought to myself, “How?” All I knew is I could not let her down. I was shaking. I made a promise. God would have to help me keep it. God surprised me with the answer.”You already have the means.”

Of course I did, but I wondered what would my family say? Only time revealed that answer. Regardless of what they thought I was going to get my princess a chariot for Christmas. I hoped that this gift had half the impact on Marge's life that the word processor had on my life. I knew in my heart that it would truly make a difference!

Thanks to a sibling’s suggestion, the seed of the answer to my dilemma had been planted nearly a year before: My Christmas club account would be the answer! I believed I could make it happen for nothing is impossible with God.

I had found a way. I had been sending a check each month to my Christmas club account. By December there was an air of anticipation. I felt as happy as Scrooge must have felt after his transformation; as joyful as s child awaiting the arrival of his first pet.

Christmas-eve of 2009 arrived. We attended midnight Mass, something I hadn’t done since I was a young boy. The liturgy was wonderful. I heard the Gospel with expectant faith. The Christmas story seemed fresh. I knew it was in part because of who was with me.

Mass ended at 1:40 a.m. Christmas morning and we had an early breakfast at an all night diner. Served and finished by 3:00 a m. we went home.

Upon arriving home, I present Marge her Christmas chariot wrapped up in bright ribbon. I handed Margie a pair of scissors to cut the ribbon around the chair's arms. Nervously, she began to cut the ribbon. Tears welled up in both of our eyes.

Tired, we kissed each other a good night and wished each other a Merry Christmas. I then went to my own apartment thanking God for all He had done in our livers. It was a wonderful day. For I knew in my heart, as the couple in O. Henry’s “Gift of the Magi,” we had given all we had.

When I think back to the Christmas of 2009, I don’t think of gifts I didn’t give, or my travel plans delayed by weather -- rather, I think of one Christmas gift I did give and how it has impacted one life that has touched so many others. I also think of the friendship God’s grace saved and for that, I am most grateful.

Since that time Margie has volunteered as an advocate, is a strong voice for the pro-life movement and runs several bible studies. The Christmas chariot I bought her have became living wheels for Christ as she travels sharing the good news.

May the Holy Spirit who inspired me the Christmas of 2009 to step out in faith and change someone's life inspire all who read this story to do the same!

[Bill Zalot is a freelance writer from Levittown, Pa.]