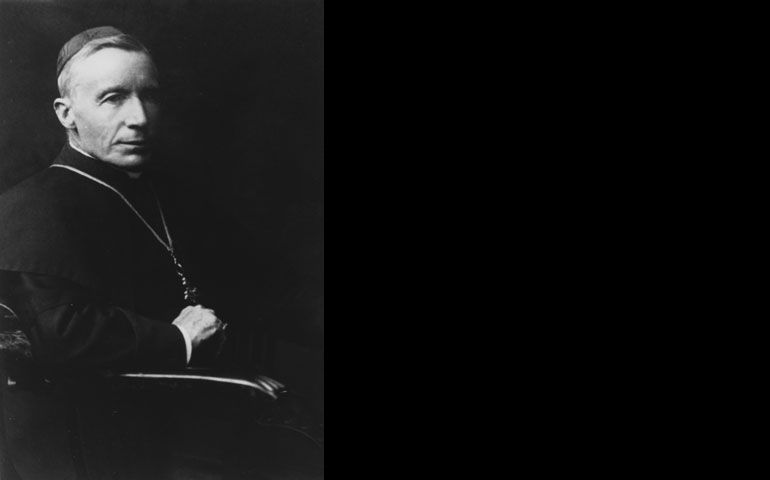 In 1884, Archbishop Elzéar Taschereau of Quebec procured from the Holy Office at the Vatican a condemnation of the Knights of Labor as a "secret society." In the 19th century, such societies were often hotbeds of anti-clericalism in Europe, and Vatican officials were always suspicious. The decree in Quebec was republished by Bishop James Healy of Portland, Maine.

The rest of the U.S. hierarchy had a problem. The Knights of Labor had been founded in 1869 and its membership was largely Catholic. The grand master workman was a devout Catholic named Terence Powderly, who was also mayor of Scranton, Pa.

Given the harsh union-busting tactics of employers in those days, the Knights had to be a secret organization. Archbishop James Gibbons of Baltimore asked all the archbishops in the U.S. to give their opinion on the condemnation of secret societies at a meeting in October 1886. The archbishops unanimously opposed any condemnation of the Ancient Order of Hibernians and the Grand Army, a veterans' group. But they were divided on the Knights of Labor, and so the case was referred to Rome.

In January of the next year, both Gibbons and Taschereau were named cardinals. In Rome to get his red hat, on Feb. 20, 1887, Gibbons presented a letter to the Propaganda Fide, which then had jurisdiction over the church in the U.S. He argued forcefully for the rights of workers.

The wheels of the bureaucracy in Rome, then as now, turned slowly, but in the summer of 1888, the Holy Office decreed that the Knights of Labor could be tolerated.

Gibbons' letter also served as a precursor to Pope Leo XIII's groundbreaking encyclical on social justice issues, Rerum Novarum, in 1891. Leo affirmed labor's right to organize and the church's commitment to the well-being of working-class people.

Thus was born a strong, fraternal relationship between the Catholic church and organized labor in the United States. Nor was the relationship built only on papal teaching. Many union locals had their first meetings in the basement of a Catholic church. Many workers who formed the picket lines during the week also formed the Communion line on Sunday.

The church and labor both advocated for public policies like ending child labor and supporting the New Deal. The relationship even reached into the culture, with Karl Malden playing Fr. Barry in "On the Waterfront."

Msgr. George Higgins, a professor at The Catholic University of America, was the chaplain to the AFL-CIO for decades. If a bishop hired non-union labor for a job, he heard about it from Higgins. When the Roe v. Wade decision came out in 1973, organized labor was the only part of the political left that did not take a position.

In recent decades, the relationship between church and labor has frayed, not so much because of any conscious decision, but for a variety of reasons. It was a mistake to let the relationship fray, because some of the problems facing both labor and the church are similar or even the same.

Both have had trouble recruiting or retaining ethnic, white working-class members. In 1983, 20.1 percent of the workforce was unionized; in 2013, that number had shrunk to 11.3 percent. The decline in the number of people self-identifying as Catholic is well-known, and the numbers would be far worse if it were not for the influx of Latinos.

Both labor and the church have had to focus on internal divisions. Both have had to deal with the collapse of a prevailing infrastructure and adjust to changed circumstances.

The fraying of the social contract has been both cause and effect of the weakened relationship between labor and the church.

The most important common denominator of the past few decades, however, has been that both organizations, for a variety of reasons, were inward-looking, focusing on internal matters. This is, as Pope Francis has made clear, a recipe for a slow death. For organized labor, as for the church, it is only when we are driven by mission that we grow in strength and vigor.

Labor has joined, rather than resisted, the fight for immigration reform. Labor is at the forefront of the discussion of race in America. Organized labor has led the fight for an increase in the minimum wage, even though most minimum-wage workers are not union members and many never will be. Labor has become the leading advocate of a reappraisal of the socioeconomic policies that have governed the actions of both Democrats and Republicans since the Reagan years.

In the last couple of years, and with a big boost from Francis' trenchant, even scorching critique of neoliberal economics, key players in both church and labor are realizing that they need to reconstitute a closer relationship.

A daylong conference was held June 15, co-sponsored by the AFL-CIO and the Institute for Policy Research & Catholic Studies, the on-campus think tank of Catholic University. (See story. Full disclosure: I am a fellow at the institute and helped organize the conference.)

The conference was titled "Erroneous Autonomy: A Conversation on Solidarity & Faith" and was the second in a series that focused on the danger of libertarian, neoliberal politics and economics.

It was wonderful to see Washington Cardinal Donald Wuerl, Chicago Archbishop Blase Cupich, and six other bishops in the "House of Labor," not just listening to great panel discussions about solidarity. It was wonderful, too, to see bishops and union organizers sharing a conversation and a coffee, exchanging ideas and phone numbers, building relationships.

Fr. Clete Kiley, a priest of the Chicago archdiocese who serves as immigration policy coordinator for the union UNITE HERE, started a weeklong training session for "labor priests" three years ago. Priests must obtain the permission of their bishop to attend. The sessions help the clergy understand how they, as pastors, can help parishioners cope with an often volatile labor market.

Dozens of priests from around the country have been trained and it is anybody's guess which of them would star in a remake of "On the Waterfront."

No one can predict where this effort to reconstitute the once vibrant relationship between organized labor and the church will lead. There remain obvious difficulties over issues like tuition tax credits for families who send their kids to Catholic schools. But problems only become solvable if people know each other, have learned to trust and respect each other, to listen to each other.

However, one thing is immediately clear: Come September, when Francis makes his visit to the U.S., there will be plenty of union members lining the streets cheering him on. I don't think we will see any signs that read, "Hedge fund managers love Pope Francis."

The fight for an economy of inclusion rather than exclusion is about to dominate the 2016 presidential contest. We will get a better result from that debate if labor and church leaders see each other as brothers and sisters in the struggle for a more humane economy and polity.

Where has the aspirational quality of American democracy gone?

The Prophet Muhammad at the U.S. Supreme Court

Who holds the Catholic key to Florida's 2020 election?

Restoring asylum at the border is a holy invitation