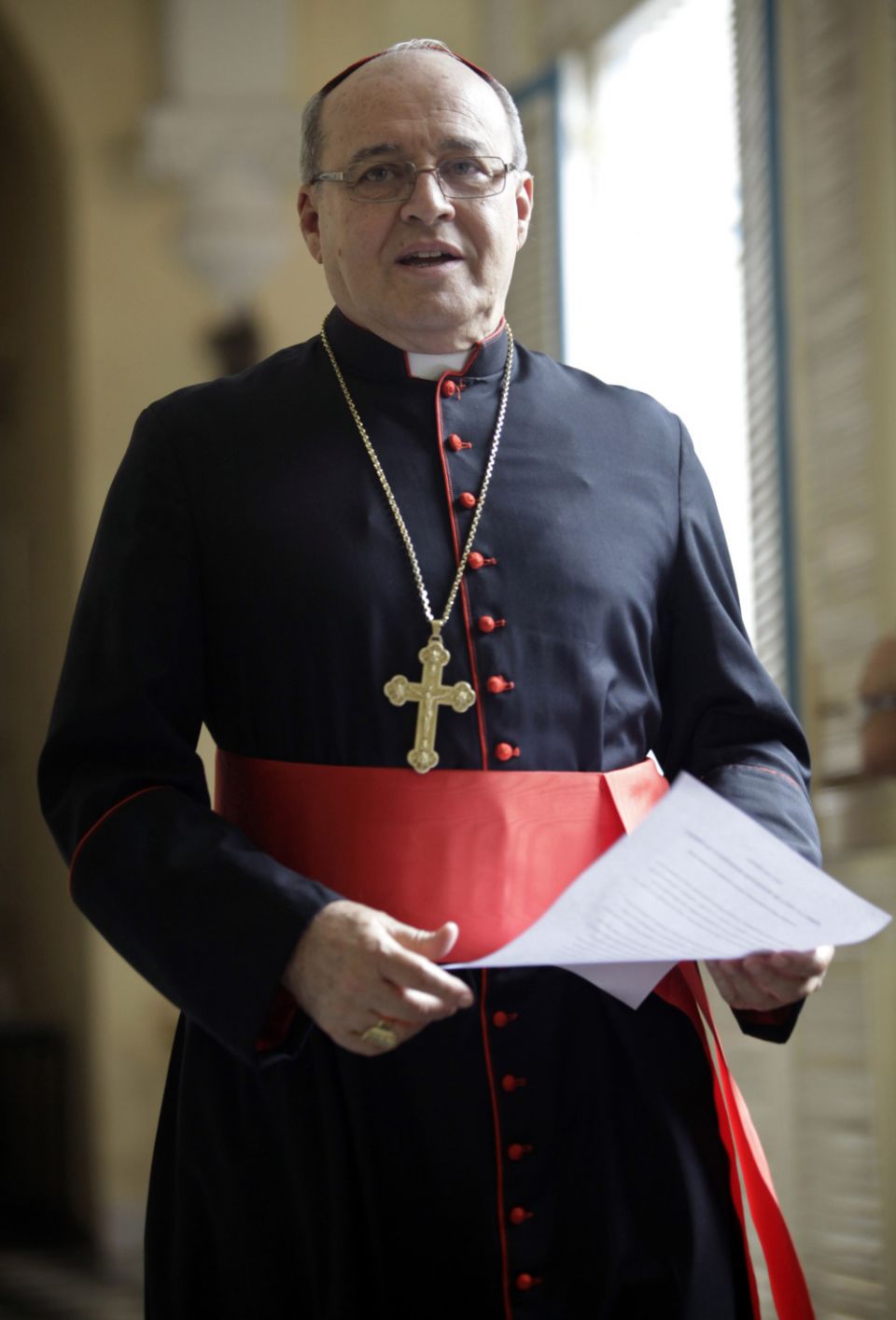 Vatican City — A proud Cuban who pressed for greater freedom for his church and for an end to the U.S. embargo on his homeland, Cardinal Jaime Ortega Alamino, retired archbishop of Havana, died July 26 at the age of 82.

Serving as head of the Archdiocese of Havana for almost 35 years pushed the cardinal into a prominent role as a spokesman for Cuban Catholics on national and international issues, but he also devoted much of his energy to supporting the island's active Catholics and encouraging them as missionaries to their neighbors.

He spent eight months in a communist-government labor camp in 1966-67, but he went on to become a cardinal and to welcome St. John Paul II to Cuba in 1998, Pope Benedict XVI to the island in March 2012, and Pope Francis in September 2015 and again, briefly, the following February.

Ortega used every opportunity possible to plead with the U.S. government to end its economic blockade of his country, echoing the position of successive popes that the blockade was keeping thousands of people poor while doing little to pressure the Cuban government to expand freedoms and human rights.

In 2014, when it became clear that U.S. President Barack Obama might be willing to loosen the embargo, Pope Francis gave two letters to Ortega, asking him to deliver one to Raul Castro and the other to Obama.

"It was a way of putting them in contact," Ortega told the Irish Times. "That was the desire of the Holy Father. People must communicate. He was not a mediator between two nations or between two governments, but he wanted to put the two presidents in contact."

As a public figure, Ortega also devoted much energy to pressing his government to allow the Catholic Church in Cuba to have a public voice and to help serve the poor.

Visiting Baltimore in 1997, the cardinal said Cuban Catholics are free to attend Mass, but that does not constitute religious freedom.

"There are three liberties: worship, prophetic liberty (religious education), and service. When we have the three liberties, we have freedom of religion," but, he said, in Cuba "we have only one of them.''

To have true religious freedom, he said, Cuban Catholics would need "to have the possibility of communicating with people by radio or television about their faith, the possibility of having Catholic schools or teaching religion in public schools, the right to have church-run hospitals.''

The Catholic Church's limited access to public spaces did not, however, dampen Ortega's push to evangelize; it simply meant that he knew sharing the Gospel was something that had to begin small, involve person-to-person contact and, often, service opportunities.

Speaking at the Canadian bishops' annual meeting in 2014, the cardinal suggested they might want to focus on that level, too.

He told a story about young people at the cathedral parish. Many of them would not go to Communion, but when it was cold at night, they would bring hot chocolate to people sleeping on the street, and they showed up in force for visits to a state-run home for the elderly.

A doctor who worked there, and later became the director, befriended the young people, the cardinal said. Eventually he was baptized and later, as director, the doctor made sure Mass was celebrated at home every two weeks.

While the cardinal worked hard to get churches restored and reopened in Havana, he also encouraged the practice of people hosting prayer meetings in their homes. Little by little, he told the Canadian bishops, neighbors start coming, and soon the Gospel spreads.

"There are walls, all kinds of walls, bad memories from the past that have also to be brought down, and that's the way we do it," he said.

After seminary studies in Cuba and at the seminary of Foreign Missions in Quebec, he was ordained to the priesthood in 1964.

His first assignment, as an associate pastor in Cardenas, was interrupted in 1966 when he was detained and sent to the agricultural forced labor camp, known by its Spanish acronym UMAP.

Ortega rarely spoke publicly about the eight months he was in the camp, although he did so during an interview in 2014.

Mentioning almost nothing about the long hours of forced labor and poor living conditions in the camp, almost 50 years later what Ortega focused on was how "it was a unique life experience for a priest," one that placed him "in the midst of the people."

"From a human point of view, it was atrocious perhaps, if considered from the outside," he told the newspaper Giron. "But everything has to be looked at – in faith we look at everything like that – in the light of God. If God wanted this to happen, then what would he want from this?"

After his release from the work camp, he returned to parish ministry, working in several parishes simultaneously because of a severe priest shortage in Cuba. He had served as pastor of the cathedral in Matanzas, as president of the Diocesan Commission for Catechesis and began a youth ministry that included summer camps and theater groups. He also went once a week to Sts. Charles and Ambrose Interdiocesan Seminary in Havana, where he taught moral theology.

His death leaves the College of Cardinals with 217 members, 120 of whom are under the age of 80 and therefore eligible to vote in a conclave.

Lofty titles do not guarantee entrance to heaven, pope says