by Christopher White
People
Vatican
World
This article appears in the Francis in Cyprus and Greece feature series. View the full series. 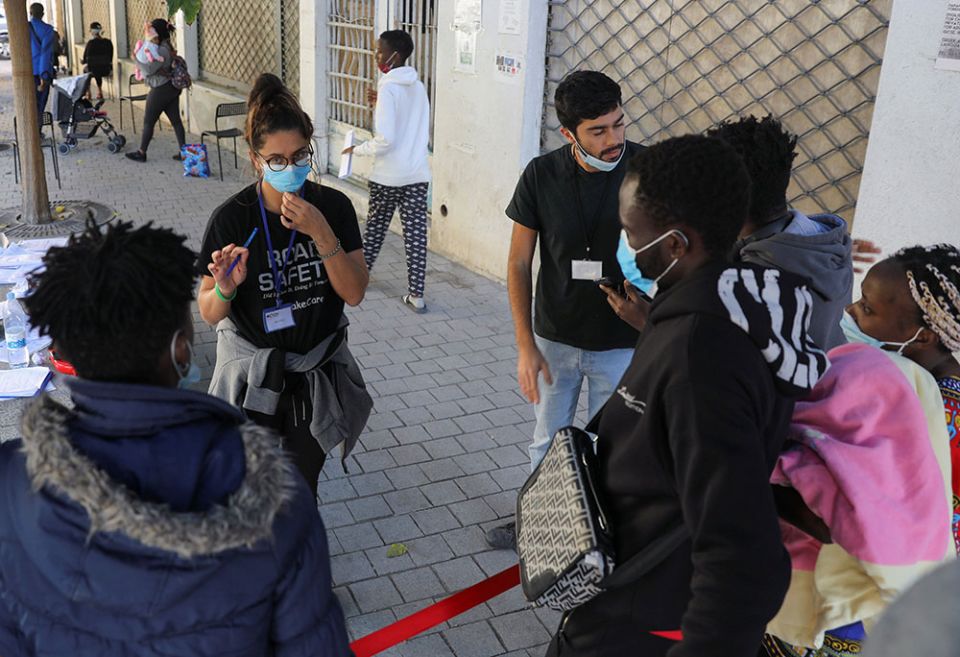 Rome — When Pope Francis visits Cyprus Dec. 2-5, he will be the first Roman pontiff to go there in over a decade.

The island, located in the eastern Mediterranean Sea south of Turkey, is certainly small in size. But there are a number of major issues Francis is expected to confront, including Europe's yearslong refugee crisis and decades of sometimes difficult ecumenical relations between the country's Roman Catholic and Orthodox communities.

In an email interview ahead of the pope's arrival, Cyprus' ambassador to the Holy See, George Poulides, described Francis' "solidarity" with the island nation as "politically, diplomatically, religiously and morally important."

Poulides, who has represented Cyprus at the Vatican since 2003, also serves as dean of the Vatican diplomatic corps. Following is his interview with NCR, edited lightly for context.

NCR: Why does this visit matter to Cypriots and why do you think Francis has decided to visit Cyprus now?

Poulides: Every papal visit is important, is a major event in itself. However, a visit most particularly to Cyprus is extremely important for very obvious reasons: The pope goes to a small, deeply traumatized and divided country such as Cyprus, situated in a difficult neighborhood and having to deal with an utterly aggressive neighbor.

Cyprus is very important from a political, religious, geostrategic point of view; she faces challenges of self-survival. The solidarity of the pope is politically, diplomatically, religiously and morally important.

There are now reports that Francis will bring back a number of migrants from Cyprus to live in Italy. How should we expect the issue of migration to factor into the trip?

From the point of view of migration, it is important for the pope to recognize Cyprus' positive contribution to the migration issue and to urge the European Union member states to demonstrate greater solidarity towards Cyprus and to pursue relocations of migrants. However, the pope in Cyprus will have the great opportunity to address some of the causes of migration and current attempts of instrumentalization by authoritarian regimes.

Both Cyprus and Greece are border states of Europe. Mass migration poses serious multidimensional challenges to them, since neighboring authoritarian regimes instrumentalize migration in order to cause unrest and destabilization. Cyprus needs to be supported politically, diplomatically, morally, as well as materially, in order to overcome some of the challenges they face.

How would you assess ecumenical relations between Catholics and the Orthodox under Francis?

From an ecumenical point of view, the visit will hopefully contribute towards reinvigorating in the mid- or long-run the stalled ecumenical dialogue between the two major branches of Christianity, the Latin West and the Greek East. Lately, the dialogue faces certain challenges coming from both sides, Roman Catholic and Orthodox alike. Hence, the visit of the pope will hopefully create some of the necessary conditions for reengaging in the dialogue towards achieving unity between the divided Christian churches.

Roman Catholic and Orthodox Churches can and do cooperate fraternally as Christians in many areas and the visit of the pope can advance further the already existing cooperation by putting the emphasis on our commonalities.

The visit of Francis is registered in the list of visits in major countries of Orthodox tradition. The pope makes ecumenical visits to Orthodox countries in the same way that Ecumenical Patriarch Bartholomew of Constantinople and His Beatitude Archbishop Chrysostomos of Cyprus make ecumenical visits to Roman Catholic countries. This is helpful in the overall process of promoting ecumenical dialogue.