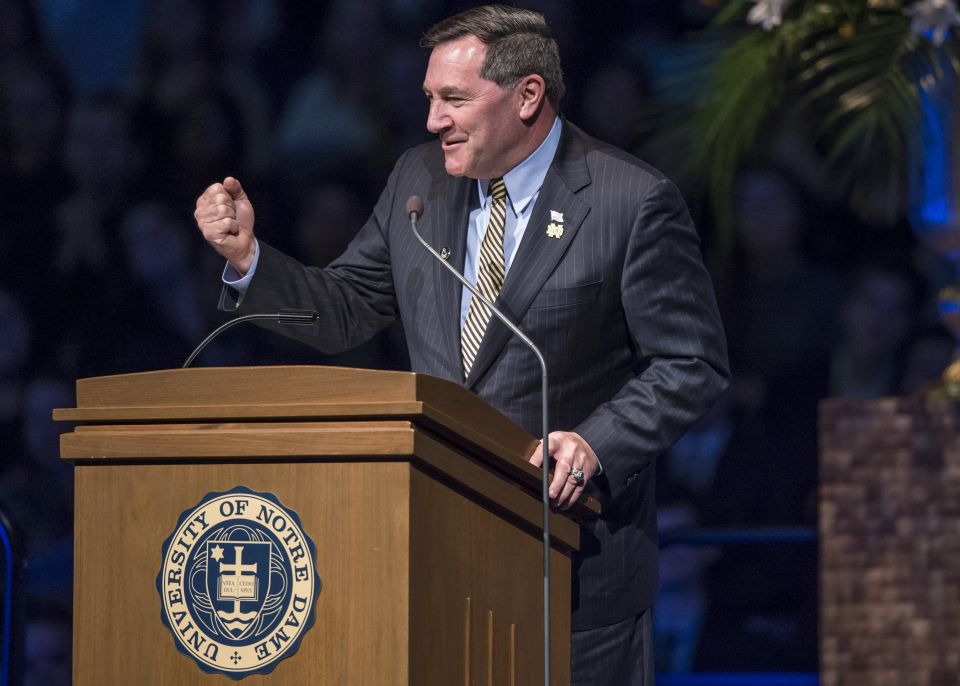 Donnelly, a former member of the House of Representatives and the Senate, was officially sworn in Feb. 15 at the federal courthouse in South Bend, Indiana.

Holy Cross Father John Jenkins, president of the University of Notre Dame, Donnelly's alma mater, offered a prayer and a blessing for the new ambassador.

Others in attendance at the official swearing-in ceremony included South Bend Mayor James Mueller and other local city and county officials.

Donnelly was nominated to the ambassador post by President Joe Biden last October and he was confirmed in a voice vote by the U.S. Senate Jan. 20.

"Joe is a person of deep Catholic faith and commitment to public service, and I am confident that he will serve in this important new role with vision and integrity," Father Jenkins said in a statement when Donnelly was confirmed.

"It comes as no surprise that there was broad bipartisan support for his confirmation as he has proven throughout his career that he is committed to building relationships and working across divisions," the priest said.

"Joe has the prayers of his alma mater as well as our commitment to assist him in any way we can," he added.

He is currently a partner at Akin Gump, a Washington firm specializing in public law and policy law.

After leaving the Senate, besides working as a lawyer, Donnelly was a professor of the practice of law from 2019 to 2021, teaching courses on American politics, public policy and leadership at the University of Notre Dame's Keough School of Global Affairs in Washington.

Donnelly met his wife, Jill, while attending Notre Dame and they were married in 1979. They have a son and a daughter.

Georgetown, other historical beneficiaries of slavery, should be held accountable