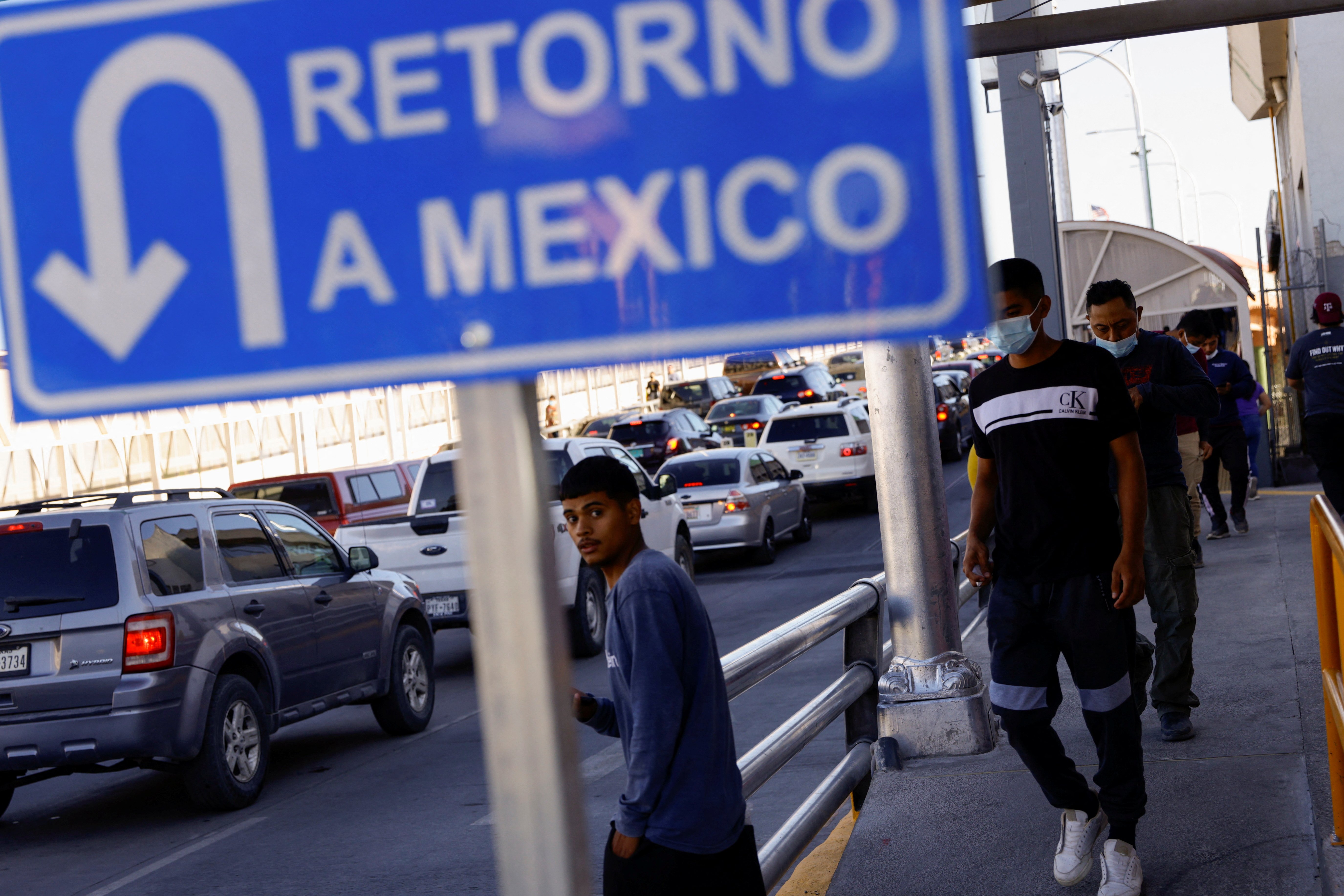 Migrants expelled from the U.S. and sent back to Mexico under Title 42 walk toward Mexico at the Paso del Norte International border bridge in Ciudad Juarez, Mexico, May 21, 2022. (CNS photo/Jose Luis Gonzalez, Reuters)

WASHINGTON — The much-anticipated May 23 deadline on Title 42 came and went at the U.S.-Mexico border without any changes allowing migrants in, including asylum-seekers, after a federal judge blocked the government from lifting the health measure instituted during the pandemic.

Biden administration officials had announced the government would do away with Title 42 on that date. The Trump-era restriction kept migrants from entering, citing health concerns at the start of the coronavirus pandemic in 2020.

But just as it was about to be lifted, Judge Robert R. Summerhays, a Trump appointee on the U.S. District Court for the Western District of Louisiana, said May 20 that "the court concludes that the public interest would be served by a preliminary injunction preventing the termination of the CDC's Title 42 orders."

The Biden administration, criticized for not ending the measure sooner, said it was waiting for direction from the Centers for Disease Control and Prevention to end Title 42. That direction came in early April, when the CDC determined that because of better access to vaccines, a plan to immunize migrants and lower infection rates, the order could be lifted.

Authorities at the U.S.-Mexico border began preparing for an immigration surge even as politicians from both parties objected to the end of Title 42.

The ruling was a response to a lawsuit in which 24 "plaintiff states" said the health agency "failed to consider the effects of a Title 42 termination on immigration enforcement and the states." That includes having to spend resources on "education, health care and criminal justice costs" because of a "surge in border crossings and that this surge will result in an increase in illegal immigrants residing in the states."

Faith-based groups, including organizations affiliated with the Catholic Church, that support immigrants were quick to respond to the ruling.

"Using the COVID-19 pandemic as a pretext to close the U.S. border to those seeking protection, the policy has resulted in over 1.9 million expulsions without due process," said the Lutheran Immigration and Refugee Service in a May 20 statement.

The ruling, LIRS said, "means that Title 42 will not be rescinded on May 23 as planned by the administration, preventing people fleeing violence and persecution from exercising their legal right to seek asylum."

Network, a Catholic lobby for social justice, said the ruling was sending asylum-seekers "back to harm."

"Continued Title 42 expulsions will only mean more danger and death for migrants seeking safety at the U.S. border," said Ronnate Asirwatham, Network's director of government relations. "Title 42 was first invoked as a health policy. Since then, it has been used as an expulsion policy to end asylum as we know it.

"Seeking asylum is legal. Justice-seekers will not allow our federal policies to bend to xenophobia."

The Biden administration said it would appeal the ruling, but also would continue to enforce it until then.

"This means that migrants who attempt to enter the United States unlawfully will be subject to expulsion under Title 42," White House press secretary Karine Jean-Pierre said in a May 20 statement.