Feminist theologian Elizabeth Johnson retires from teaching, but not theology 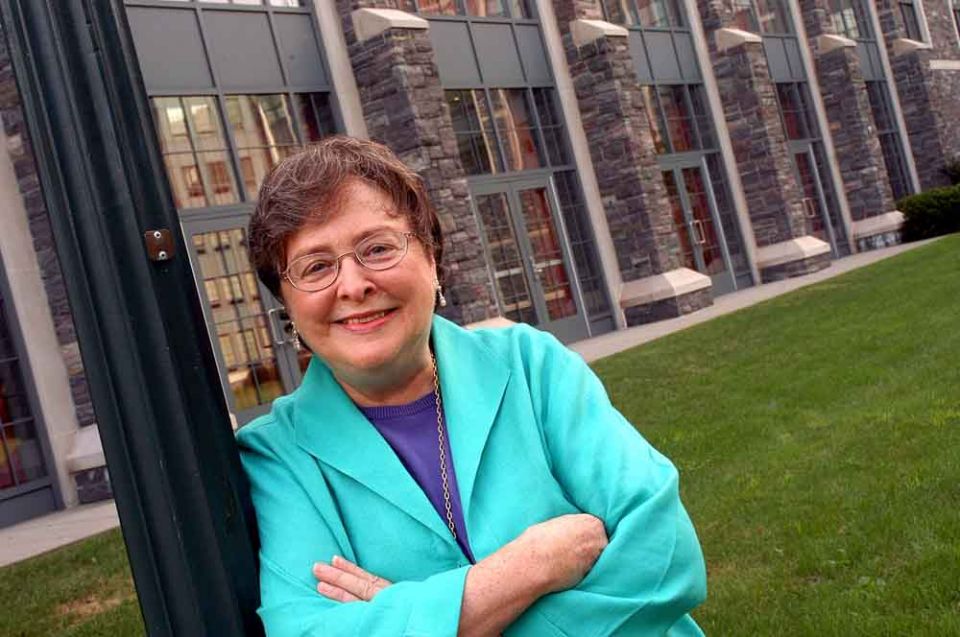 Once feminist theologian St. Joseph Sr. Elizabeth Johnson decided she would retire from teaching at Fordham University, she invited current and former doctoral students, graduate assistants and mentees to help themselves to books from her personal library, many of the volumes marked with annotations in her own handwriting, and at least one containing a personal letter from the author.

The recipients, most of them just beginning their own teaching careers, were struck by the selflessness and generosity of the poignant gesture, especially when they considered how those books had influenced Johnson's own theological thinking and development through more than five decades of studying and teaching theology.

It was "quintessential Beth," her friends and colleagues say. So, too, was her decision to not only discern the decision to retire this May, but to research it, since she doesn't do anything — even retirement — haphazardly or halfway.

In preparation, Johnson told NCR, she re-read developmental psychologist Erik Erikson's book on his stages of life, in which he describes the final stage as the time for either ego integration or despair.

Johnson, now 76 and perhaps best known for the 2011 public criticism of her book Quest for the Living God by the U.S. bishops' Committee on Doctrine, is not planning on despair. 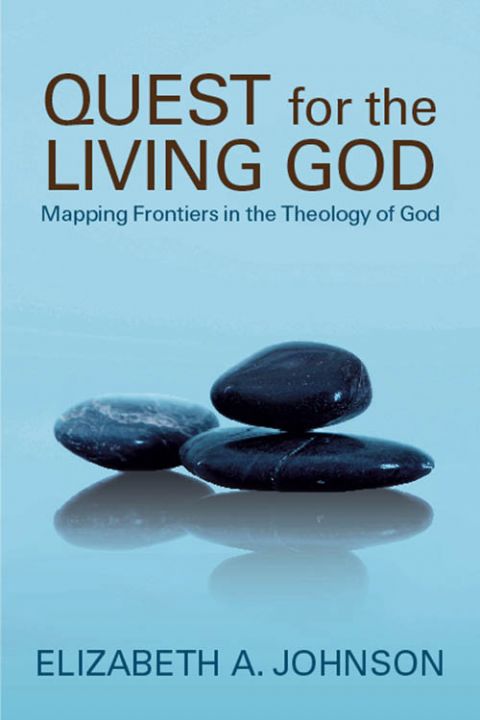 Cover to "Quest for the Living God: Mapping Frontiers in the Theology of God" by Sr. Elizabeth Johnson (CNS/Edward Addeo)

In fact, Johnson is retiring from full-time teaching and university-related work precisely so she can better attend to her own quest for God, both spiritually as a Sister of St. Joseph and as an academic theologian — two vocations that cannot be separated for her.

"It was a discernment process," she told NCR, about her decision, which has been a couple years in the making. "It didn't happen overnight. But there was this feeling inside myself of wanting to have more time to be contemplative, to read quietly without the pressure to produce, to live in a way that's more appropriate to my age."

Johnson is looking forward to a slower pace. She wants to spend more time at museums in her beloved New York City, on the beach and in the garden. She wants to read mystery novels (especially ones with female protagonists) and play with her new kitten. She is interested in volunteering to teach English as a second language, though she will wait to adjust to retirement before making big decisions.

"It's really unknown territory," she said, recalling that even sabbaticals and summers have been for writing books for decades. "I have worked my entire life on a very high-powered schedule."

Johnson said she won't miss the repetitive grading of blue book quizzes, though she did enjoy reading and evaluating research papers. And she has loved teaching, finding it immensely satisfying to be able to "pass on the faith" in a critical way — to prompt students to think in new ways about Catholicism, even if some of them don't practice it.

"It's just so fascinating to listen to their questions, to engage them in different ideas," she said.

And her students — both undergraduates and those in master's or doctoral programs — say she is a patient and caring teacher, in addition to a world-class theological mind.

"Being a student of Beth's is an incredibly humbling experience and a privilege, not only because you're in the presence of a scholar who has shaped the Roman Catholic intellectual tradition but also because she's a phenomenal teacher," said Meg Stapleton Smith, a doctoral student in theological and social ethics at Fordham.

Paul Schutz, who did his doctoral work with Johnson and now teaches at Santa Clara University, sees a "theology of accompaniment" lived out in her teaching. "Beth's most wonderful gift — in teaching and in scholarship — is this openness to people and ideas, and this willingness to just be there and be present."

She has been known to share frequent flyer miles with a needy student who needed to get home for a family emergency, or buy an umbrella for a student she noticed did not have one on a rainy day.

Junior Pearse Walsh shared some of his faith struggles during Johnson's class on "Christ in World Cultures," which he called "the most memorable class I've taken at Fordham."

"I told her I think Jesus Christ is really an awesome guy, and I agree with the things he said, but I don't believe he's the son of God," Walsh said.

In response, Johnson ordered him a copy of Hans Kung's 800-page Does God Exist? and suggested he read it. While he is waiting for summer break to crack it open, Walsh said he has already become more open to spirituality and different worldviews from Johnson, whom he calls a "spiritual guru."

Johnson also has the reputation, at least among undergraduates, as being a tough but fair teacher.

Hannah Ervin, a senior theology major who will be headed to graduate school at Union Theological Seminary in New York next fall, thanks in part to Johnson's encouragement, found it exciting to learn from a prominent feminist theologian whose writings had been assigned in other classes.

Ervin worked hard in Johnson's class and thought she had earned an "A," only to receive a "B+." But Johnson explained that she needed to speak up more in class. "She was right," admitted Ervin. "And her willingness to be frank and sincere, but still encourage me is something I will never forget."

Johnson also has been influential in helping to build the Fordham theology department into one of the strongest in the country, and she feels confident she is leaving the department — and theology, in general — in good shape.

"In both my own university and across the nation, I see very fine younger theologians," she said. "This is my deep conviction: doing theology in the church is the work of the Holy Spirit. I don't see it diminishing in any way just because I'm not doing it."

Others disagree. "It is a bittersweet moment," said J. Patrick Hornbeck, chair of Fordham's theology department, who believes Johnson deserves retirement after her 27 years of service to the school. "But there's no question it's a loss."

Johnson's close friend and fellow feminist theologian Dominican Sr. Mary Catherine Hilkert, of the University of Notre Dame, said her retirement is "a huge loss for Fordham, for Catholic higher education and for Catholic feminist scholars."

"But, at the same time, Beth has always been somebody who discerns wisely and knows her own heart," said Hilkert. "It's the right time. She wants to shift her energy to her other love, the research that has always been at the heart of her teaching."

Johnson said she already has several ideas "in the hopper," with folders of background research compiled and ready, though she is not yet writing her next book.

Her most recent one, Creation and the Cross, from Orbis Books, will be the focus of Fordham's celebration of her retirement, to be held from 6:30-8:30 p.m. Monday, April 30, at the Fordham Law School. The evening will feature a free lecture — more of a "conversation," she said, between Johnson and Jesuit Fr. James Martin of America magazine. It had to be moved to a larger venue because of the response.

In addition, Crossroad Books will celebrate last year's 25th anniversary edition of her groundbreaking book, She Who Is at the Catholic Theological Society of America convention in June.

Johnson's legacy is "very much in hand," Hornbeck said, but she is not done yet.

"I relish the thought of having a stretch of time so that I can just be peaceful and find my way through it," she said. "But I'm not going to disappear."

[Heidi Schlumpf is NCR national correspondent. She is the author of Elizabeth Johnson: Questing for God. Her email address is hschlumpf@ncronline.org. Follow her on Twitter @HeidiSchlumpf.]

Difference of opinion, not poor PR, at heart of feminism debate