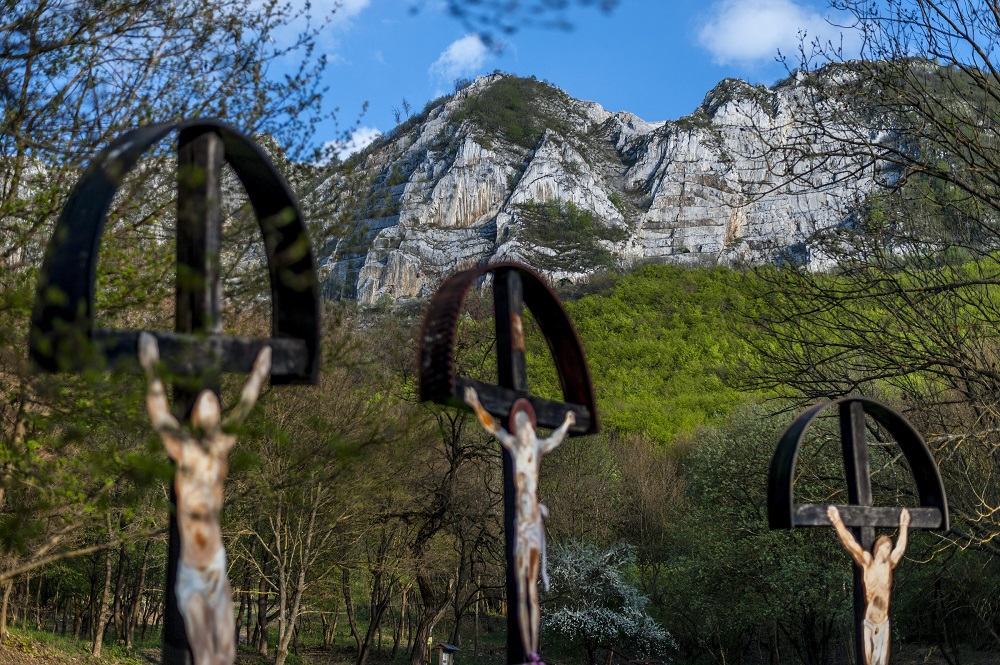 Crucifixes are seen near a closed limestone mine near Belapatfalva, Hungary. (CNS/EPA/Zsolt Czegledi) 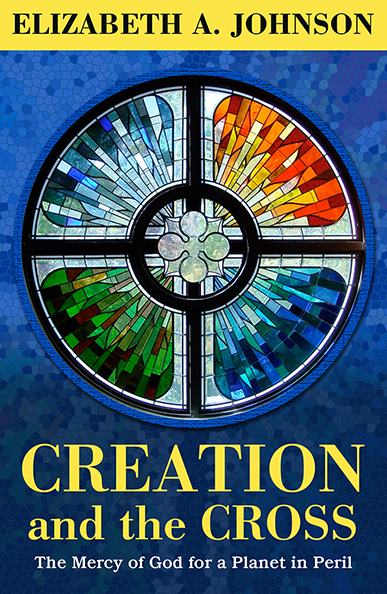 Creation and the Cross

CREATION AND THE CROSS: THE MERCY OF GOD FOR A PLANET IN PERIL
Elizabeth A. Johnson
256 pages; Published by Orbis Books
$28.00

In January, Scientific American shared some disturbing news: Researchers had determined that between 1990 and 2015, concern about the environment and climate change had declined among U.S. Christians. Since the study didn't distinguish between denominations, and since Pope Francis' environmental encyclical, "Laudato Si', on Care for Our Common Home," was published in 2015, you may find yourself hoping, as I did, that U.S. Catholics don't share this decline in concern.

Unfortunately, certain powerful theological paradigms going back well before the Reformation make such a distinction unlikely. In her splendid new book, Creation and the Cross, theologian St. Joseph Sr. Elizabeth Johnson takes on one of them: the notion that salvation is an exclusively human matter, having nothing to do with the rest of creation.

"What would it mean," she asks, "to rediscover the biblical sense of the natural world groaning, hoping, waiting for liberation?"

Johnson traces this dualism between redemption and creation back to the work of the 11th-century theologian Anselm of Canterbury and, in particular, to his "satisfaction theory" of salvation, as formulated in his book Cur Deus Homo (Why God Became Human). Anselm's answer to the question, Johnson explains, is that Jesus had to become human and die on the cross to pay back what was due to God for human sin. This theory, we learn, has played a pivotal role in Christian theology and practice ever since.

But Anselm's satisfaction theory is an interpretation of the cross, not its only possible meaning. Like all interpretations, it is shaped by the social context from which it emerged, in this case, feudalism, where local rulers required subjects to make satisfaction — to pay — for breaking the law.

In contrast, Johnson proposes an accompaniment theology of salvation, in which Jesus' brutal death "enacts the solidarity of the gracious and merciful God" with all those who suffer, including the poor, species that undergo extinction, and all the rest of creation. She traces this back to the creator God of the Hebrew Bible, the Holy One of Israel who promises liberation to the Israelites in Egypt and later in Babylon.

But this redemption is not some tradeoff, as the satisfaction theory implies, but a redemption poured out by a God whose compassion for us is that of a mother for her child, a redemption that causes streams to flow in dry land and wilderness to bloom.

It is this liberating God who sends Jesus, not to pay for our sins, but to bring good news to the poor, to proclaim release to the captives, to let the oppressed go free. But Jesus' proclamation of God's kingdom constituted a serious challenge to the Romans who ruled Israel during his lifetime. The cheering crowds who greeted him, especially during his entry into Jerusalem, as well as his confrontation with the moneychangers in the Temple, constituted such a threat to the unjust power of empire that the rulers crucified Jesus in order to silence him.

Yet, instead of death silencing him, the Resurrection made Jesus present to the disciples in an entirely new way, enabling them to take the liberating message of the compassionate God to the ends of the Earth and to all of creation. And through the early church's recorded memories of the crucified and risen Christ, this understanding of the cross as an expression of the compassion and mercy of God spread throughout the world.

The culmination of this accompaniment theology is something Johnson calls "deep incarnation." The creator God is, she explains, the God of all flesh, with flesh not signifying only sin, as the dualism between spirit and matter suggests, but the finitude and death suffered by all creation, including God's own son. With the Resurrection, this "flesh was called to life again in transformed glory." 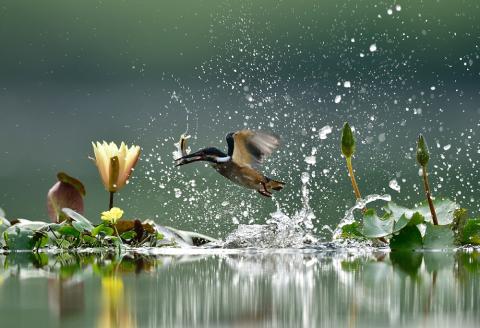 Creation and the Cross concludes with a call to all of us to a conversion, in our actions as well as our beliefs, to love of the Creator/Redeemer of the whole world and the entire cosmos. Within this conversion, mistreatment of the Earth is as much a sin as mistreatment of other humans.

In order to repent, we must understand ourselves as members of the whole "community of creation," whose suffering is our suffering. The cross, then, is the icon of God's compassionate love for everyone and everything.

For all Johnson's disagreement with Anselm's satisfaction theory, she does show her appreciation for another aspect of Cur Deus Homo, and to such an extent that she actually imitates it: the question-and-answer format Anselm uses to make his theology accessible. Of course, no book is perfect, and in the case of Creation and the Cross, Johnson's interlocutor, "Clara," sounds, from time to time, suspiciously like a theology professor.

That limitation notwithstanding, the Q&A format, combined with Johnson's gift for clarity and strategic summarizing, makes this book an ideal tool for helping us all expand our understanding of redemption to include all of God's beloved creation.

In a review of this length, it is not possible to do justice to the range of biblical and theological sources Johnson draws upon to lay out her deep incarnation theology. The depth and accessibility of such material throughout the book makes Creation and the Cross an ideal resource for RCIA participants seeking to achieve an understanding of the faith.

But, really, given the feeble concern so many U.S. Christians feel for God's creation even in the face of increasing numbers of massive fires, extreme weather events, droughts and flooded cities, Creation and the Cross is a book we all need to read, and we need to read it soon.