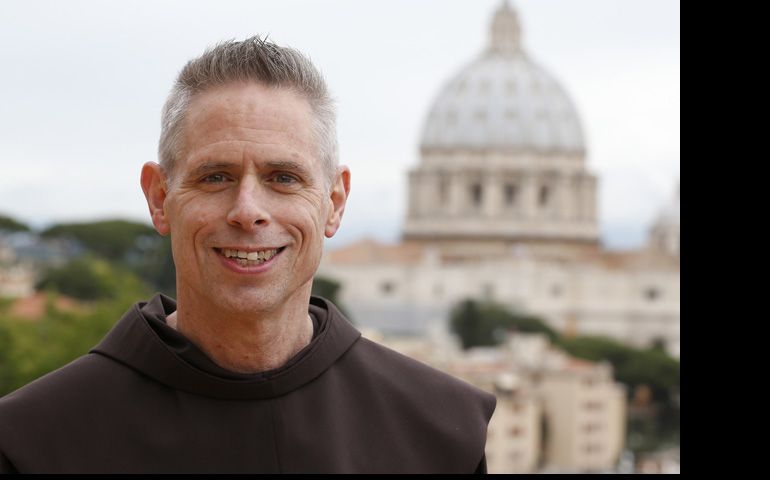 Assisi, Italy — Delegates to the general chapter of the Franciscans elected U.S. Franciscan Fr. Michael Perry to a six-year term as head of the order after he had served in the role for two years.

Perry, 60, was elected in 2013 to complete the six-year term of Spanish-born Franciscan Fr. Jose Rodriguez Carballo, who was named an archbishop and secretary of the Vatican Congregation for Institutes of Consecrated Life and Societies of Apostolic Life. Perry was re-elected May 21.

In December, Perry announced that an investigation of the books of the headquarters concluded that ineffective budgetary oversight and "questionable" financial activities plunged the headquarters into significant debt and an extremely serious financial situation.

According to the Vatican yearbook, the Order of Friars Minor -- the formal name of the Franciscan order led by Perry -- has 14,046 members, of whom 9,508 are priests.

Before being elected to finish Archbishop Rodriguez Carballo's term, Perry had served as the order's vicar general.

In 2008, less than a year before his election as vicar general, Perry was elected provincial of the Franciscans' St. Louis-based Sacred Heart Province.

Perry had worked on African development for Catholic Relief Services, as an international policy adviser for the U.S. Conference of Catholic Bishops and as head of the Africa desk at Franciscans International at the United Nations. He spent 10 years as a pastor, teacher and development director for Franciscan programs in Congo.

A native of Indianapolis, Perry holds a doctorate in religious anthropology, a master's of divinity in priestly formation and a bachelor's in history and philosophy. He entered the Franciscans in 1977 and was ordained a priest in 1984.

Province to withdraw its Franciscans from ministry in Charleston Diocese