How Catholics got conned by Donald Trump

A psychological analysis of the president and his supporters 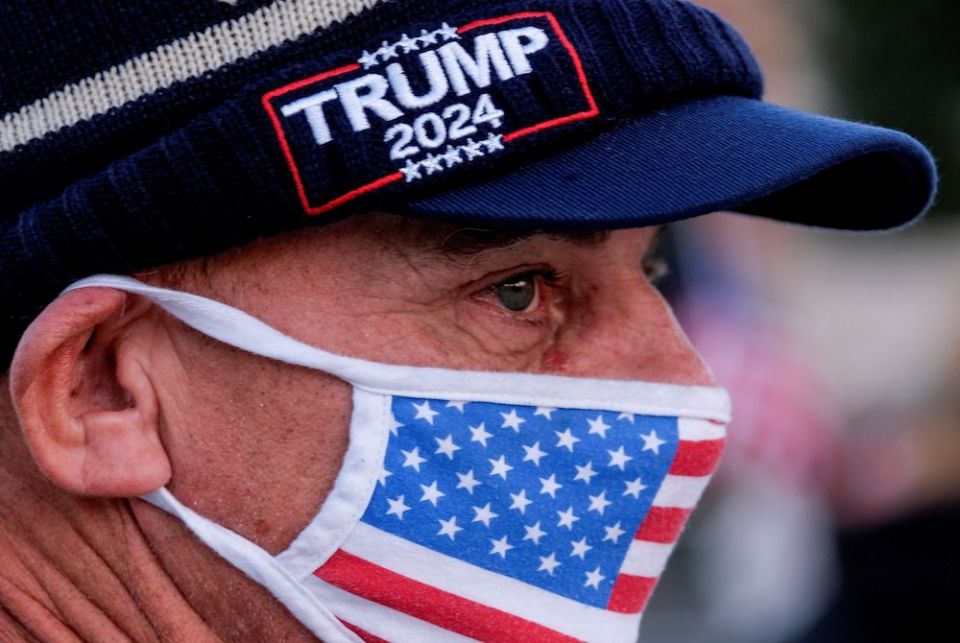 It was never about "pro-life." Many Americans, including Catholics, voted for Donald Trump because they believed he was "pro-life." Those who did were conned by the con artist himself. Others knew but did not care that his recently claimed "pro-life" stance and his revolving membership in the Republican Party were born less of personal conviction and more of political expediency. As pundit Pat Cunningham has said: Some like him because "he hates the same people they hate." The sea of white faces in the mob that attacked and ransacked the Capitol tells the story.

In 2017, a team of 27 alarmed mental health professionals wrote a book, The Dangerous Case of Donald Trump, attempting to warn of the danger he posed to the U.S. and the world. They described an impulsive, callous man with a history of multiple failed businesses. This "has been" reality TV personality was revealed as a hedonist who cared only about his own self-interest. He had a reputation for using and abusing women, borrowing money that he did not pay back and getting revenge against people he deemed disloyal to him. His resume suggested sociopathic narcissism.

We had elected him president of the United States.

The psychiatrists and psychologists turned to the Hare Psychopathy Index to help describe a profile of Trump. In him, the authors recognized the patterns of exploiting, lying, blaming, manipulating, entitlement, impulsive behavior and avoiding responsibility that characterizes the narcissistic sociopath.

The sociopath typically has a history of cruelty, feeling neither guilt nor remorse for hurting others. They are vindictive, lacking in empathy, and rarely learn from their mistakes. If well-funded, they often escape penalty for wrongdoing. Using real-life examples from Trump's life: a sociopath has no qualms about separating babies from their mothers, mocking a disabled reporter, ridiculing public figures or firing others at will. He will stop at nothing to get what he wants, including inciting violence.

So, how did this predatory con artist, who convinced so many Americans that there was a swamp he would drain, build a far murkier swamp instead of a wall? 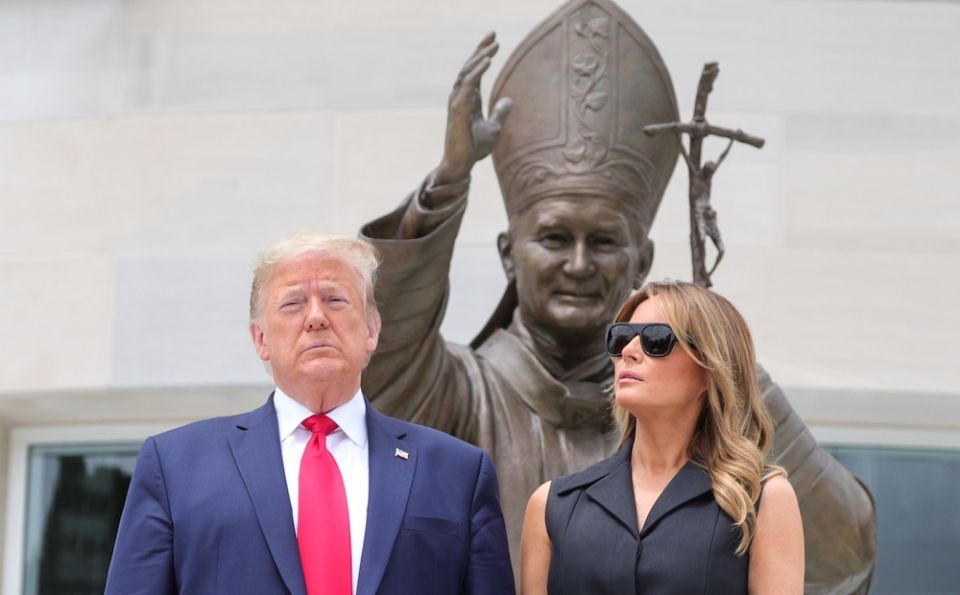 The clues were emblazoned on the red hats and in the chants at every rally: Make America Great Again! Fake news! Lock her up! You're fired! Drain the swamp! Build a wall! These slogans had the power to whip the crowd into a frenzy, giving Trump a fresh source of energy — or as psychologists would say, "narcissistic supplies."

As he paced the stage, smiling, clapping, egging them on, he did not need to offer a substantive political message. The glib slogans, chanted at every rally, gave him cover for an incoherent foreign policy and distraction from the absence of a national plan to address the deadly coronavirus — the suffering it causes never seemed to bother him.

The swamp metaphor, not original to Trump, was repeated hundreds of times in tweets, hashtags and rallies. Its prolific use hinted at a metaphorical "swamp" inside of Trump, a dismal gathering of forbidden impulses and traits that he needed to hide.

To keep from being exposed, Trump, like many with narcissistic/sociopathic traits, makes frequent use of psychological defense mechanisms. Among them is projection, whereby his own deep impulses and attributes are denied by ascribing them to others.

For example, did a president who has been reported to harbor profound insecurities project his own internal sense of smallness onto "little Marco," (Rubio) his well-documented ease of lying onto "Lyin' Ted" (Cruz) or his multiple suspected crimes onto "crooked Hillary" (Clinton)? How ironic that the "lock her up" chant could now become his own fate. And is "crazy Joe" (Biden) just an invitation to ignore the assertions of insanity that have always swirled around Trump?

To the extent that his adolescent name-calling sometimes got more press than his lack of leadership, his method worked. But if we would have listened closer to his disparaging monikers and connected the dots, we would have had a roadmap to his mind and his plans.

America and the rest of the world now bear the battle scars of four years under Trump's failed leadership. In the end, with the "divide and conquer" style of the sociopath, American democracy has been wounded and its core tenets damaged. It will take time to rid our country of alternative "facts" and to heal families divided by false reports of election fraud, misinformation about voting machines and a catalog of lies that have overwhelmed fact-checkers. 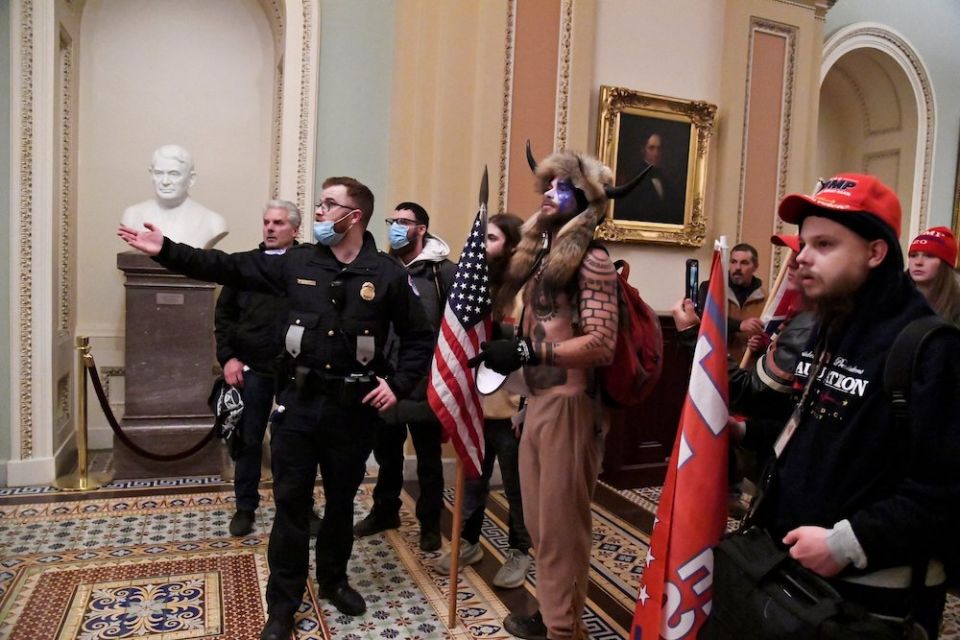 A police officer speaks to supporters of President Donald Trump who got inside the U.S. Capitol Jan. 6, 2021. (CNS/Reuters/Mike Theiler)

Delusional cult leaders create delusional followers. In the televised scenes of the Jan. 6 attempted coup at the U.S. Capitol, we saw alarming images of this "collective delusion" in our national psyche. Scattered among the confederate flags, MAGA caps, neo-Nazi insignias and a "Camp Auschwitz" T-shirt, there were also signs declaring that "Jesus Saves."

Many who viewed these scenes were shocked by this conflation of right-wing politics and religion, specifically white supremacy and Christianity. But this is neither shocking nor surprising. Despite long-standing protestations, beneath the rhetoric of "liberty and justice for all," this is who we are — or at least a large swath of our citizens.

More than 74 million people voted for Trump in 2020. For the 81% of white evangelicals who cast their ballots for him, this is a predictable statistic. From the early 1970s, Jerry Falwell, James Dobson and Pat Robertson have framed and fanned the religious right's political agenda.

But what about Catholics? How do we explain the fact that nearly 57% of white Catholics voted for Trump in this last election? Or that many Catholic bishops likely cast their ballots for him as well? How did the leaders of the Catholic Church and so many of its members get pulled into this quicksand of resentment, this hijacking of the Gospel?

The answer to these questions is complex, but we offer four major reasons:

The complicity of Catholic leaders with right-wing politics: The moral credibility of the Catholic Church, already crippled by the sex abuse crisis, has been further damaged by the U.S. bishops' conference aligning itself with fundamentalist religion and right-wing politics. To be sure, there are a dozen or more courageous bishops who have spoken out against this, but they stand in stark contrast to those bishops who publicly supported Trump. And the rest? It appears they settled for the "silence of the shepherds."

The assault on truth: Decades before the election of 2016, the "politics of resentment" was already well established in the Republican Party. When Trump seized on the "birther" issue against Barack Obama, he was simply riding the wave of misinformation that had been building for years. Now millions of citizens, including many Catholics, live in an alternate universe created by the real "fake news" of Facebook, Parler, Fox News, Rush Limbaugh and QAnon. The truth is this insurrection on Capitol Hill was not a protest; it was domestic terrorism wrapped in the flag and carrying a Bible. For a church that emphasizes the centrality of truth, this is a baffling collaboration with falsehood. 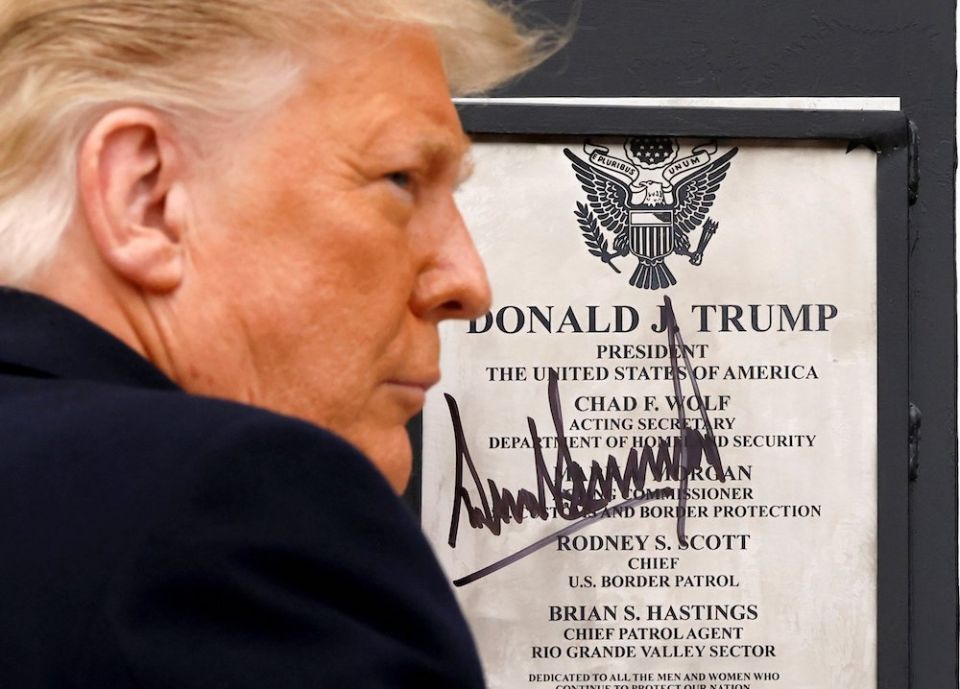 The failure of prophetic imagination: The Second Vatican Council ended more than 50 years ago, but the institutional church in the U.S. has failed to create a communication network to implement its vision and practice. Instead, the bishops have, by the failure of initiative and imagination, allowed EWTN to become the voice of Catholicism. The worldwide reach of EWTN evolved from pre-Vatican II traditional piety to advocating for right-wing partisan politics. EWTN anchor Raymond Arroyo is a frequent guest on Laura Ingram's Fox News program. Is this really how the church intends to evangelize our culture?

Resistance to the pastoral vision of Pope Francis: Despite their polite rhetoric, the U.S. bishops, as a group, have not affirmed the prophetic vision and pastoral practice of Francis. If anything, they have passively resisted it and, at times, actively rejected it. This, in turn, has given encouragement for right-wing Catholic movements to become more vocal in their opposition to Francis. Timothy Busch, the Napa Institute, the Knights of Columbus, William Barr, Steve Bannon and the Federalist Society now lead the lay resistance to Francis and the opposition to finishing the work of Vatican II.

How are we to respond to this painful reality? We offer not advice, but an image of active hope. Late Wednesday night, following the riots in the Capitol, U.S. Rep. Andy Kim spent almost two hours on his knees picking up debris on the floor of the Rotunda before returning to the congressional caucus to certify the election of Joe Biden and Kamala Harris. Kim is the first Asian American congressional representative from New Jersey.

His response is a challenge to each of us. What can we do now? We can kneel and pick up the broken promises of justice, the scattered pieces of the Gospel. We can kneel as humble servants to clean up the debris of fear and hatred. And we the people, all the people, can stand together in the long road of healing.

[Fran Ferder is a Franciscan sister and a clinical psychologist. Fr. John Heagle is chair of the Gospel Nonviolence Working Group for AUSCP (the Association of United States Catholic Priests). They share a counseling ministry in Oregon.]

A version of this story appeared in the Feb 5-18, 2021 print issue under the headline: How Catholics got conned by Donald Trump .

Commentary | How Catholics got conned by Donald Trump

Your thoughts on Catholic complicity in Capitol attack