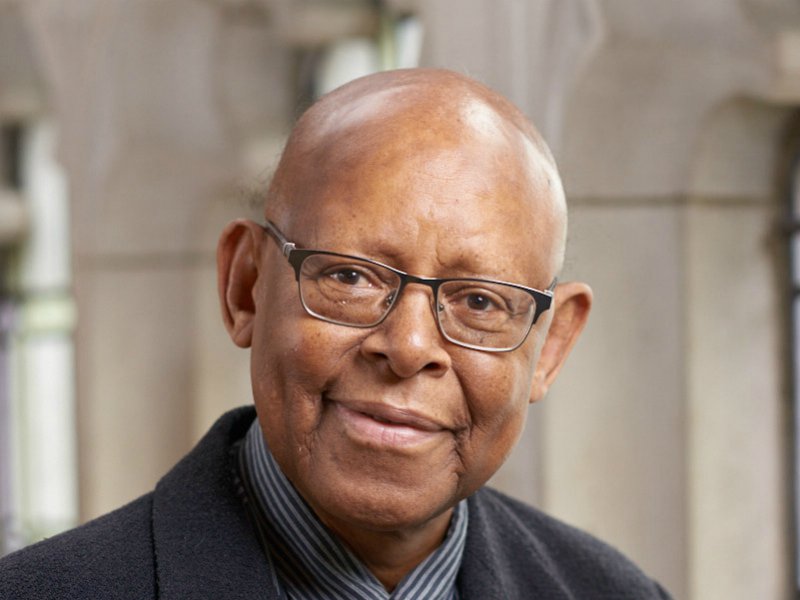 The author of such books as "Black Theology & Black Power" and "God of the Oppressed" joined the faculty of the New York City seminary in 1969.

"In so many ways, James Cone has been Union Theological Seminary for the past 50 years," said Union President Serene Jones. "To say his death leaves a void is a staggering understatement. His prophetic voice, deep kindness, and fierce commitment to black liberation embodied not just the very best of our seminary, but of the theological field as a whole and of American prophetic thought and action."

His theology contrasted sharply with traditional theological approaches in that he articulated God's identification with U.S. blacks. In portraying Christ's blackness, he upended the assumptions of a field dominated by white theologians and helped spawn other theories of liberation.

In the introduction of his most recent book, "The Cross and the Lynching Tree," Cone noted that he was making connections many others had not.

"Despite the obvious similarities between Jesus' death on a cross and the death of thousands of black men and women strung up to die on a lamppost or tree, relatively few people, apart from black poets, novelists, and other reality-seeing artists, have explored the symbolic connections," he wrote.

Cone's book was honored with the 2018 Grawemeyer Award in Religion, a joint award from Louisville Presbyterian Theological Seminary and the University of Louisville. Earlier this month he was elected as a fellow of the American Academy of Arts and Sciences, an honor earlier received by former President Barack Obama, Supreme Court Justice Sonia Sotomayor, and author and educator Ta-Nehisi Coates.

A native of Fordyce, Ark., Cone was an ordained minister in the African Methodist Episcopal Church. He was promoted to the position of full professor of theology in 1973 at Union and was named the Bill & Judith Moyers Distinguished Professor of Systematic Theology in 2017. He taught and researched Christian theology at the seminary, focusing on black liberation theology and the liberation theologies of Africa, Latin America and Asia. He also taught about 19th- and 20th-century European-American theologies.

Cornel West, Harvard University professor of the practice of public philosophy, summed up the life of his friend and colleague: "James Cone was the theological giant and genius in our midst! He was the greatest liberation theologian to emerge in the American empire—and he never ever sold out."

A version of this story appeared in the May 18-31, 2018 print issue under the headline: James Cone, 'founder of black liberation theology,' dies at 79.