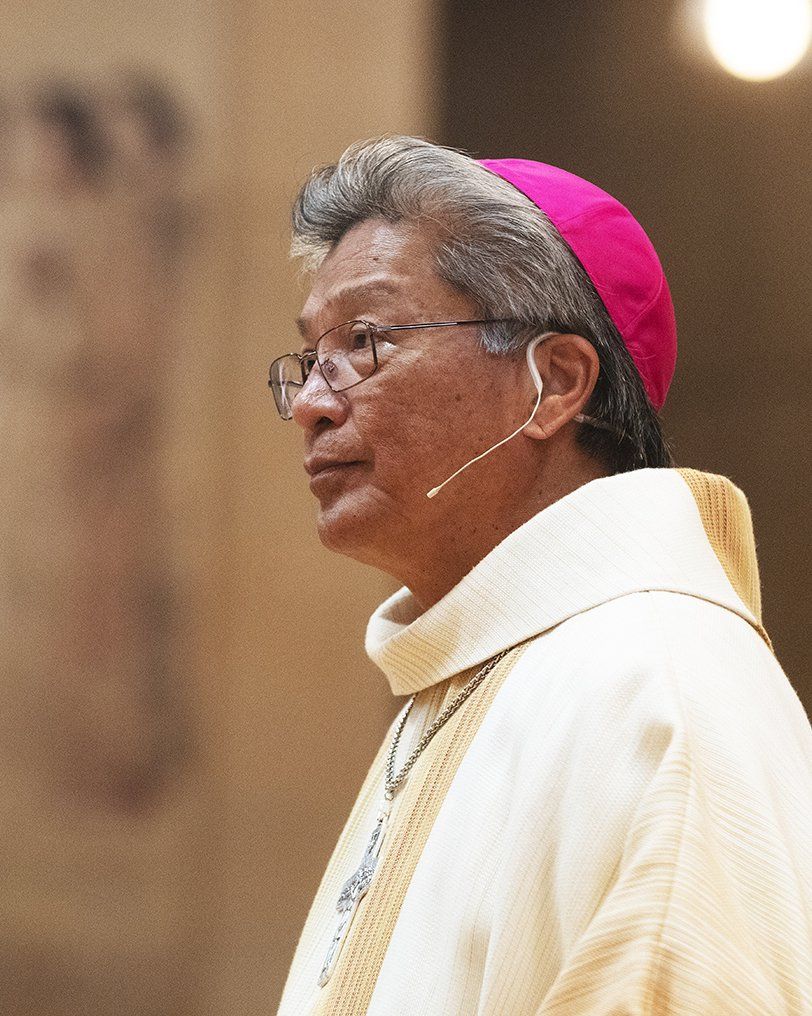 Auxiliary Bishop Alex D. Aclan of Los Angeles is seen during his episcopal ordination at the Cathedral of Our Lady of the Angels in Los Angeles May 16, 2019. (CNS photo/Victor Aleman, Angelus News)

The 71-year-old was in stable condition at an area hospital and was undergoing observation and testing, according to an Aug. 22 email sent to clergy and staff of the Archdiocese of Los Angeles' San Fernando pastoral region.

"The bishop is in good spirits, but very tired," read the update from the regional office. "He is very thankful for all your prayers."

An email message sent to all archdiocesan employees on behalf of Aclan's family also requested prayers for the bishop. His hospitalization came as his fellow archdiocesan priests began their annual three-day presbyteral convocation in La Quinta, California.

Los Angeles Archbishop José H. Gomez said that he and his brother priests and bishops will be praying for Aclan's full and speedy recovery.

"We entrust Bishop Aclan to the maternal care of Our Lady of Guadalupe and we ask that she bring him healing and strength and give comfort to his family and loved ones," the archbishop said.

Aclan has overseen the Archdiocese of Los Angeles' San Fernando pastoral region since becoming a bishop in 2019.

Born Feb. 9, 1951, in Pasay City, Philippines, he had a successful career in information processing before immigrating to California in the early 1980s. A few years later, he entered St. John's Seminary and was ordained a priest of the archdiocese in 1993.

He ministered in several parishes before he was named vicar for clergy for the archdiocese in 2015.

When he was named a bishop, Gomez called him a "proud son of our vibrant Filipino community" and "a man of prayer."

"He has a true heart for Jesus -- and a deep concern for the people he is called to serve. And I know he will be a voice for Filipino Catholics, who are a beautiful sign of growth and renewal in our church here in Los Angeles and throughout the country," the archbishop said.

The Los Angeles area is home to the largest Filipino immigrant community in the United States.

Richard Curry, Jesuit who served people with disabilities and veterans, has died

After coronavirus, how will we learn to un-quarantine?