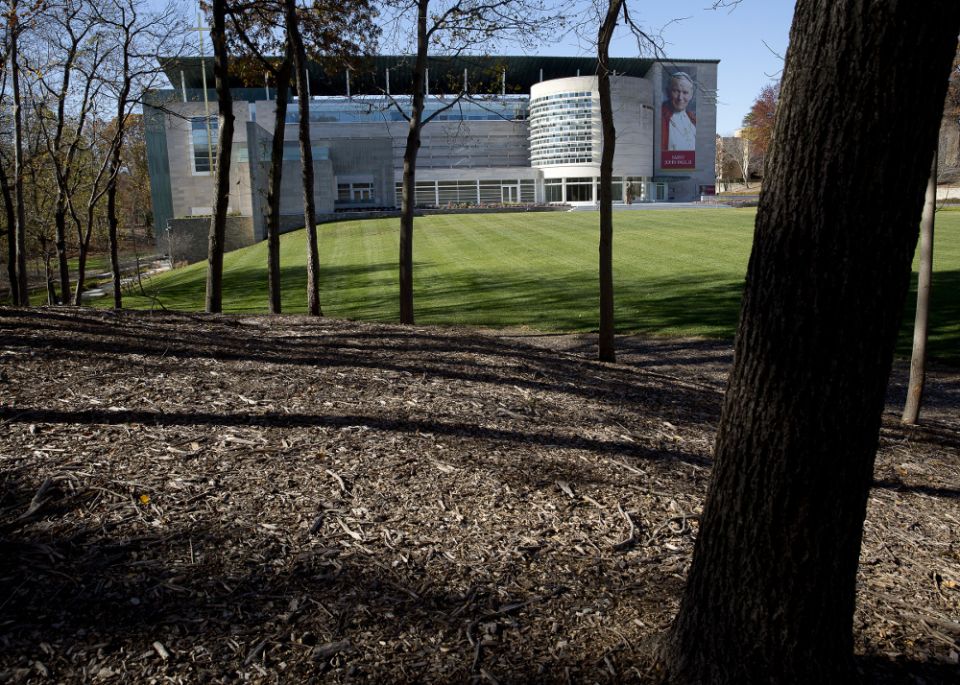 Washington — Over 130 pastoral leaders working in Catholic young adult ministry across the country are expected to attend the National Young Adult Ministry Summit May 15-17 at the St. John Paul II National Shrine in Washington.

Attendees will represent 53 Catholic archdioceses and dioceses, and 26 national organizations, movements and apostolates, according to a May 9 announcement from the U.S. Conference of Catholic Bishops.

The USCCB Secretariat of Laity, Marriage, Family Life and Youth is convening the invitation-only summit in collaboration with its ad hoc National Advisory Team on Young Adult Ministry.

In anticipation of the Synod of Bishops on young people, faith and vocational discernment taking place at the Vatican in October, "it is essential that Catholic leaders gather together to discuss and advance the church's work with young adults," said Archbishop Charles Chaput of Philadelphia said in a statement.

The archbishop made the comments as chairman of the bishops' Committee on Laity, Marriage, Family Life and Youth.

The USCCB said the summit will focus on peer conversation and networking around best practices and emerging models of ministry with young adults, especially in view of the synod and the growing number of young adults in their 20s and 30s who have no religious affiliation.

The National Advisory Team on Young Adult Ministry is organizing the summit. The ad hoc body was established in 2016 to assist the USCCB Secretariat of Laity, Marriage, Family Life and Youth in its efforts to serve young adult ministry in the United States.

The summit's sessions will be livestreamed to allow those unable to attend to participate in plenary discussions and be involved in an online dialogue.

The Catholic Apostolate Center, based in the Washington area, is making online access to the summit possible. The center, which also is providing financial support for the summit, is a ministry of the Immaculate Conception Province of the Society of the Catholic Apostolate, who members are best known as Pallottines.

A church that young adult Catholics can believe in